Mondli Makhanya | Cyril Ramaphosa is nothing more than a government spokesperson 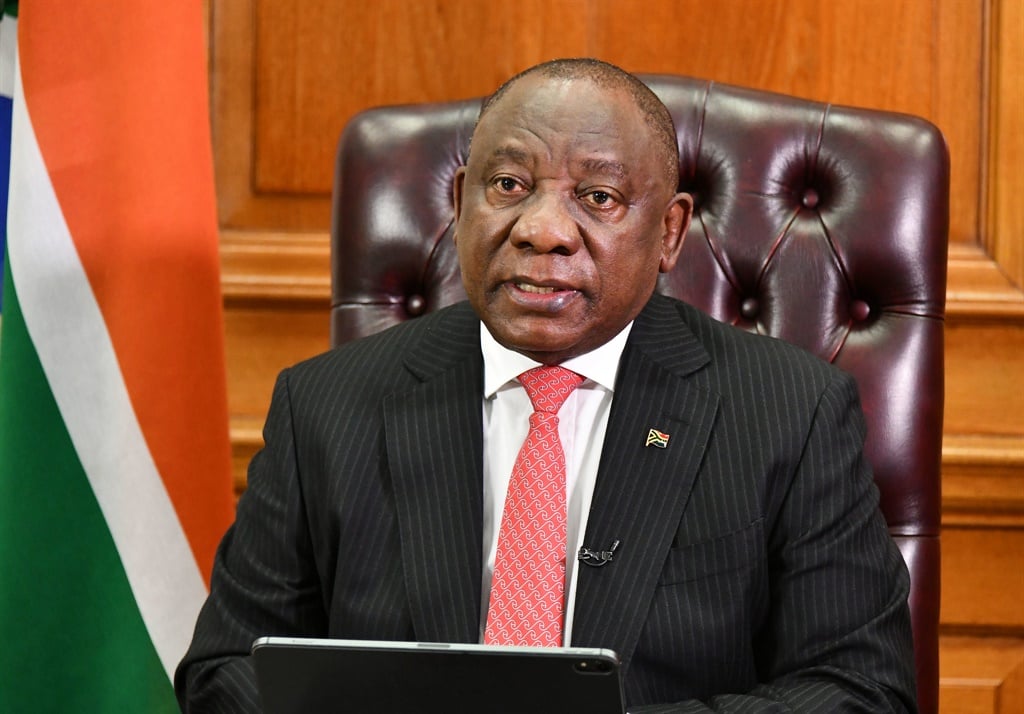 The strength and directness of the language used by Cosatu in its condemnation of his wimpish reaction to corruption should have President Cyril Ramaphosa very, very worried.

The statement issued by the ANC-aligned trade union federation on Monday was not just aimed at the government he leads or the party of which he is president.

The barbs were aimed directly at Ramaphosa as the leader of the institution of government, effectively accusing him of betraying the commitments he made when he was seeking to be elected president of the ANC in 2017 and of the country in 2019.

What we heard from Cosatu this week was a far cry from the ringing endorsement it gave the then deputy president of the ANC during his contest with Nkosasazana Dlamini-Zuma and during the 2019 general elections.

This week the federation let it rip on the man it campaigned for as a saviour from the rule of the Gupta empire.

While acknowledging that “the hydra of corruption” predates Ramaphosa’s February 2018 rise to power following the ouster of his predecessor Jacob Zuma, Cosatu charged that “the dysfunction, and feebleness of his administration in the face of this crisis is alarming”.

Even though we should not read this as Cosatu breaking ties with Ramaphosa, it is an important milestone in the relationship.

“We want to remind him that he made a solid commitment to the nation that he was going to champion the fight against corruption in the build-up to Nasrec. He promised to do away with the impunity that was prevalent in the previous administration. We demand more action from the president and fewer banalities and clichés,” the impatient-sounding statement said.

Speaking directly to Ramaphosa, it urged him “to do an honest introspection and recognise that this country is slowly sinking under the weight of corruption under his watch”, and implored him “to act fast to arrest this deterioration of the situation”.

Just consider this disparaging assessment of the head of state and the political head of the ANC-led tripartite alliance: “This political weakness keeps producing economic weakness. The ANC under his leadership continues to be seen as a rent-seeking, unaccountable caste. The president needs to act decisively and prove that his administration is not a powerless scarecrow with rubber teeth.”

And then this warning about promises made during the courting period several years ago: “He needs to honour his commitments made to the people of South Africa and prove that his promises were not just meaningless platitudes of a politician during the vote harvesting season.”

Even though we should not read this as Cosatu breaking ties with Ramaphosa, it is an important milestone in the relationship.

When Zuma unashamedly betrayed them by taking off his undergarments and jumping into the sheets with the Guptas, Cosatu was thrust into crisis.

It reflects a federation that has learnt the hard way about tying its fortunes too closely to an individual.

Because it never approved of the leadership of Thabo Mbeki – who was seen as the brains behind the Growth, Employment and Redistribution strategy – Cosatu unquestioningly embraced Zuma in the run-up to the 2007 Polokwane conference.

It gave him carte blanche backing and viciously attacked those who pointed out the corruptible one’s incorrigible ways.

He was a man of the people who was going to be awake to the aspirations of the working class.

He pretended to speak left and sang songs that made the people feel loved.

When Zuma unashamedly betrayed them by taking off his undergarments and jumping into the sheets with the Guptas, Cosatu was thrust into crisis.

But instead of holding him to his word, they turned on each other. Zuma paralysed Cosatu and by the time he began his second term the ANC was a divided house.

The supposed champision of the people left the country’s leading working class formation weaker and vulnerable. It has never fully recovered and likely never will.

Today’s Cosatu, weak and chastised, does not want to make the same mistake of waiting until the eleventh hour, when a leader has wreaked havoc, before acting.

Ramaphosa could no longer be allowed to play good cop to Mboweni’s bad cop. They had to call him out.

This week’s move was to make it clear it is not a slavish supporter of Ramaphosa.

Up until now the federation has steered clear of open confrontation with the president, preferring to attack policies and actions or the ministers and other functionaries who were behind those.

But they have been feeling let down by the man they had deliberately chosen not to take head on.

Ramaphosa’s failing to distance himself from the utterances of Finance Minister Tito Mboweni; Cabinet’s adoption of Treasury’s economic reform document which Cosatu deemed neo-liberal; the (necessary) jettisoning of the 2018 public sector wage agreement; the (necessary) acceptance of the recent International Monetary Fund loan was just too much for the labour movement.

Ramaphosa could no longer be allowed to play good cop to Mboweni’s bad cop. They had to call him out.

What better than an issue that resonates with South Africans at this dark hour: the insatiable greed of politicians and officials who could not stop themselves from plundering from life-saving resources.

Add to that the fact that Cosatu’s biggest affiliate, the National Education, Health and Allied Workers’ Union, has had to see its members exposed to life-threatening danger because of a shortage of protective gear.

And then to learn that politically connected people were having one hell of a fiesta with funds meant to fight the Covid-19 coronavirus.

Cosatu has now drawn the line and the SA Communist Party, another loyal Ramaphosa backer pre-Nasrec and in the period since then, has taken a similar line.

Within the party his detractors are emboldened by his indecisiveness and fear of a fight, and are determined to make him a one-term president.

No doubt there will be conversations, virtual handshakes and kiss-and-make up statements in the coming days and weeks. But it is done.

Had Cosatu wanted to just fire a warning shot and then go back to the old servile relationship, the language would have been tempered and the target generalised around government instead of focusing on an individual.

Ramaphosa now finds himself truly lonely. On the labour front the South African Federation of Trade Unions, headed by Zwelinzima Vavi, detests him and the policies of his government.

Big business is highly disappointed in him for not being firm in implementing the market-friendly reforms that the government has been advised to put in place in order to kick-start the economy, and civil society formations feel he has not acted fast enough against the perpetrators and sponsors of state capture.

That is outside of the ANC’s formal structures. Within the party his detractors are emboldened by his indecisiveness and fear of a fight, and are determined to make him a one-term president.

So all that leaves Ramaphosa as nothing more than a government spokesperson.

His supporters and close allies in the ANC shake their heads in despair as they see their pre-Nasrec efforts being wasted by someone who had so much political capital but had no willingness to spend it.

In Cabinet and in the national coronavirus command council he is just one of the people who turn up to listen and contribute, not as a leader but as a follower.

There is no sense that he leads either structure, something that he proudly puts down to his being a consensus-style leader.

So all that leaves Ramaphosa as nothing more than a government spokesperson.

Right now he is the guy who goes into the council and scribbles notes to read to the nation.

That is not what the nation wants. If it did, it would hire a presidential spokesperson to lead.

We live in a world where facts and fiction get blurred
In times of uncertainty you need journalism you can trust. For only R75 per month, you have access to a world of in-depth analyses, investigative journalism, top opinions and a range of features. Journalism strengthens democracy. Invest in the future today.
Subscribe to News24
Related Links
Mondli Makhanya | Buthelezi must be reminded over and over again about his crimes
Mondli Makhanya | White people must step up
Mondli Makhanya | National command council has become a mild form of a junta
Next on City Press
Alleyn Diesel | Taliban must acknowledge feminist theology

Sign-up to our newsletters and get the latest results and info in your inbox.
Voting Booth
Some parts of the City of Johannesburg have become dilapidated, with potholes, piles of garbage and the stench of urine now being the prominent features of these areas. Who is responsible for the deteriorating state of these areas?
Please select an option Oops! Something went wrong, please try again later.
Government failure
77% - 154 votes
Residents
10% - 19 votes
Overpopulation
13% - 26 votes
Previous Results
The best of 2020
Can you guess who featured in our most popular articles from 2020?