Mondli Makhanya: The culture of not caring 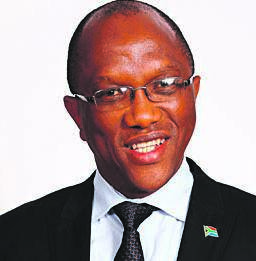 The latest report from the Auditor-General into national and provincial departments and state-owned enterprises (SOEs) is enough to drive Buddhist monks to drink.

For the uninformed, the fifth precept of Buddhism – by which this lowly newspaperman lives – reads thus: “I undertake the training rule to abstain from fermented and distilled intoxicants which are the basis for heedlessness.”

But if Auditor-General Kimi Makwetu were to give a PowerPoint presentation on his 2018/19 findings to a priory of monks, all would have no choice but to delve into distilled intoxicants.

In his report, Makwetu told us about a serious regression in audit outcomes.

He told us that only 26% of the institutions “managed to produce quality financial statements and performance reports that comply with legislation”, the financial health of those that had been audited “continues to be alarming”, and there was a “continued rise in fruitless and wasteful expenditure”.

An emerging risk, Makwetu said, was increasing litigation against departments.

A third of them had claims exceeding 10% of the following year’s budget, meaning that money would have to be diverted from other places, such as service delivery.

When it came to the implementation of key infrastructure, there was a persistent failure to achieve targets, progress reports were not reliable or credible and procurement irregularities were commonplace.

Furthermore, there was poor quality and a lot of waste and mismanagement.

“The widespread lack of consequences made the situation worse,” Makwetu remarked.

Shockingly, 72% of the audited entities “materially did not comply with legislation”, a 2% increase from the previous year.

There was also a high incidence of contracts being awarded to employees and their families without declarations, and little action was taken against those who flouted rules prohibiting public servants from doing business with the state.

Unsurprisingly, not a single SOE got a clean audit – there was actually a regression in most instances. Makwetu described this year’s overall outcomes as “the worst they have ever been”.

The situation in the provinces was also bleak, with most either regressing or showing negligible improvement.

Even Gauteng, one of the most well-run provinces with a record of good audit opinions, went backwards.

The Western Cape defied the national trend, something Makwetu attributed to the provincial leaders and administrative heads “instilling a culture of accountability and good governance, and implementing initiatives to strengthen this culture in a deliberate manner”.

The Free State – a perennial underperformer in this report and the municipal audits that come out at a different time of the year – was again a poor performer, albeit with a slight improvement.

Makwetu attributed the poor performance to “the leadership’s lack of accountability for government spending”, and “the political and administrative leadership’s slow or no response [to previous recommendations], as well as their failure to create a culture that promoted an accountable, effective and efficient” government.

The picture painted by the report is one of a government system that simply does not care if public funds are spent efficiently, are used for what they are supposed to be used for and actually improve lives.

It shows the symptoms of a political and administrative system that is broken and in which the culture of impunity reigns.

What hits you is the blatant disregard for serving the people.

It would be one thing if the failures were isolated, but the dysfunction seems systemic.

Makwetu’s report came out at the same time as the Institute of Internal Auditors SA’s corporate governance index 2019 report, which was not very complimentary about the regard for ethics in the public sector.

The institute’s report found that only 14% of internal auditors in national government who were canvassed believed that “ethics was an important part of their organisational culture”.

Only 31% at provincial level, 23% at district level and 37% at local government level believed this was the case.

In SOEs, 42% believed their organisations valued ethics. This is compared with 78% at listed companies and 72% at privately held companies.

Houston, we have problem here.

Year after year, Makwetu and his predecessor Terence Nombembe have hit us over the head with this perturbing information.

Each year, the situation just seemed to get worse, especially during the wasted decade.

Yet nothing changed. You would be forgiven for believing that Makwetu and his troops did this exercise for fun; that it is just a way for them to stretch their nerdy brains.

It is to their credit that they don’t get demoralised.

South Africa is blessed with institutions that produce really good data and research. We just need the will to use it.

In areas where wrong has been identified, there needs to be a determination to set things right.

The elected leaders have a mandate and the power to use reports such as this one to make sure that they are not shamed in the same way next year.

But, wait a minute, do they even have shame?

As for this lowly newspaperman, it is becoming harder and harder to adhere to the fifth precept under these circumstances.

We live in a world where facts and fiction get blurred
In times of uncertainty you need journalism you can trust. For only R75 per month, you have access to a world of in-depth analyses, investigative journalism, top opinions and a range of features. Journalism strengthens democracy. Invest in the future today.
Subscribe to News24
Related Links
More bad news from Auditor-General on provincial and national governments
Billions lost and wasted: Makwetu urges leaders to entrench culture of accountability
Rand Water spends almost R1bn irregularly – AG
Next on City Press
Black excellence | Let the achievements do the talking