Moral hypocrites: We should be wary of politicians condemning the failings of others 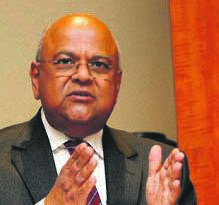 It is important to caution politicians, public officials and those wielding power that we shouldn’t be blinkered or dogmatic in our public discourse

We are moral hypocrites.

It pays to be wary of some in our midst who are often the quickest and loudest to condemn the apparent moral failings of others.

Chances are that moral preachers are inexorably as guilty themselves, but take a far lighter view of their own transgressions, including the indiscretions, especially, of the people they adore.

At the outset, let me commend those who shine the light on malfeasance and hypocrisy, for in the process they help us locate our moral true north and strengthen our democracy.

Corollarily, we should guard against hypocrites and those who hastily level scurrilous accusations, never mind pass judgement, against those they detest for mere political gain or expediency.

Germane to this, two diverse but equally sedulous public machinations expose instances where public disservice, purposefully or inadvertently, crept in as we rushed to vilify or pass judgement on others.

Holomisa’s claims precipitated the proclamation of a judicial commission of inquiry into allegations of impropriety and maladministration at the PIC, Africa’s largest fund manager.

However, Holomisa seems to have acted in haste when he publicly, and with apparent reckless perseverance, accused Harith General Partners, Lebashe Investments and others of wrongdoing.

Evidence adduced at the commission demonstrated that although there is ample evidence of egregious misconduct at the PIC, the much-venerated general may have missed the mark with his claims against others. Holomisa’s apparent overzealousness was almost outdone by commissioner Gill Marcus, whose assertion of a conflict of interest by erstwhile deputy finance minister and Harith chairperson Jabu Moleketi was as ironic and pious as it was self-serving.

In fact, there is no government policy that forbids public officials, on vacating public office, from taking up paid positions in companies operating within economic sectors they once oversaw.

Marcus’ apparent hypocrisy belied the fact that she isn’t known to have served any “cooling off” period herself when she assumed the helm of Absa on her departure as governor of the SA Reserve Bank.

Similarly, it seems to escape the collective psyche of those who blindly adore former finance minister Trevor Manuel that Manuel lords over Old Mutual and Rothschild & Co, institutions he once had authority over in his ministerial role.

Manuel is currently embroiled in a legal tango with embattled Old Mutual SA chief executive Peter Moyo, who is challenging his dismissal from Old Mutual.

Manuel’s apparent tardiness in filing his responding papers to Moyo’s court challenge has heightened public suspicions of probable moral duplicity which the papers could reveal.

On the other hand, in the eyes of her detractors, Public Protector Busisiwe Mkhwebane seems single-mindedly acquisitive of a political outcome that would serve the political interests of certain politically connected individuals currently in the cross hairs of the criminal justice system and investigative processes.

Mkhwebane stands accused, largely based on her conduct, of litigating proxy battles at the behest of former president Jacob Zuma and those implicated in malfeasance.

Recently, the Public Protector issued various reports in which she made adverse findings against Public Enterprises Minister Pravin Gordhan.

In the process, Mkhwebane cherry-picked evidence that supports her “nefarious” agenda and disregarded any that exculpates Gordhan.

It is common cause that Gordhan is a thorn on the side of individuals implicated in wrongdoing.

It is worth noting that with regard to the establishment of a dedicated SA Revenue Service (Sars) high-risk investigative unit, leaked documents seem to indicate that Gordhan followed due process by seeking the necessary approvals to create a ring-fenced capability within existing intelligence structures.

It boggles the mind that Mkhwebane seems to target only Gordhan, while his then political principals, including Manuel, who ostensibly approved the establishment of the unit, escape censure and referral for criminal prosecution alongside Gordhan.

Meanwhile, the practice of taking “early retirement” in the public sector without any real intention to retire is commonplace.

However, the fact that countless public servants habitually break pension fund regulations isn’t a defence in law, nor does it make it morally right or acceptable.

Although Gordhan acted on advice from other officials when he approved his then Sars deputy commissioner Ivan Pillay’s pension payout, he may have unintentionally, although inexorably, contravened pension fund regulations.

Gordhan must therefore account for his role in effectively perpetuating the “faux retirement” scourge in the public sector. Just as disgraced former Eskom chief executive Brian Molefe was compelled to return his ill-gotten pension largesse, should Pillay’s review application not succeed he must also do the honourable thing and return any undue financial benefits to the state.

In the same breath, Mkhwebane must be seen to act impartially and hold accountable those who authorised Molefe’s unlawful payout.

Otherwise she risks projecting those seen as her sponsors as being above consequent management.

If I may appropriate the past musings of this newspaper’s editor, by elevating Gordhan and others to messianic status, we risk making the same mistakes we made before of treating certain individuals as deities who are only capable of doing right.

Evidently, Mkhwebane and her coterie of acolytes will not rest until they have Gordhan, who is a bulwark against public corruption, publicly chastened or, even better, removed from Cabinet.

If we were rational and open-minded then the straightforward way to correct someone’s false beliefs would be to present them with facts and allow them to counter with theirs.

We shouldn’t see opposing facts as undermining our sense of identity, power or self-worth.

Whereas Holomisa incredibly declined an invitation to peruse facts that countered some of his claims, Mkhwebane is constitutionally enjoined to allow Gordhan an opportunity to counter her findings through available legal avenues.

Mkhwebane should resist the temptation to play to the public gallery by pressuring President Cyril Ramaphosa to act in haste and refrain from pillorying subjects of her investigations in public.

Her appalling track record and unsettling conduct in office, particularly her persecution of Gordhan, risk erosion of public confidence in the institution of the Public Protector.

This could hasten her removal from office.

It is important to caution politicians, public officials and those wielding the mighty power of the inkhorn that we shouldn’t be blinkered or dogmatic in our public discourse and engagements.

Indeed as we demand accountability from others, we should also refrain from displaying the so-called dark triad of traits – narcissism, psychopathy and Machiavellianism – we accuse those we dislike of.

It doesn’t help that many of us are overconfident about how much we understand the political and legal universe, or claim sanctified positions therein.

When we believe that our opinions or statuses are superior to others, it deters us from seeking out relevant and empowering knowledge.

Our irrationality and dogmatism might not be so bad were they conjoined with some humility and self-insight.

Sadly, most of our political leaders and public functionaries tread along with inflated views of their abilities and qualities.

Such double standards are inimical to ethical leadership.

Ethical leadership demands integrity, accountability, and respect for the laws and regulations by those unto whom public power and authority is vested.

It is arguably by acknowledging and understanding our shortcomings and biases that we can more successfully overcome these, and so cultivate the better angels of our nature.

This is crucial if we are to effectively carve a more perfect and enduring democracy.

Khaas is chairperson of Corporate SA, a strategic advisory consultancy