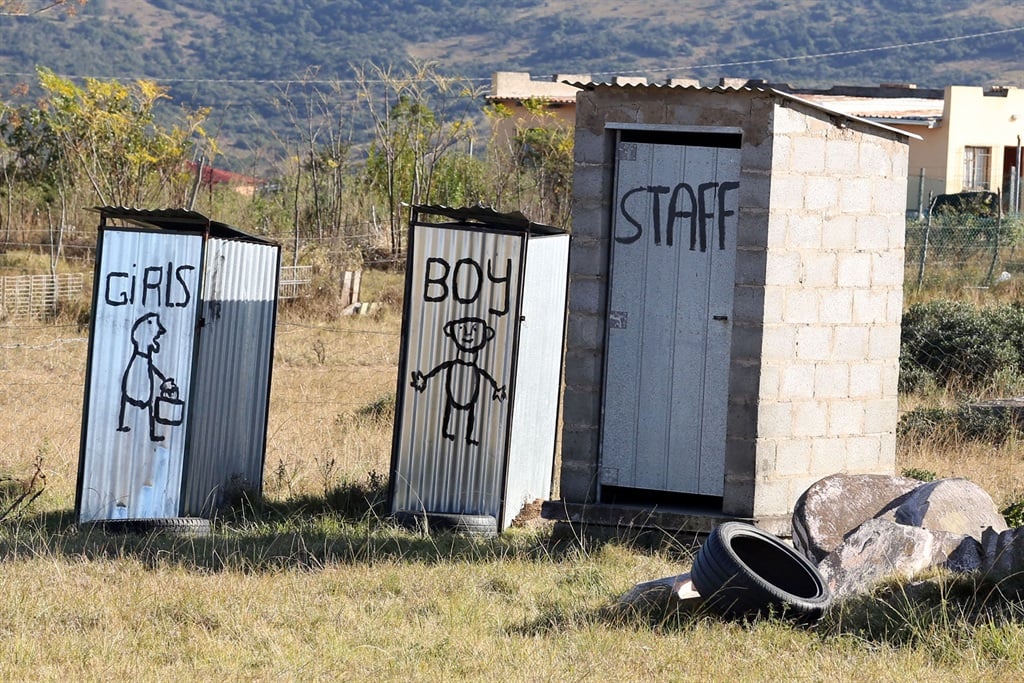 We must exert more pressure on government to live up to its promise of improving sanitation facilities for schoolchildren.

The continued presence of pit toilets at schools is unlawful, unsafe and undignified. Our courts have now repeatedly declared that the persistence of these structures is a violation of multiple constitutionally entrenched rights for pupils, including the right to basic education. Yet, despite pupils losing their lives and suffering from injuries because of pit toilets, the Limpopo department of education officials continue to demonstrate a lack of urgency in bringing this crisis to an end and ensuring that pupils have safe and dignified sanitation.

During a recent visit to a school in Limpopo, representatives of the public interest law centre, Section 27 asked two pupils about the sanitation infrastructure at their school. The school is among at least 380 other schools in the province, which only have pit toilets for use by pupils. One pupil said that “the [pit] toilets are dangerous and unhygienic. They are also not enough for all of us”. The second pupil remarked that “things were better when we had mobile toilets because they have chemicals, which take the smell away, unlike the pit toilets we use”. Mobile toilets were provided to these schools to mitigate the impact of the Covid-19 pandemic but were eventually removed from schools.

READ: “When you return to class the smell of the poo remains in your clothes”

The purpose of Section 27’s visit to this school and other schools in a similar position across Limpopo was to monitor whether the Limpopo department of education (“LDoE”) was adhering to its own revised plan to eradicate pit toilets. The revised plan was submitted in December 2021, following a second structural order handed down by Judge Muller of the Polokwane Division of the High Court in Komape v Minister of Basic Education & Others. This was after Section 27 took the LDoE back to court to have an initial plan that stipulated that the eradication of pit toilets would only occur by 2031 declared unconstitutional.

In its judgment, the court remarked that “it is not business as usual. The replacement of pit toilets is a national emergency and must be treated accordingly”. The court went further to declare the first plan unconstitutional and ordered the LDoE to submit a revised detailed plan that also provided interim measures to address the schools’ urgent sanitation needs and their immediate safety risks.

The revised plan stipulated that all schools that had only pit toilets on site (categorised as “Priority one” schools) would be provided with appropriate sanitation infrastructure by March 2023. Importantly, the plan also stipulated that there were 364 Priority one schools, which required permanent toilets. The plan stated that mobile toilets would be procured for these schools by January 2022. This would be an interim measure until the LDoE provided appropriate permanent toilets. However, as is the case with most of the LDoE’s commitments, this proved to be yet another toilet paper promise.

Furthermore, schools that make use of plain pit toilets alongside other appropriate toilets (categorised as “Priority two” schools) would receive safe and appropriate toilets by March 2027. Schools which have pit toilets which are not in use and/or toilets which are otherwise not compliant with the norms and standards, for example, damaged toilets (categorised as “Priority three” schools) are due to be completed by March 2029.

Frustrated by the slow progress and broken promises from the LDoE, Section 27 received instructions from three school governing bodies to institute urgent legal proceedings against the LDoE to compel it to provide their schools and all other Priority one schools with mobile toilets. The sanitation conditions at one of these client schools are so dreadful, pupils opt to leave the school premises and relieve themselves behind bushes some distance away from the school rather than use the unsafe and unhygienic pit toilets. Not only is this situation a source of indignity for these pupils, but these conditions cause severe disruption to teaching and learning at the school too.

Before the case could be launched, Section 27 received yet another undertaking from the LDoE. This time, the LDoE undertook to provide its client schools and all other Priority one schools with mobile toilets by October 31 2022. The LDoE assured Section 27 that funds had been transferred to the affected districts and that processes were under way to procure rental services for the outstanding mobile toilets. Disappointingly, the LDoE has failed to meet the deadline once more. According to the LDoE, there are now 47 schools which are outstanding and in its latest promise, these schools will receive mobile toilets by the end of 2022.

This is now the fourth extension of the deadline by the LDoE.

During the process of verifying the information the LDoE provided to Section 27, it has also come to light that where the LDoE has provided mobile toilets to schools, it provided only four mobile toilets per school irrespective of the number of pupils at each school. This goes against its revised plan, which stated that it would provide each school with adequate toilets which comply with the ratio of toilets to pupils in the legally binding Regulations Relating to Minimum Uniform Norms and Standards for Public Schools Infrastructure.

The schools that Section 27 had spoken to informed it that the four mobile toilets, which had been delivered, had done little to alleviate the sanitation conditions at the schools. In fact, because of the inadequacy of the delivered mobile toilets, pit toilets continue to be used alongside the delivered mobile toilets in most schools. In the worst case that it found, a school with an enrolment number of close to 1 000 pupils was asked to function with only four mobile toilets. The fact that mobile toilets are being used alongside pit toilets defeats their purpose as an interim measure, which is to eliminate the health and safety risk to pupils. However, these schools have no other option.

It has also become apparent that there has also been a failure to allocate the money required to provide mobile toilets from government. The revised plan from the LDoE stated that the total cost for the provision of mobile toilets would be R298 million. Section 27’s own budgetary analysis revealed that only R50.3 million has in fact been budgeted in 2022/23 for the rental of mobile toilets, leaving a shortfall of approximately R250 million. It was, therefore, always highly unlikely that all schools would be provided with the requisite adequate interim measures while the construction of permanent toilets was under way.

If the LDoE is to ensure that all schools across the province have sanitation infrastructure, which is compliant with the norms and standards by March 2029, as per its own revised plan, we need to see a sense of urgency and a serious commitment to the implementation of the plan. This commitment must include ensuring that deadlines are adhered to and that sufficient funding is allocated to enable the implementation of the plan. Section 27 continues to steadfastly monitor the LDoE’s compliance with its own deadlines and to hold it accountable. As the court stated in the Komape judgment, it simply cannot be business as usual.

* Brodie is a legal research and advocacy officer at Section 27.