From 1948, the apartheid Nationalist government set in place policies aimed at objectifying non-white people in South Africa. This affected everyone – black and white – in that it impacted the way that we saw each other, related and treated each other.

It was only in 1994 that all South Africans began to enjoy the same human rights prescribed in section 36 of the Constitution.

Yet twenty-four years after this great milestone, we are still bombarded with headlines of racism in parking lots, in schools, on beaches and through the instant reach of social media. It reminded me of Trevor Noah saying: “We were once the Rainbow Nation. Now it’s like all the colours are going their separate ways.”

South Africans seem to be getting more and more frustrated and are expressing their intolerance against each other. Incidents of racism that we get to hear about, especially on social media, seem to be escalating and the responses are filled with rage.

It started with estate agent Penny Sparrow, referring to “monkeys” on a beach in KwaZulu-Natal.

And we recently had the case of Adam Catzavelos, whose K-word rant from a beach in Greece trended on Twitter for two days. His personal details were posted online for all to see. People harassed him on his mobile phone after the number was posted online. 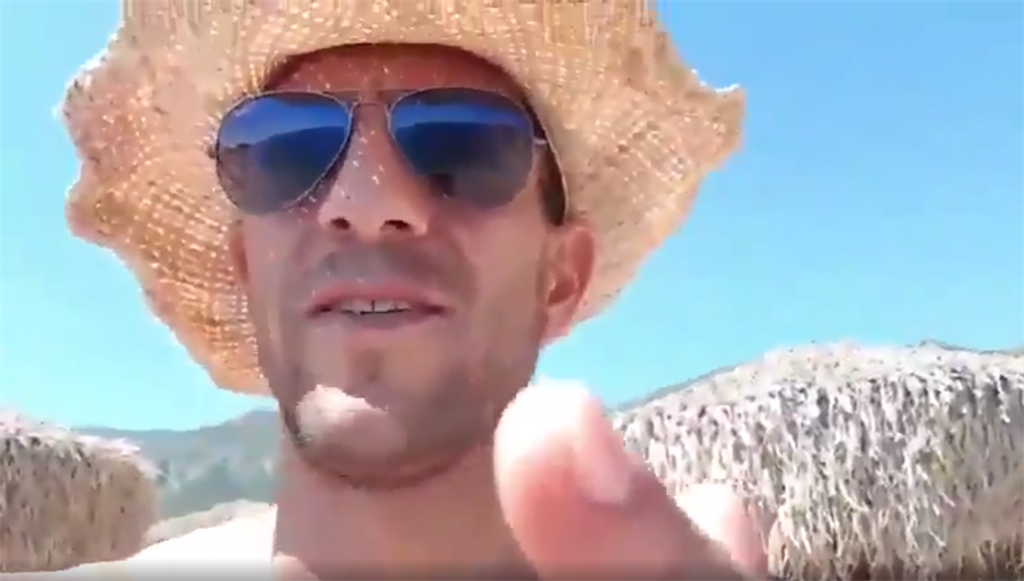 People wanted to destroy him, his business and his wife’s career because he had been “outed” as a racist. But was the extreme reaction to his racist selfie video justified?

The flawed individual was made an object of denigration. All the frustration and rage was focused on him, solidifying the vicious circle of dehumanisation. Is this justice – when the offender is harassed and their human rights are infringed upon to justify the wrath of the offended? Surely the offender is still entitled to their human rights? Discarding them and trampling on them seems to be repeating the wrongs of the past ... dehumanising someone because of their own racist views.

If we destroy the life of racist offenders will that remove racism from our society?

Kessie Nair is the latest culprit to use his freedom of expression at the expense of violating another human being’s right. This time it was directed at the president of the republic. He was even willing to be arrested for his rant.

Nair’s Facebook video, which went viral, is the symptom of a deep-rooted problem in our society. During apartheid the toxic environment damaged the very fabric of our society and the impact is still being felt across South Africa. What is taught in classrooms, car rides, offices and homes manifests in how we treat each other and how we view ourselves.

Calling out racists and opening charges against them may be a partial solution at best but it doesn’t deal with the root problem of severe indoctrination, whether by the system or authoritative figures in our lives.

Until we take down those strongholds, we merely exacerbate the situation, creating anger, rage and hurt on all sides – never obtaining resolution or emerging from our hurt and anger. How can we create platforms to have these dialogues in schools, churches, universities and workplaces? Racism is learnt at home, schools and playgrounds. We have to be prepared to humble ourselves, admit our way of thinking is wrong, honestly share our hurt, be willing to understand, learn and listen and be ready to forgive and reconcile.

We were all victims of apartheid, but not all in the same way. We need to all humbly acknowledge our need for each other, to be inclusive rather than looking to purge our society of people who seem out of step with our thinking.

Racist offenders will not change because of the punishment. Until the mindset, the underlying belief system is exposed and revealed to be patently false, the chain of such thinking will be passed on to their children. The next generation will experience this racism.

Somehow we must aim to cultivate enlightenment and a changed mindset. The racist offender should walk away sincerely apologising because they truly understand how wrong and hurtful, how untrue their thinking really is, so that hurt is acknowledged and rued of. How else can we break the chain of generational racism?

Beating an apology out of someone does not bring change – just a short lived satisfaction and an empty feeling of vengeance. We get to cast out and discard another racist offender.

• Nomfundo Maseko is a junior researcher at Health IQ Consulting

We live in a world where facts and fiction get blurred
In times of uncertainty you need journalism you can trust. For 14 free days, you can have access to a world of in-depth analyses, investigative journalism, top opinions and a range of features. Journalism strengthens democracy. Invest in the future today. Thereafter you will be billed R75 per month. You can cancel anytime and if you cancel within 14 days you won't be billed.
Subscribe to News24
Related Links
Nair’s family: He’s ‘delusional’, hence the Ramaphosa K-word rant
Editorial: Make racism expensive
Holidaymaker to face charges for racist viral video shot abroad
Next on City Press
Innovate or die, as climate crises worsens