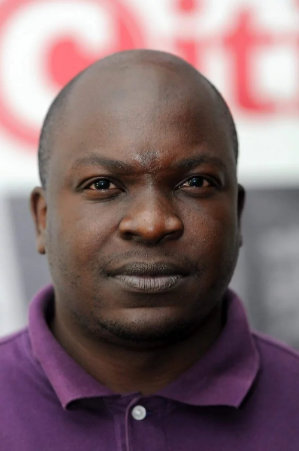 Have you ever met a person and they are always quiet and peaceful and you think: Surely they can’t be this quiet? At some point their true colours will emerge. Whatever those might be.

Ngwako Modjadji was such a person. He was always content to smile and break out in laughter. He barely argued and if he wanted to raise a point, it was always in a soft tone.

Ngwako was in the employ of City Press for only eight months but, by the time of his tragic passing, he had become such a fit in the system that he was indispensable and is truly irreplaceable.

The one dilemma about his personality and character that I am yet to reconcile was how, despite his quiet, unobtrusive manner, he was always able to get politicians to open up to him.

In the last two editions of City Press, before he died tragically last Sunday morning in a hit-and-run incident, he managed to coax Deputy President David Mabuza and former president Jacob Zuma to open up to him in interviews.

When we met last Friday in KZN, I never knew that was our last encounter. We traversed the path as students; receiving our training at M&G. Our shared experiences will forever be memorable ones. Ever humble & maintained high levels of professionalism till the very end
#RIPNgwako pic.twitter.com/y8MwzQIrYy

From what I could see, he did not want to offend or get in anyone’s way. These days editors often say they want journalists who have firm convictions, are confident and passionate and will therefore be able to challenge the establishment and shake up the world, rather than play along with it.

And, rightfully so, fearlessness is an important attribute of a journalist who makes an impact.

But I guess the lesson, as always, is that people are complex and there is never a single attribute that summarises all there is to a great journalist.

Ngwako was driven by a deep ambition to be the best journalist around. In his first week at City Press, he wrote the front page lead story. And in the two weeks before he died he again hit the front pages, leaving with a big bang.

In the last three weeks he was singularly driven by a desire to go out and be on the streets with the people and politicians as they canvassed for elections. He told me that he did not want to sit in the office, pretending to be busy, when there was so much happening out there.

He had relationships across the political parties and across even the factions of those parties.

But he was not afraid to expose a story that embarrassed even those who considered themselves close to him or who were reliable providers of information to him. They knew that it was his job and it was not personal.

I guess the unobtrusiveness; the innocent, disarming smile; and the quiet, engaging manner made people believe he was incapable of harm.

When we ran a front page story earlier this year with the headline: Magashule: We do not need white votes, City Press ran into trouble with the governing party which complained that the headline was sensational.

Ngwako had written the story, based on what Magashule said at a public meeting in Katlehong and a subsequent interview after the meeting.

But before the ANC issued the statement lambasting the paper, they phoned him to prepare him. But, more importantly, they reassured him that they had no problem with his story and all its contents, but only with the headline, which is a responsibility of the editors.

But, looking at his pleading eyes scanning my face for reaction, you could detect he still somehow felt unhappy and probably culpable and we had to reassure him otherwise.

He was that guy: He valued his professionalism above everything else, although he knew that in the murky world of politics you invariably attracted suspicion and, quite often, hostility.

It has taken me a long time to believe and accept his death and honestly, to this day, I am struggling with denial.

If he were to scan my face again, he would know that we are very proud of him and his legacy. City Press owes him a debt of gratitude for the hard work and the heart he put into his journalism.