Nathi Mthethwa | Accounting for care and support given to creatives 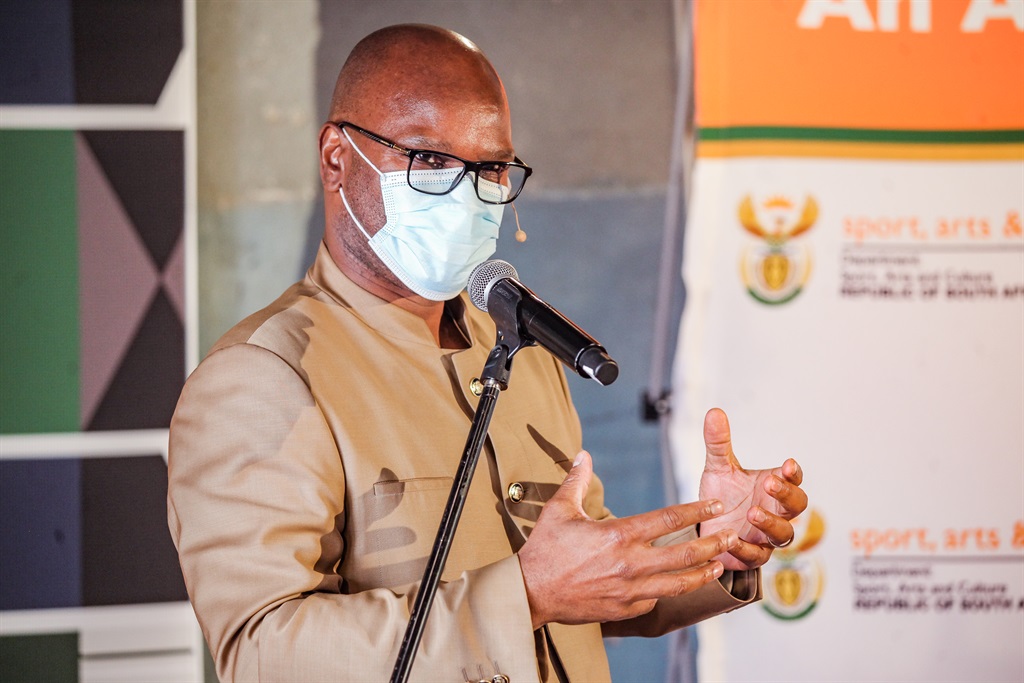 Listening to one another and pulling together is what will eventually rescue us from this dire situation. Photo: Gallo Images

Once upon a time in the early days of my assignment to the executive post responsible for sport, arts and culture, I had an interaction with one of the leading voices in the creative sector. At the end of a jovial and satisfactory meeting by all in attendance, advice was offered, which, then, appeared rather intriguing.

It was along the lines that support provided by the minister and department of sport, arts and culture is warmly embraced. But even so, it should be expected that even by the next day, if not sooner, the same beneficiaries could publicly proclaim victimhood and go on an onslaught against the department and its political heads.

At the time, this counsel felt like an unlikely possibility. But as they say, time is a teacher of note.

Despite publicly available information, a fictional tale about the creative sector has stubbornly been doing the rounds. Some of this tale’s peddlers are innocent bystanders.

But there are those who know the facts, yet pretend otherwise. They repeatedly go on to public platforms to amplify this fictional tale.

What is this tale being told?

It goes along the lines that the department has been unresponsive and uncaring towards a creative sector that has been in dire straits during the strenuous Covid-19 pandemic. This fairy tale has been repeated many a time, to a point of becoming a political football. There are publicly available and verifiable facts that disprove the tale.

From the get-go, it was proclaimed that it will not be possible to fully provide for the needs of every role player in the creative sector. That, as has been explained repeatedly, is because of limited resources, not because of refusal to support or lack of care.

If anything, monies spent thus far are just under R700 million. It translates into just under 65 000 beneficiaries. By all accounts, this cannot be counted as a small feat.

To-date more than half a billion has been disbursed in a form of relief;

The status update below outlines number of beneficiaries & total funding distributed by the Department;#DSACCovid19Relieffund pic.twitter.com/7Rj9bh5hJ6

These are facts about lived experiences of many South Africans. Just some of the institutions that received support are the Baxter Theatre Centre, District Six Museum Foundation, Bassline Jazz Club, Southern African Disabled Musicians Association and the SA National Dance Trust.

On the list of beneficiaries, we count the likes of Beatrice Phukubje from Limpopo, Lorenzo Vaughan from the Northern Cape, Khwezi Nongane from KwaZulu-Natal and Ndifeleni Manenzhe from Limpopo. This list also includes renowned artists such as PJ Powers, Eugene Mthethwa, Sello Maake Ka-Ncube, Don Laka, Vicky Sampson and Alec Khaoli.

Support has been provided over three phases. In the third phase of funding, out of a total of 7 440 individual applications received for relief funding, 6 518 were recommended for funding by adjudicators. That translates to 88% of the total number of applicants.

READ: Watch | Sho, I thought you and I would grow old together – Connie pays tribute to her late husband

Also worth mentioning is that the department implemented an elaborate communication and outreach plan to mobilise role players so that they can apply for relief funding.

In the immediate term, we are focused on providing relief funding. In the medium to long term, we are engrossed in the economic recovery and reconstruction of the sector.

I believe that pulling out of the quagmire visiting the creative sector due to Covid-19 will require collaborative relationships.

For example, the much-publicised Mzansi Golden Economy is much more than just an open call; it is an instrument of economic recovery and reconstruction. It includes funding of the Art Bank to commission visual arts and arts products that result in actual money in the pockets of artists.

It also includes research to inform decision-making by outputs of the SA Cultural Observatory, as well as support for flagship programmes in provinces.

The Debut Programme is another recovery intervention targeted at beginners in the creative sector aged between 18 and 35. It sets out to transfer enterprise-development skills to a carefully selected cohort of artists from all provinces.

This programme develops artists to become resourceful, opportunistic, agile and sustainable “art-repreneurs” who can make a profitable livelihood from their artistic talent.

I believe that pulling out of the quagmire visiting the creative sector due to Covid-19 will require collaborative relationships. Listening to one another and pulling together is what will eventually rescue us from this dire situation.

With this thought in mind, and based on the advice of the creative sector, the ministerial advisory team was constituted. This able team, comprised of leading and known members of the creative industry, has been an invaluable guide during the roll-out of key efforts aimed at supporting the sector.

Those are the snapshots behind the facts; truths that are refusing to find space despite being publicly available and easily verifiable.

These remarks were made at the department of sport, arts and culture’s virtual #ForTheRecord media engagement on August 5.

Mthethwa is the minister of sport, art and culture

We live in a world where facts and fiction get blurred
In times of uncertainty you need journalism you can trust. For 14 free days, you can have access to a world of in-depth analyses, investigative journalism, top opinions and a range of features. Journalism strengthens democracy. Invest in the future today. Thereafter you will be billed R75 per month. You can cancel anytime and if you cancel within 14 days you won't be billed.
Subscribe to News24
Next on City Press
Phumlani S Langa | Believe it or not, using Twitter slogans makes you sound stupid