Our History: The Battle of Mhlatuze River The cover of the first book in the series Our History, a new illustrated history book. Pictures: Supplied

In a rich and impeccably researched new series of illustrated history books called Our Story, aimed at children and adults alike, South African Heritage Publishers is telling the tales that shaped the nation, playing out in all nine provinces. In this, the first of a series of extracts in City Press, we meet the men who were the force behind the creation of our peoples as we know them today.

Zwide makes a mistake by thinking that he can surprise Shaka, and hastily sends off his much greater army to fight the Zulu.

In one mighty battle, Soshangana and Zwangendaba fight for Zwide and the Ndwandwe. They face Shaka, and Mzilikazi (Zwide’s grandson) and Dingane are two of his officers

The Battle of Mhlatuze River

The dispirited Ndwandwe spent a cold and hungry night on the south bank of the Mhlatuze River. Again the Zulu harassed them, yelling and pretending to attack, preventing rest. During the night, the hungry Ndwandwe were roused by the bellowing of oxen nearby, their cries clear in the cold winter air. They loudly shouted that they would go after the meat, but Soshangana stopped them. He pointed out that after the days of eerie and empty kraals, the barren land and bare granaries, this could be a trap. Of course it was. Shaka, worried that his hungry enemy would turn back, had driven a large troop of oxen until they were a few kilometres away from the Ndwandwe. Oxen become distressed at the smell of bovine blood and this was sprinkled among them. Their loud bellows sounded much closer to the Ndwandwe than they were.

Soshangana sent scouts to find out where these oxen were. The Zulu pretended to be frightened when they saw the scouts, shouting out to each other to drive the cattle quickly as the enemy was coming. Running away, they also shouted out a whole lot of information that gave the impression that the entire Zulu nation was in flight, with their cattle, and were crossing the Tugela at Ntunjambili. The scouts returned, unharmed by the Zulu, to give this information to Soshangana. When morning came, the Ndwandwe saw troops of cattle and Zulu disappearing over the distant hills. The hungry regiments set off in hot pursuit, covering 56 kilometres to the banks of the Tugela. There the cattle stood, on the opposite side of the river, and there the Zulu stood, at the river crossings. Again Soshangana held his starving troops back. This was too easy. The Zulu put up a half-hearted defence at the river crossings and were altogether too elusive. Zwangendaba and Nxaba agreed with Soshangana. It was a trick. They would pretend to retreat, then would disappear into the Nkandla Forest, waiting to see what the tricky Zulu weasel would do next. There would be hunting in the forest and they would also send parties out to gather food.

In the morning, Soshangana began a retreat up the steep northern slopes of the river, recalling the two regiments that had crossed the Tugela. Even though he carried out the manoeuvre with great skill, his entire army vanishing into the eastern outskirts of the Nkandla Forest, Shaka knew exactly what had happened and where the Ndwandwe were. Soshangana, on the other hand, did not know that the entire Zulu army of 10 000 was camped deep in the dark forest, less than five kilometres west of the Ndwandwe.

The light from the numerous fires flickered off the leaves of the giant yellowwood trees as the Zulu warriors grilled their generous rations of meat. Shaka revealed his plan to his commanders, including Mzilikazi and Dingane, as the udibi served meat and beer to the warriors. Soshangana ordered the Ndwandwe to gather around the large fire, and there they sat, facing outwards

A select group of 500 men was to pretend to be returning Ndwandwe foraging parties and would infiltrate the enemy lines. The raiding party was given a password so that they could distinguish each other in the dark.

“You will creep among them like snakes,” Shaka is said to have whispered to the men.

The Ndwandwe were in dire straits. They had shared the few head of game that they had managed to kill and their foraging parties had not returned. Some of them never did and the Ndwandwe were unnerved by the spooky forest, the ghostly enemy and the strangeness of the whole campaign. As the camp fires died down, shadowy forms flitted through the encampment, guided by the glowing embers. If questioned, the Zulu muttered, “Returning patrol,” or something like that. Penetrating deep among the sleeping Ndwandwe, the Zulu killers lay down beside them, waiting for the signal. 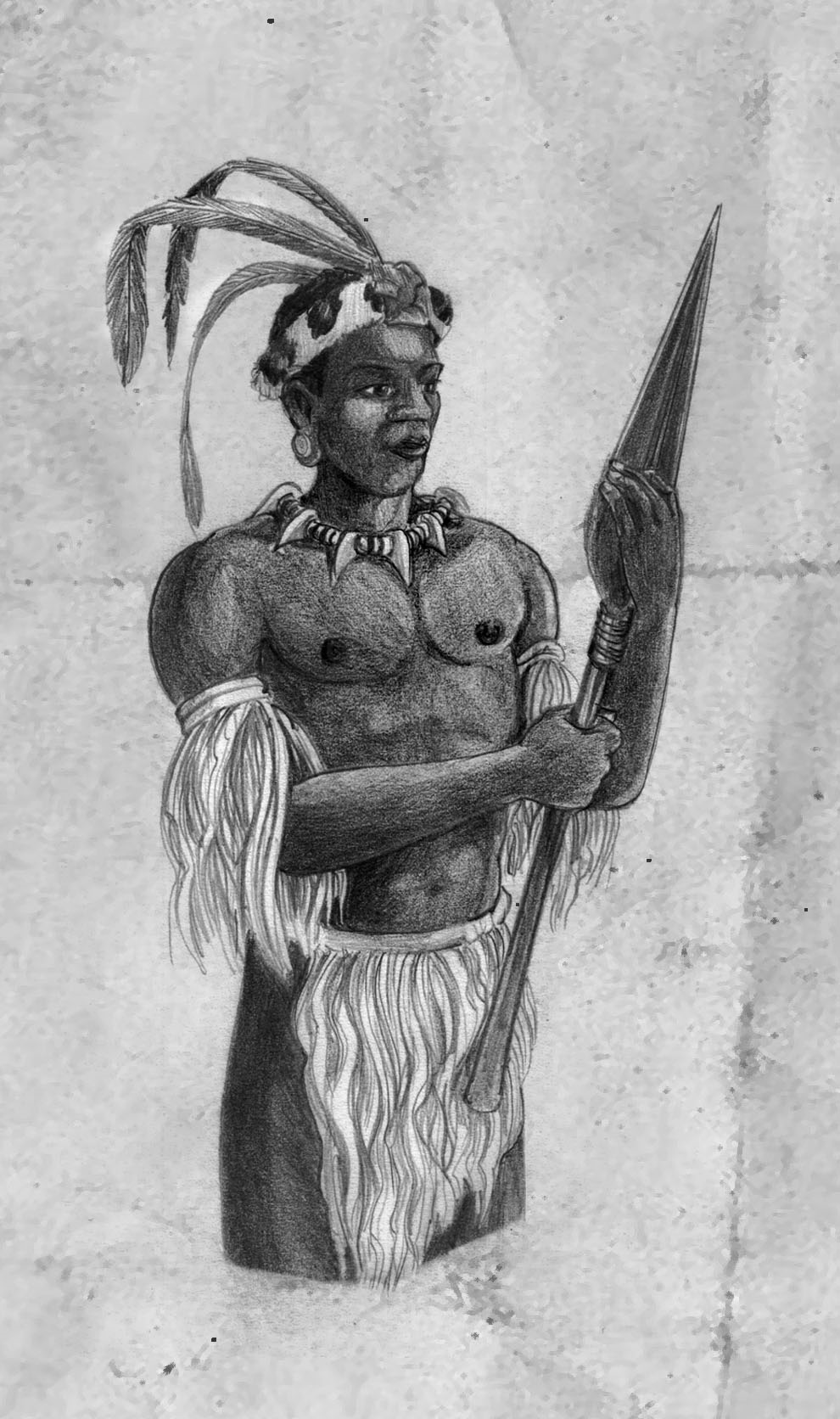 It came, a yell that shattered the night of the forest, then another and another. There was chaos as the Zulus killed their man, then pretended to be dead while the Ndwandwe killed each other in the confusion. Eventually, there was some measure of calm and messages passed up and down between the command and the ranks. There had been no attack, yet death had come among them. It must be some form of magic, they were sure, in this cursed forest. Barely had Soshangana given the order for firewood to be collected and piled on to the glowing embers of the fires, than fresh shouts arose, the cries of dying men. Soshangana ordered his men to concentrate around his headquarters, where there was a large fire. When they realised that the death cries came from the outskirts, there was a great rush towards the fire and the deep shouts of command that showed where headquarters was. And there they sat, close together, facing outwards, shivering at the supernatural force that had turned brother against brother. Soshangana and some of his leaders realised that the enemy had penetrated among them and had started the stabbing. Daylight would reveal any that remained.

Win an exclusive box set of the first 14 Our Story titles valued at R2 500!

SMS us on 34217 using the keywords OUR STORY & and answer the following question:

In which forest were both the Ndwandwe and Shaka’s army encamped?

Don't forget to include your name, surname, email address, delivery address and the answer.

Read more on:
our storybooksheritage
Newsletters