Our Story No 4: Moshoeshoe forges a nation 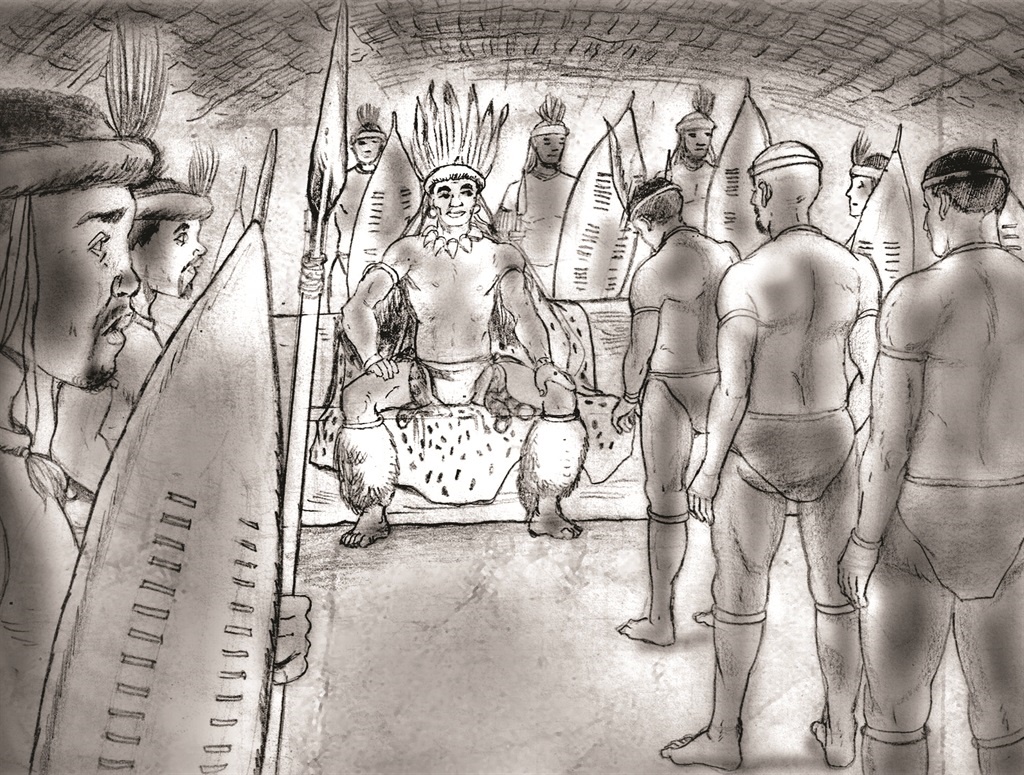 This week, our heritage series on the people, clans and events that shaped southern Africa turns to the fascinating story of the BaSotho nation. In this extract, we meet Moshoeshoe as news of his settlement on Thaba Bosiu has spread.

Matiwane, chief of the amaNgwane, had profited in the difaqane wars, and now decided to settle in the territory stretching from the Caledon River to Bethlehem.

This was close to the Bamokoteli, who were understandably nervous about the possible threat from the amaNgwane.

Some of the newcomers who Moshoeshoe had taken in even left to join the amaNgwane. Chief Matiwane’s army was greatly feared.

Moshoeshoe sent a tribute to Matiwane, hoping to foster friendship and peace. On arriving at the kraal known as Senyotong, Moshoeshoe’s messengers were questioned about Thaba Bosiu’s defences and the force of the Bamokoteli army.

Matiwane told the Bamokoteli messengers that Thaba Bosiu would be left alone on condition that Moshoeshoe continued to pay tribute to the Inkosi Yamakhosi – Matiwane, king of kings.

One day, a herd boy descending one of the passes to the base of Thaba Bosiu came across a slain warrior. Horrified, he quickly ran back to tell everyone, including Moshoeshoe.

The messengers who had returned from Senyotong identified the dead warrior as belonging to the amaNgwane. It was one of Matiwane’s half-brothers, Madilika.

They saw that Madilika had died from an assegai wound. From the state of the dried blood and the corpse, they concluded that he must have died there the previous night.

Moshoeshoe ordered the body to be covered and wrapped in oxhide and carried up the hill. He did not want news of this death reaching Matiwane.

At the top of the hill, Mobe, a medicine man, used the dead warrior to create a magic war potion that would help protect the Bamokoteli from the amaNgwane.

What had really happened was that Matiwane had ordered Madilika to be killed. He had fled to Thaba Bosiu, hoping to convince the Bamokoteli messengers, who he had met a few days before, to provide him with safety.

But one of the amaNgwane trackers had found Madilika, fought with him and stabbed him, but Madilika managed to get away. He died climbing one of the passes up to the summit of Thaba Bosiu.

The tracker had returned to Matiwane and told him of the wound he had inflicted, but that he had also lost track of Madilika in the darkness of the night.

Matiwane quickly sent out scouts – Madilika was to be captured, brought back and executed.

However, before the scouts had even reached Caledon Valley, they were told of Madilika’s death and that his body had been moved. Matiwane was greatly angered.

He sent messengers to Moshoeshoe, demanding that he immediately return Madilika’s corpse and any medicine that may have been made from his body.

Moshoeshoe said he knew nothing of this Madilika and that he may have been taken by cannibals.

But Moshoeshoe was concerned. He recognised the power of Matiwane. He had survived the difaqane wars not by fleeing, but by attacking.

Even after the war, the amaNgwane army was still strong. Moshoeshoe told the kgotla that the Bamokoteli were to seek safety as one of Matiwane’s serving tribes.

He sent a great tribute comprising jackal karosses, snuff, grain and other items. But Matiwane did not trust the tribute.

He sent it back, saying that it had been bewitched by the Bamokoteli medicine men. With the rejection of the tribute, he also sent a message – that the amaNgwane would destroy the Bamokoteli and they would capture and kill Moshoeshoe.

Moshoeshoe sent some senior men of the Bamokoteli with Makwanyane, along with some cattle, to try to change Matiwane’s mind.

Matiwane took the cattle as payment for Madilika’s body, but said he was still determined to destroy the Bamokoteli.

Moshoeshoe decided he had to make a plan to protect the Bamokoteli, and so he decided to seek out Shaka Zulu. Shaka and the Zulus were not only powerful, they were also known to be enemies of Matiwane.

Moshoeshoe sent a group of Bamokoteli men to where Shaka was staying at the time, the Gibixhegu military kraal.

The Bamokoteli presented Shaka with a tribute of lion and leopard skins, elephant tusks and great plumes of feathers. They told King Shaka that Moshoeshoe wanted to be of service when he was needed.

They also told him that even though it took them three weeks to reach the Zulu kraal, for they lived west of the Drakensberg region, they would continue to send tributes to Shaka.

Then Shaka said to Poho, leader of the Bamokoteli group of messengers, that the Zulus would never steal any Bamokoteli cattle. He even sent 50 oxen with them for Moshoeshoe.

The next full moon, the Bamokoteli returned to the Zulu kraal with a tribute and Shaka sent them back with 100 oxen for Moshoeshoe.

Moshoeshoe was greatly pleased with this development with the powerful Zulus. News of the partnership spread through the land. He thought this would prevent Matiwane from attacking.

. To buy the book, ask your nearest bookseller to order a copy if they do not stock the series, or contact the publishers at info@saheritagepublishers.co.za

To win an exclusive box set of the first 14 Our Story books, valued at R2 500, SMS us on 34217 using the keyword HERITAGE4. Include your name, surname, email address and the answer to the following question:

How long did it take the Bamokoteli to reach Shaka’s kraal?

We live in a world where facts and fiction get blurred
In times of uncertainty you need journalism you can trust. For only R75 per month, you have access to a world of in-depth analyses, investigative journalism, top opinions and a range of features. Journalism strengthens democracy. Invest in the future today.
Subscribe to News24
Related Links
Our History: The Battle of Mhlatuze River
Our Story No 2: The rise of Shoshangana
Our Story No 3: Mzilikazi moves on
Next on City Press
Close Up | Trembling to the discordant symphony of lawlessness