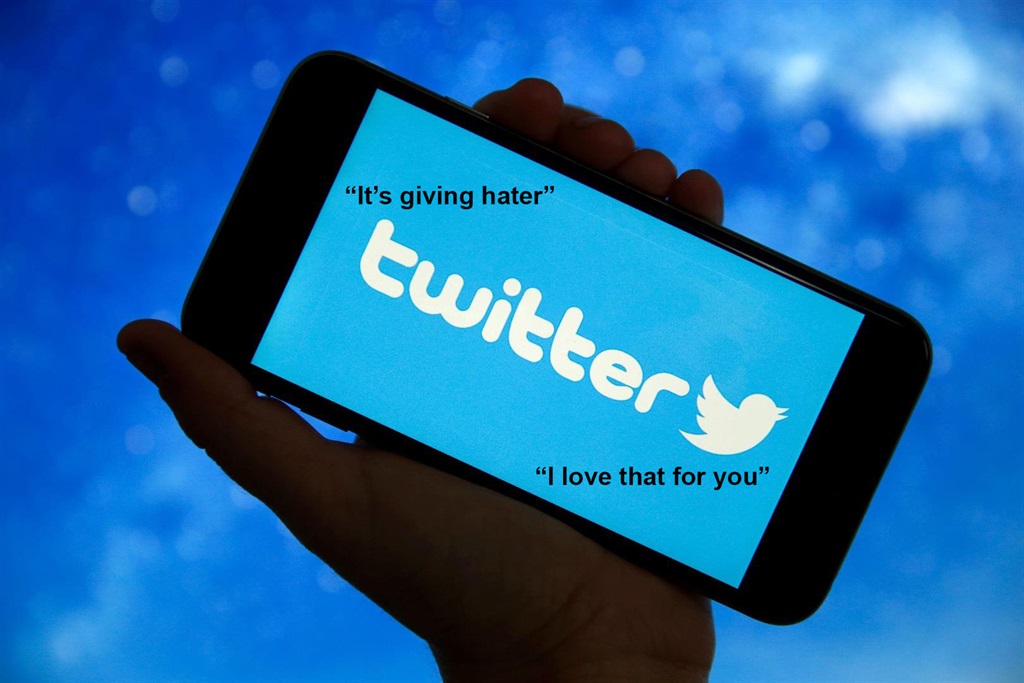 Twitter is responsible for an abundance of questionable phrases. Photo: File

These are the grammatically incorrect words used by my peer in this industry on reading that particular story, and the phrase at the end got me thinking about the language we use as young people.

We love slang and adopt it as part of our daily rhetoric, but this thing of using Twitter slogans makes one come across as uneducated.

Twitter is responsible for an abundance of questionable phrases such as the one above, and, for some reason, these little catchphrases only stay relevant for a year or so before they are replaced by an even dumber sequence of words.

For instance, have you ever posted a picture and perhaps your hair looked really good that day and, in the comments, someone said “it’s the hair growth for me”.

READ: Drake’s shoutout to Uncle Waffles proves SA has no idea what a co-sign is

That is yet another classic example of stupid Twitter talk. The sad thing is when this kind of talk manifests itself in real life. It’s the immaturity for me, which is as annoying as the political types who manage to filter words such as cadre and leadership into their daily speech.

Twitter phrases have also given trust fund babies the perfect layer of camouflage. You know, the ones who hang out in Braamfontein, Johannesburg, hoping it’ll make them blacker.

But months later, the person you knew as Alexia is, all of a sudden, calling themselves Lexi the Flexi Flower. “That time” (also social media speech) they’re Greek, but now speak with a blackcent. These phrases help such a person assimilate, I can’t even lie to you.

Another popular term is what people may refer to as “not City Press calling us out on our slang”.

Don’t get me wrong, if you’re in high school then do best (another term probably coined on social media), but from your mid-twenties, you may need to consider developing a wider, more nuanced vocabulary.

This stems more from text speech. You’ll be speaking to a person and instead of them laughing at your joke or quipping, they’ll say … LOL. It’s quite bemusing.

You may have even encountered someone who says they will be returning shortly by using the letters BRB.

Now, this is texted to save time, but when speaking, the full phrase has the same number of syllables as the abridged version, so what’s the point?

Some of these acronyms can be helpful though, like BYOB – bring your own booze.

I don’t care if you think I’m hating, but “I love that for you” ... Please don’t approach me using a language that makes you sound as though you only started reading when you realised foreign films can be good despite the subtitles.

Let’s try to do a little better and keep that kind of talk limited to social media and such … it’s giving ignorance.
We live in a world where facts and fiction get blurred
In times of uncertainty you need journalism you can trust. For 14 free days, you can have access to a world of in-depth analyses, investigative journalism, top opinions and a range of features. Journalism strengthens democracy. Invest in the future today. Thereafter you will be billed R75 per month. You can cancel anytime and if you cancel within 14 days you won't be billed.
Subscribe to News24
Next on City Press
Rebone Tau | It is time for South African spies to redeem themselves and save the country

Listen to our latest podcasts.
Voting Booth
According to a letter Health Minister Joe Phaahla sent to MECs, the country is ready to get rid of masks in public as a health protocol. Is it time to go maskless?
Please select an option Oops! Something went wrong, please try again later.
About time
68% - 51 votes
No
32% - 24 votes
Previous Results