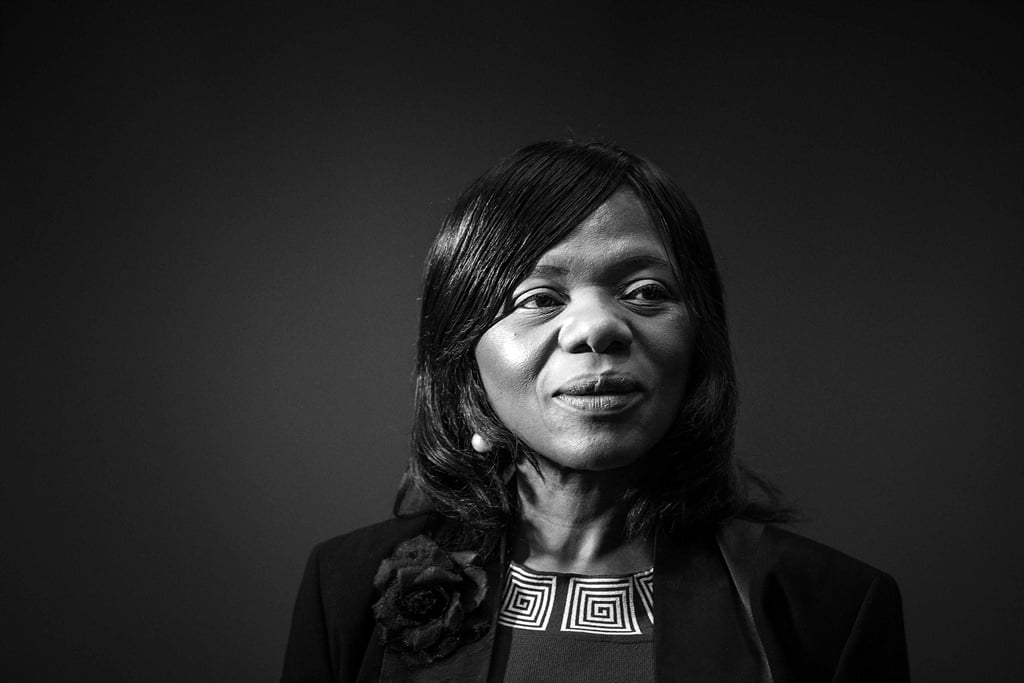 There is no gainsaying that what is happening to the people around the Hluhluwe-Imfolozi Park is against our constitutional commitments and democracy principles, including ubuntu, writes Thuli Madonsela.

Congratulations on your successful UK visit as guest of King Charles III. I am sorry to welcome you back with a complaint about yet another pathology of our troubled democracy. I need you to intervene in Ezemvelo KZN Wildlife to reassure the people of communities surrounding the Hluhluwe-Imfolozi Park that it is not only the Constitutional Court which believes that our democracy is founded on ubuntu, your government equally believes so.

While scrolling through my emails today, I discovered an email I missed that was sent to me on July 15. It contains a desperate plea from human rights and environmental activist Alan Sara regarding the state of affairs at the Hluhluwe-Imfolozi Park in KwaZulu-Natal, specifically referencing the perennial decimation of people’s livestock by animals escaping from a poorly managed park and what appears to be callous indifference from government and park management when alerted to the people’s plight.

The email, I surmised, was a follow-up to a report I released about eight years ago as Public Protector, titled Ubuntu. The report applauded the KwaZulu-Natal government for finally embracing the humanity of the people living around the Hluhluwe-Imfolozi Park who had been perennially terrorised by escaped park residents such as leopards, while park management and government shirked responsibility using an apartheid-grounded 1950s odiously unjust policy.

The Public Protector’s restorative justice intervention in Hluhluwe-Imfolozi was an own initiative investigation that flowed from a newspaper article about lions and leopards eating people and livestock due to porous reserve fencing, and shocking government indifference to people’s pleas as reported by the people and reflected in early government responses during the investigation.

This constitutionally questionable conduct was about failure to fix the fence around the park, with government claiming there was inadequate funding and refusing to compensate community members for deaths and loss of livestock caused by some of the escaped animals. The justification for refusal to compensate centred on audaciously hiding behind an archaic common law principle of res nullius, meaning “owned by no one” once out of enclosures.

This was discounted by evidence showing that the animals were not res nullius, given that people faced arrest if they killed the animals, even in self-defence.

The response was also against contemporary public policy as our Constitution incorporates people and environmental protection under guaranteed human rights in addition to the value of ubuntu, which is a departure from the racial dehumanisation that underpinned colonial and apartheid policies.

I was immensely saddened and disappointed to glean from Sara’s letter that the plight of the people and the wildlife continues despite the remedial action set out in the Ubuntu report. In the process of verifying the allegations, I discovered that the injustice confirmed by the report remains unremedied.

As a result, an Okhukho and Nqulwane communities committee has lodged a new complaint with the Public Protector to investigate the porous boundaries and unremedied claims of loss of life, limb and stock. Sara’s letter states:

I last wrote to you in 2016 regarding the very sad state of affairs at the Hluhluwe-Imfolozi Game Reserve in KwaZulu-Natal. I know that, back then, an incident regarding a gogo’s livestock being killed by lions and wild dogs that had escaped from the park concerned you. Unfortunately, things have got dramatically worse. For the past six years I have campaigned tirelessly to get the KwaZulu-Natal department of environmental affairs and tourism to sort out Ezemvelo and the KwaZulu-Natal game reserves. I have failed dismally.

“The state of the parks has hit absolute rock-bottom as a result of poor management. The levels of corruption, nepotism and political skullduggery are staggering. On a weekly basis, communities surrounding the parks suffer livestock loss from lions and wild dogs that escape through non-existent fences. Elephants roam freely outside the parks, and it is only a matter of time before someone is killed. We have lost nearly 200 rhino through poaching this year. And that is in the KwaZulu-Natal parks alone!”

“Over the years, I have engaged with past MECs including Sihle Zikalala and Nomusa Dube-Ncube. I have been in contact with Ravi Pillay the present MEC for environmental affairs, but cannot secure a meeting. I have dealt with every Ezemvelo CEO for the past 10 years and have even addressed the portfolio committee for environmental affairs in Parliament about the crisis.”

READ: Ntuli running his own race away from slates

“Not a single constructive thing has happened regarding Ezemvelo and the national parks in KwaZulu-Natal over the past 10 years. I have now got severe activism fatigue! I need some legal or political head to join me in this battle. Do you have any suggestions of any legal or political individuals or journalists that I could contact who could help me in getting the provincial government and Ezemvelo to pay attention to the extremely dire situation?”

I felt ashamed that I had missed the email for months. Remembering Brené Brown’s advice that shame is not always helpful, I quickly forgave myself and sprang into action. My draft response suggested journalist Karyn Maughan and human rights lawyer-turned-journalist Mark Heywood.

Then I had an epiphany regarding the fact that I too am a journalist, having been writing columns for City Press and Financial Mail for over five years, which led to this letter.

In addition, I added this matter as a case study in a social justice and the law course that we are currently presenting as the Centre for Social Justice.

Incidentally, no government agency signed up for this year’s offering despite the course having been conceived as part of our town and gown social responsiveness offerings as the Centre for Social Justice at Stellenbosch University.

READ: Thuli Madonsela | One corrective step at a time

What’s happening is a violation of our constitution on many fronts. When presenting the Dullah Omar and Russel Botman memorial lectures and to the Gauteng executive lekgotla and in Parliament’s strategic planning retreat in the past few weeks, I posited that our Constitution as a transformative blueprint for a social democracy was founded on three ideals, namely democratic values, social justice and fundamental human rights progressively yielding an improved quality of life for all citizens and freeing the potential of all persons.

I further referred to Constitutional Court jurisprudence that says these ideals should, together with the value of ubuntu, inform all government decisions including laws, policies, programmes and approach to litigation.

There is no gainsaying that what is happening to the people around the Hluhluwe-Imfolozi Park is against our constitutional commitments and democratic principles, including ubuntu.

Regarding democratic values, I opined that democracy’s genealogy lies in people’s quest for “nothing about us without us and for us all”.

Regarding social justice, I aligned myself with the John Rawls notion of social justice as fairness to all, but augmenting the unpacking of fairness to include restitutive action to level socioeconomic relations to remedy enduring inequality previously manufactured by the state through dispossession, oppression, exclusion and preferential treatment based on race and other irrational and odious premises.

Regarding human rights, I referenced the Constitution’s section 9 promise of equal enjoyment of all rights and freedoms by all regardless of diversity, and the section 7(2) injunction to make this happen for all, considering existing disparities, and the duty to respect for all human life and the environment.

Borrowing from my colleague, Professor Nico Koopman’s address at the 2022 Social Justice Summit that focused on restitution, I suggested that the transformational approach which optimises attainment of the constitutional vision and guardrails in everyday decisions of government and society is a systematised transformative governance ethos anchored on five considerations.

I further suggested a leadership that is ethical, purpose-driven, impact-conscious and committed to serving all; one which should correspondingly inform all elections, appointments and everyday actions in government and society.

My call to action to you, the president of all in our land, not just the privileged few, is that you immediately apologise to the affected communities in the Hluhluwe-Umfolozi ecosystem.

Please assure them that they matter and that – in line with the Batho Pele principles and Justice Albie Sachs’ views in PE Municipality v Various Occupiers, as well as Justice Thembile Skweyiya in Joseph v City of Johannesburg – they come first. Immediately summon the premier of KwaZulu-Natal, the MEC and the Ezemvelo leadership to your office to give you a report on what happened since the Ubuntu report.

Ask them for a plan of action indicating what they will do to remedy the situation. That plan should include an immediate apology and visit to the communities, meaningfully engaging with them on park management and mutual thriving. An apology is an important step in restorative justice, particularly from an ubuntu perspective. It should include Nancy Fraser’s three dimensions of social justice-based governance, namely recognition, restitution/redistribution and representation.

I hope you don’t, like those implicated in state capture who clamoured for my silence, say I am not the Public Protector anymore. As civil society, the Constitution confers us a right and duty to fix what we can to make our democracy work for all, a philosophy that underpins the work of the Centre for Social Justice and the Thuma Foundation.

Our rights and responsibilities include holding you and others exercising public power accountable when you veer from the constitutional guardrails. This is called social accountability. It is my considered view that it will not be necessary for me help the people explore lawfare, as Sara despairingly suggests, given the lack of responsiveness. When you took over leadership of this country, Mr President, you promised a new dawn. That new dawn should mean something to the Hluhluwe-Umfolozi ecosystem communities.

They need assurance that constitutional promises on democratic governance, social justice and fundamental human rights anchored in ubuntu apply to them too. Also note that, according to the Constitutional Court in Khumalo v MEC for Education KwaZulu-Natal, now that you have been alerted to a governance impropriety, you have a duty to act. Can we count on you to step up and assure the people that they matter?

We live in a world where facts and fiction get blurred
In times of uncertainty you need journalism you can trust. For 14 free days, you can have access to a world of in-depth analyses, investigative journalism, top opinions and a range of features. Journalism strengthens democracy. Invest in the future today. Thereafter you will be billed R75 per month. You can cancel anytime and if you cancel within 14 days you won't be billed.
Subscribe to News24
Next on City Press
Lumko Mtimde | Ramaphosa "may not have" violated the Constitution