Time for SA to walk the talk 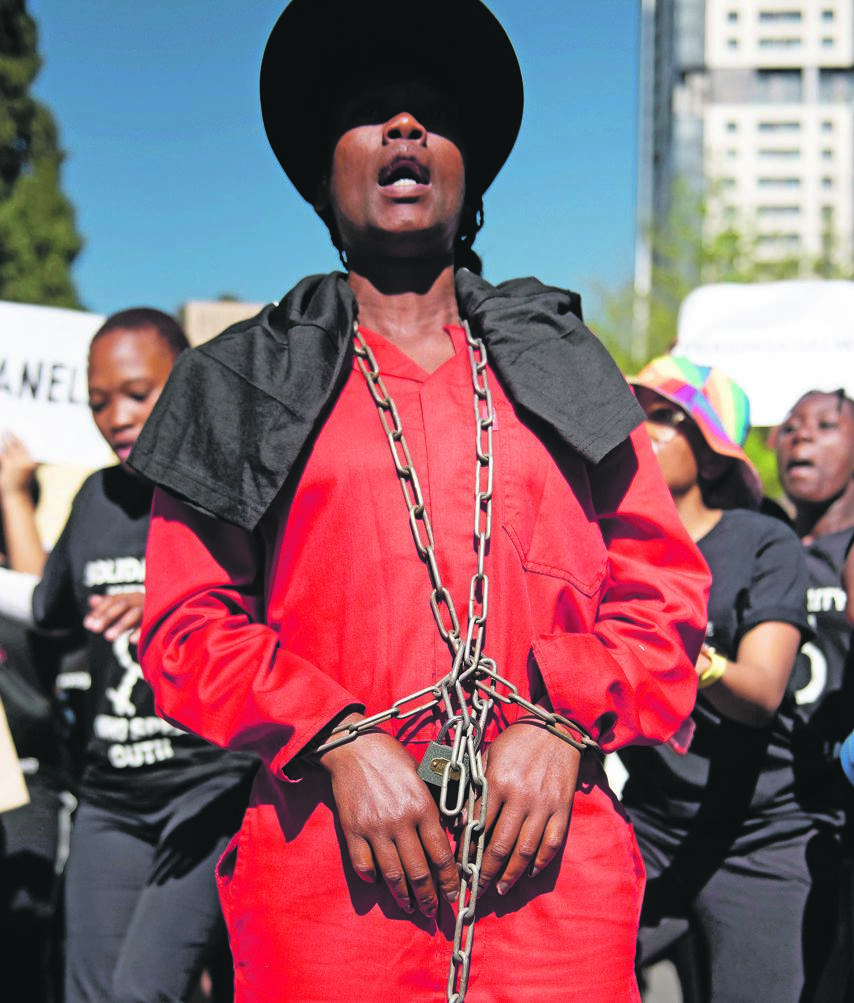 enough is enough Women took part in the #SandtonShutDown march last month to voice their anger against the increasing levels of gender-based violence in South Africa PHOTO: alet pretorius

South Africans joined the global #ClimateStrike on September 20. Earlier in that month thousands gathered to make their voices heard on gender-based violence and femicide, asking #AmINext, and saying #EnoughIsEnough. These protesters demanded that President Cyril Ramaphosa speak to them and introduce special measures to address the rising levels of violence.

Marches also occurred focusing on the xenophobic violence that rocked the country recently. The activism prompted the president to convene a special joint sitting of Parliament, where he noted that there was a “dark and heavy shadow across our land” because levels of gender-based violence and femicide were incredibly high. He said public violence directed against foreign nationals and South Africans “exposed not only the levels of intolerance in our society but also the extent to which so many of our people are frustrated about their social and economic conditions”.

Xenophobia, or Afrophobia as some have called it, occurs in a context in which more than 2 million foreign tourists came through our ports of entry in July this year.

On the surface, #ClimateStrike, #AmINext and #EnoughIsEnough are not connected. When we talk about the climate crisis and xenophobia, we often do so as though all people are affected equally. We forget to talk about race, class and gender and the way they influence vulnerability to these issues, and their effects.

acknowledging the links between the climate crisis and xenophobia

Yet, over the past few months, I have also been at public events where I’ve heard South African women say things such as foreign women “come and trick men just to get married and have a passport, then they run away” and that “women are coming over the border to just have their babies so that they get a South African passport”.

We must tackle these harmful ideas head-on, and the time for these discussions is right now. An essential part of this is acknowledging the links between the climate crisis and xenophobia. According to the World Economic Forum, the climate crisis and the economic and environmental crises that follow, will require more women to migrate or force them to become climate refugees. The climate crisis makes the world a less safe place for people to live.

As a result, many more people are likely to migrate voluntarily, seeking better economic opportunities, political stability or freedom from violence. While the impact of the climate crisis is undoubtedly and undeniably negative, the effect of migration for women can be positive or negative.

In 2015, when the number of refugees was at its highest levels since World War 2, almost half (48%) of those refugees were women. Women migrate as much as men, but migration is more likely to be an empowering process for women if they are both individually and socially supported.

when in transit, women and girls are more at risk of sexual violence and being trafficked

Last year, the Institute for Security Studies (ISS) report Gender and Migration in South Africa: Talking to Women Migrants, showed that when women make the decision to migrate it can reduce their exposure to poverty and improve their life opportunities. Similarly, for some LGBTIQ persons, going to a country with more liberal laws can make it safer for them to live out their gender identity. Migration can thus increase access to opportunities and enhance dignity.

The climate crisis makes it more likely that people will migrate, and in this process women are affected differently from men. For example, a recent Swiss Agency for Development and Cooperation (SDC) report, Women on the Move: Migration, gender equality, and the 2030 Agenda for Sustainable Development, showed that when in transit, women and girls are more at risk of sexual violence and being trafficked. Where the climate emergency causes droughts or floods, women are likely to have to travel further to collect water or undertake subsistence farming.

In addition, where patriarchal norms persist, the decision to migrate may not be taken by the women, but by their husbands, partners, brothers or fathers. The ISS and SDC note that when women travel across borders, even when they are highly skilled workers, they are relegated to unskilled and vulnerable working conditions that further isolate them and make them vulnerable to exploitation.

In addition, they note that foreign nationals face xenophobia from government officials and ordinary citizens.

READ: Time to plan cities with women in mind

ReliefWeb notes that where climate disasters occur, this also affects women’s ability to access sexual and reproductive health services. Where women are irregular migrants or asylum seekers, they can be less likely to access the basic services that our Constitution entitles them to because of fear or stigma. This vulnerability is exacerbated by South Africa’s backlog in processing applications for asylum, and the small number of asylum seekers who are granted refugee status.

In a country like ours, where gender-based violence is a daily risk for women, this economic and social vulnerability increases the likelihood that migrant women will experience gender-based violence. In fact the women the ISS spoke to said that this was what they were most afraid of. Like gender-based violence, harmful myths about “others” encourage and promote violence against foreign nationals in the country. Like the climate crisis, we can no longer deny that it is our responsibility to turn these stories around.

We can no longer afford to talk about the climate crisis and xenophobia without taking gender into account. Both the ISS and the SDC suggest a few solutions that South Africa could implement:

Addressing the gendered impact of our migration policies and practices make it more likely that we’ll achieve the Sustainable Development Goals and less likely that violence will happen. It’s essential, and we must do it now.

Jennifer Smout is a commissioner of the Commission for Gender Equality

We live in a world where facts and fiction get blurred
In times of uncertainty you need journalism you can trust. For 14 free days, you can have access to a world of in-depth analyses, investigative journalism, top opinions and a range of features. Journalism strengthens democracy. Invest in the future today. Thereafter you will be billed R75 per month. You can cancel anytime and if you cancel within 14 days you won't be billed.
Subscribe to News24
Related Links
Can we change the violence conversation to include men?
#AmINext: Don’t get sued for telling your story
Editorial: Enough talking. We need real action. Now
Next on City Press
Mondli Makhanya | The gospel of deviancy