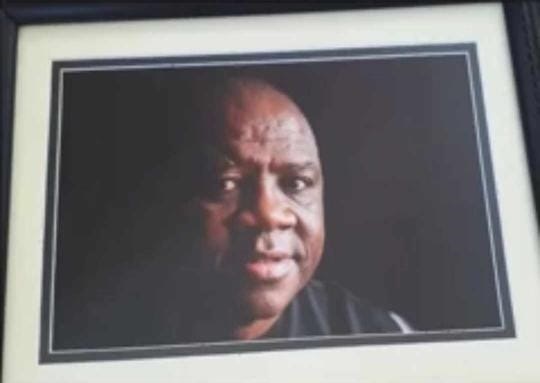 Dr George Koboka was shot and killed at his Diepkloof surgery in Soweto. Photo: Supplied

The recent death of Dr George Koboka, a general practitioner from Soweto, sent shock waves in society and the profession. He was

a husband, father and community builder better known as “the people’s doctor”.

The news of his gruesome murder was alarming, and some of us hoped the information was based on mistaken identity or misinformation. It was harrowing to imagine a doctor born and bred in Diepkloof, Soweto, now serving the same community, being shot while on duty.

It all happened in his consultation rooms, where he saved numerous lives and most probably where he took his last breath.

Tributes from family members, colleagues, friends, politicians and patients were quite moving. The statistics shared by a representative of the Soweto Independent Practitioners Association during Dr Koboka’s memorial service shone a spotlight on the magnitude of the problem. Indeed, criminal activities also affect others outside the medical profession.

The critical difference between health and other establishments is medical practitioners’ inability to exercise the “right of admission reserved” clause. Health establishments cannot apply the clause because creating barriers to accessing care violates ethical standards and is criminal.

Dr Koboka was larger than life; he was loud, he spoke his mind, he cared and wore the warmest smiles. We were in the same class in medical school and were often in the same group because of the first letter of our surnames. The news of his death shattered our peers and brought the vulnerability of health professionals to the fore.

The essential workers we celebrated not so long ago, the so-called health heroes, are highly exposed to criminal activities. It is unbelievable that emergency medical services crew have to put on bulletproof vests to protect themselves from the very society they are serving.

One wonders if the criminals are members of the communities where these incidents occur, raising a question about the role of communities in fighting this scourge without subordinating the critical responsibility of law enforcement agencies.

The societal and human cost of Dr Koboka’s death goes beyond providing health services. He responded to the community’s needs, and older people will miss his humanity and ability to make them feel seen and appreciated through his deeds. He was always available to assist 24/7 and did house calls when required, as one of his former patients testified.

The human cost of his death goes beyond his family, friends, employees and patients. The community has lost a role model who grew up in Soweto, went to medical school and later came back to serve his community. Reference was made during his memorial service to young people currently studying to become medical doctors citing him as a significant influence.

Soweto-based doctors on the way out

I have spoken to some Soweto-based colleagues contemplating closing their doors because of criminal activities in the area, notwithstanding those who have exited. We can start to imagine the impact such incidents have on the sense of safety and security for professionals, employees and patients. New entrants and young professionals wanting to start operating their businesses in Soweto and other affected areas will have to consider the cost of securing their premises. The additional security costs will have to be borne by someone, most likely the health services users.

At least 10 Soweto medical practices were attacked in the past three months. All stakeholders need to appreciate the direct and indirect costs of these incidents.

Dr Koboka’s death has a colossal impact on the community. The patients will immediately feel the effect on access to care, availability of their medical records and, for some, their ability to afford the cost of care. Neither should we forget the psychological impact on his family, patients, employees and the healthcare team that attended to him on the fateful day.

His employees, the professionals he collaborated with when caring for his patients, and all entities who provided products and services to his medical practice will feel the economic implications of his passing.

Khubeka is from Health IQ Consulting