Ubuntu, privilege and sheer ignorance thrive in the midst of Covid-19 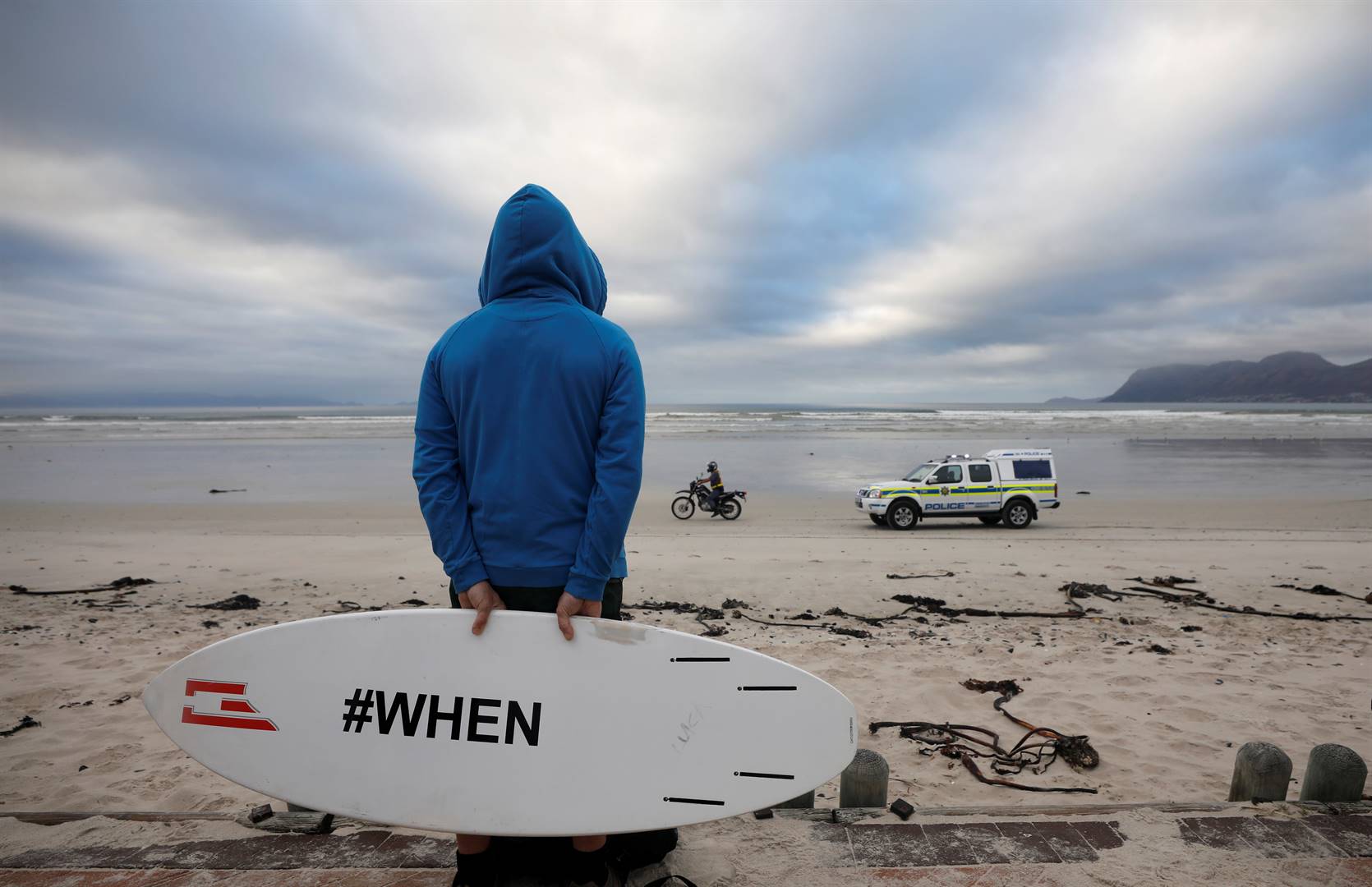 Police patrol as surfers and other ocean users protest against the nationwide lockdown regulations that allow exercise but not water activities. Picture: Mike Hutchings/Reuters

On March 15, with 62 confirmed cases of the Covid-19 coronavirus, President Cyril Ramaphosa declared a state of national disaster.

South Africa was conditioned to understand the gravity of the situation at hand. A week later, a 21-day national lockdown was declared. Meaning, the old was gone and a rather different South Africa was about to materialise.

This, of course, hit the vulnerable the hardest and the people in relevant industries. Jobs were affected leading to salary/wage cuts or no payment at all. Household incomes were and are still shifted, and this almost crushed those who took to the streets to perform the little they could to put food on the table.

The spirit of ubuntu was one of the first things to come into light during this plight. Society thought of the vulnerable who would go hungry and one began to see the beginning of positive initiatives such as food parcel drives taken by government, individuals and foundations.

A video also emerged and trended on social media platforms of a man from the Mamelodi hostel in Pretoria, who asked a SABC journalist on live TV for R20 because he was hungry and depended on collecting scrap metal to put food on his table. This led to an outpour of donations to him and many more who took to many platforms to share their pain.

This was the case when the scenes of the queues, on the first day of lockdown, ensued. Many criticised them, while sitting in their comfortable homes, filled with food in the fridge, as if those fellow citizens chose to be stuck in such difficult lives.

Even when the social grants were provided and the long queues prevailed, some said that those were the ignorant South Africans who wanted to contract the virus.

The purpose of the national lockdown is not to maltreat and victimise South Africans, but it is to protect them and others.
Andisiwe Kumbaca

They were called all sorts of names, some called for their arrest while others portrayed them as oblivious people who undermined the rules of government. However, that was not the case. Firstly, this exposed the asperity of inequality in our nation.

The majority congested in queues were from the township and rural areas. It was not because they wanted to be, but this was their only choice because of the vulnerability they have been subjected to due to by our history. However, to others, this seemed like a ignoramus actions.

Then we reached level 4, that’s when the skyf battalion ascended. This also bred many more other pseudo-revolts, such as the surfer’s accord. Those who were throwing their toys around, conducting social media protests on the ban of cigarettes, those who staged their disapproval’s on the banning of water sports and many others failed to realise that their place of comfort was making them utter words such as those they indicated.

Then there is the ignorant division who seem to think that the lockdown regulations are synonymous to the apartheid-era.

Now, why would anyone compare regulations meant to curb the spread of a deadly virus to the brutal oppression of millions of marginalised groups, which has still life-lasting effects on these groups today. The socio-economic impact of apartheid is the reality you see in many black lives.

The purpose of the national lockdown is not to maltreat and victimise South Africans, but it is to protect them and others.

The strict regulations are set in place to condition South Africans on the seriousness of what Covid-19 entails. So the nescient statements which come from a place of privilege are unfortunate when we were doing so well as country by spreading the spirit of ubuntu and kindness during this trying time. Every life is more than important and we are all equal in the Covid-19 context. This is the fight to make sure everyone lives.

*Andisiwe Kumbaca is a Bachelor of Social Science graduate, a public servant and community activist.

Related Links
We were warned, but profit made us lazy
Covid-19 pandemic offers chance to take stock and recapture ubuntu
Thuli Madonsela: Is this our shift moment?
Share
Next on City Press
Our leaders have no moral authority, why should we listen to them