Voices | Let us curb our appetite for chaos 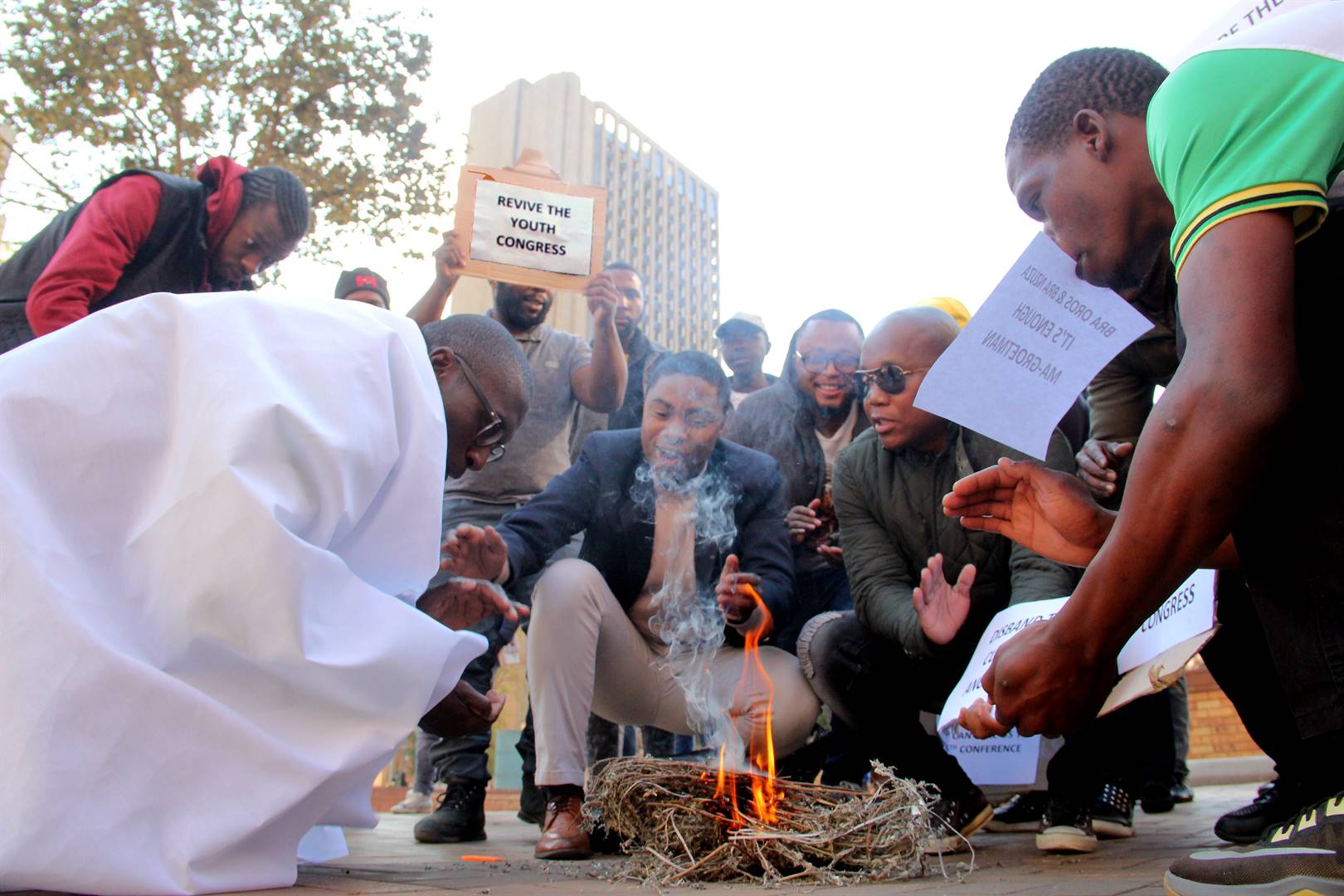 The ANCYL members who marched to Luthuli House to dissolve the ANCYL NEC. Photo: Collen Mashaba

Fresh from the escapades of the July insurrection and looting spree, South Africa has since been busy with toxicity and chaos – using social media to fan the flames.

A few weeks ago, the last apartheid president passed away and racial tensions were pre-1994 fever pitch once again. It is a fact that South Africa is going through its most politically turbulence in the post-apartheid era. It’s always a trigger away from chaos.

READ: How political parties blundered ahead of a crucial election

So loyal are South Africans to the ANC that they would rather not vote rather than to vote against the ANC.

They cannot see themselves outside the ANC which has delivered the unimaginable in its prime and society just cannot forget.

Zandile Gumede, a notable erstwhile leader of the movement in the eThekwini region, once remarked – admittedly with a measure of hubris – that the ANC was bigger than South Africa.

Many rebuked that statement as fallacious but events have proven that to be sadly true. Whenever the ANC has coughed the country has caught a fever. Everything happening in the country today is divided along ANC factional lines.

The governing party has failed to deal with its factional battles.

FW de Klerk’s death was expectedly divisive and racially explosive but was the name-calling and malicious association necessary?

READ: Modidima Mannya | De Klerk Foundation is forcing us to speak ill of the dead

At a time leaders of the party were supposed to be providing support and possible remedies for past hurt to apartheid victims but they resorted to the adolescent trap of harmful sarcasm, losing the opportunity to make a difference.

Archbishop Emeritus Desmond Tutu left us for a higher calling last month. Considering the insults that have been thrown at him since his death, we have to ask:

how indecent is South Africa today to a man who stood firm and did not run away from the terrifying might of the apartheid regime?

Here is a man who dared the dogma of Christianity and stood with the alienated and disposed LGBTIQ+ community. What more could he have done? He risked his standing in the clergy to transform Christianity into a home for everybody who sought healing.

READ: Vusi Shongwe | Even in heaven, Tutu might just protest

When did he ever discount the truth? With Thabo Mbeki he was unforgiving, with Jacob Zuma he was as loud in condemning wrongdoing and he was brutal in his condemnation of the late Robert Mugabe.

Billionaire entrepreneur Strive Masiyiwa has referred to the Arch as the most fearless man he has ever known. Is it the testimony to the biblical adage that a saviour is never appreciated in his homeland?

READ: How Tutu’s family started planning for life after his death six years ago

The extremity of the insults aimed at the Arch are uncomfortable. He might have been a bishop but he also had his mistakes, like all of us. He lived among us and was showered with praise.

Where was the conviction of his anti-revolutionary stature when he was alive? How deplorable would you have to be to wait for one’s death to insult him?

It was so sad to witness individuals who in the yesteryear went to extreme lengths taunting the world inspiring idea of a “rainbow nation” now turning against it. What is shocking more is that the people at the centre of sowing divisions are by their own conviction revolutionaries.

Parliament went up in flames this week. That inferno has opened another diabolical episode of toxicity. Some of the comments attributed to people society expects so much from are disgustingly vile. In the public sphere the abhorrent comments are always divided along the lines of ANC factions.

The appetite for chaos some of our leaders have is a huge cause for concern as it is a risk to the stability of the state. The obscene celebrations of the destruction and advocacy for disruption needs to be attended to.

The insults that dominate the current discourse are sickening.

Mutema is an economist and political analyst