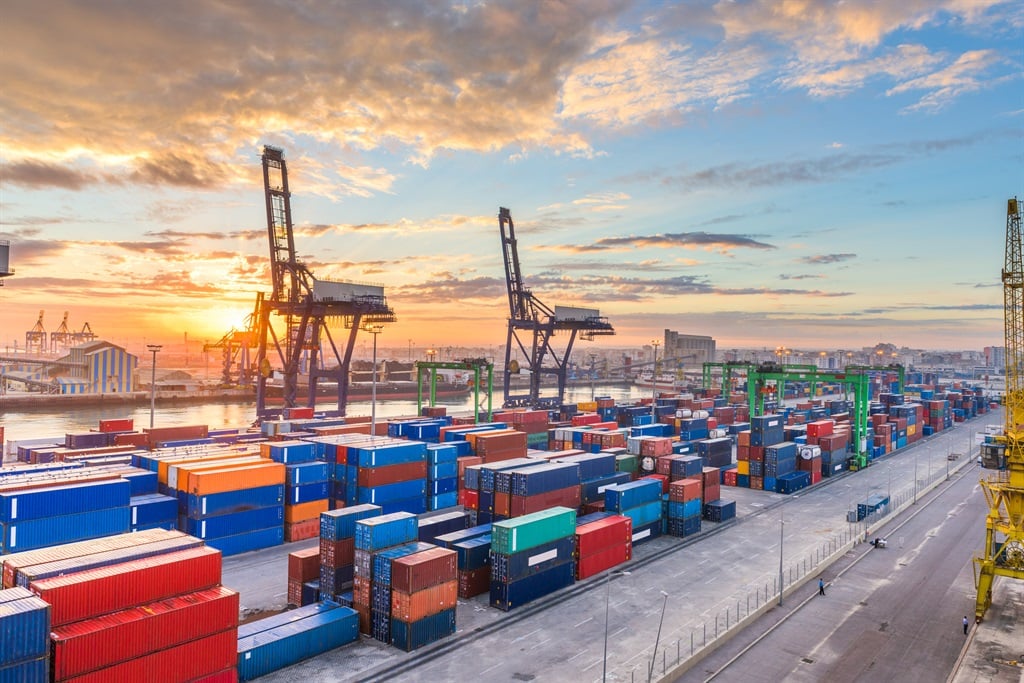 The economic foundations of Africa and its peoples, the economic evolution of the continent and the manner in which its ancient civilisations developed cultural and commercial ties with other parts of Africa and the world are unfamiliar topics for most people, including Africans.

In his book A Fistful of Shells, historian Toby Green writes: “For decades, outside a small circle of passionate, dedicated scholars, these African pasts have suffered neglect. Yet they reveal ancient civilisations and a history whose relevance is absolutely contemporary.”

Indeed, ancient Egypt, Aksum, Carthage and Kush are said to have the same level of commercial prowess as the) ancient Romans and Greeks, and were even pioneers and innovators of commerce and trade. Agriculture thrived in the Nile Valley and crops were also exchanged.

In medieval times and in precolonial Africa, the kingdoms of Ghana, Timbuktu and Mapungubwe were trading hubs for regional and international trade, including with India and China.

In a 2017 essay titled The History of African Trade (commissioned by the president of the African Export-Import Bank (Afreximbank), Benedict Oramah), Harvard University’s Professor Emmanuel Akyeampong reflects on the pre-1652 regional trade networks across South Africa between the Khoisan in the south-west, the Batswana in the north and the AmaXhosa in the south-east.

Postcolonial Africa also became a proponent of regional integration, with a desire to industrialise and correct perverse patterns of trade that perpetuated the continent’s dependency on the developed world.

The success of the recently held second Intra-African Trade Fair (IATF) 2021 is evidence that Africa has now come full circle in its economic history.

The event brought together leaders of industry from 69 countries (46 African and 23 non-African), as well as seven African heads of state. Small and medium-sized enterprises also showcased their products to throngs of visitors and buyers.

Estimates are that about 12 000 people visited the Durban International Convention Centre daily, with many participating virtually. Upwards of 1 160 companies or entities showcased their wares and services. For the first time, the youth and the creative industries of our continent also participated in this majestic spectacle.

Moreover, the fair proved to be a powerful uniting force across the continent, in the face of an insidious pandemic that continues to divide the world into north and south, rich and poor, and vaccinated and unvaccinated.

The IATF showed the world that Africa need no longer remain on the periphery of the global trading system: it can and will industrialise and diversify its exports, break out of existing trade patterns and seek its own unique development path.

All efforts were made to pursue enhanced connectivity and trade between our peoples, and to revive the commercial culture and market economies of ancient and medieval Africa, which were hallmarks of African civilisation.

At the opening of the fair, President Cyril Ramaphosa aptly said: “It is our expectation that this Intra-African Trade Fair will further cement its position as Africa’s premier trading platform, where African manufacturers can promote and sell more ‘made in Africa’ goods to one another. This is critical if we are to change the distorted trade relationship that exists between African countries and the rest of the world.”

The IATF advisory council, chaired by former Nigerian president Olusegun Obasanjo, reported that deals to the value of $42.1 billion in trade and investment were concluded.

This is significantly more than the $32 billion worth of deals that were signed during the first instalment of the fair, which was held in Cairo, Egypt, in 2018.

The event also came at a critical juncture in South Africa’s leadership role in Africa, particularly given Ramaphosa’s prioritisation of economic diplomacy on and with the continent.

At the core of South Africa’s foreign policy sits Africa – and since 1994, the country’s leaders have accepted that its success is inextricably linked to that of the continent.

A democratic South Africa was therefore at the forefront of a plethora of African ideational and institutional initiatives, whose aim was to strategically reposition the continent in the callous global geopolitical system.

One such initiative was the transmutation of the Organisation of African Unity into the African Union (AU) on July 9 2002 in Durban. In spite of the challenges that remain, the AU has now evolved into an organisation Africans should be proud of. South Africa was also at the centre of other landmark initiatives, such as the New Partnership for Africa’s Development and the African Peer Review Mechanism, whose successes have defined the continent’s socioeconomic and democratic trajectory.

The hosting of the IATF – organised by Afreximbank, the AU and the African Continental Free Trade Area (AfCFTA) secretariat – from November 15 to 21 in Durban was a continuation of South Africa’s tradition of outstanding service to the people of the continent.

The second instalment of the IATF had been scheduled to take place in Kigali, Rwanda, but just three months before the event, with all the limitations caused by the Covid-19 pandemic and its variant tentacles, the South African government agreed to host this historical exhibition in the birthplace of the AU.

The tremendous success of the event was no doubt a nostalgic moment for South Africans who have witnessed the evolution of our leadership in the continent’s affairs, despite some observers arguing that South Africa’s influence in Africa is in decline.

It could well be true that because of domestic challenges, the country’s focus has not been as sharp on the African agenda and the renaissance of the continent.

As a result, other players have occupied the space and dictated the agenda, lending credence to ancient Greek philosopher Aristotle’s observation that “nature abhors a vacuum”.

As the most industrialised country with the most sophisticated economy in Africa, South Africa has no choice but to take the lead – in concert with other economic powerhouses, such as Nigeria and Egypt – in ensuring the successful implementation of the AfCFTA agreement.

South Africa should also support its son Wamkele Mene, secretary-general of AfCFTA, with the difficult task the AU has placed on his shoulders. As a country that has always been known for punching above its weight and leading “a realist paradigm from the south”, South Africa must now live up to the expectations of many in Africa and beyond.

It must therefore use its resources and capacity to ensure that trade interconnectedness is achieved and intra-African value chains are developed – fast.

The World Bank reports that the AfCFTA agreement “will create the largest free trade area in the world … connecting 1.3 billion people across 55 countries with a combined GDP valued at $43 trillion … with the potential to lift 30 million people out of extreme poverty”.

It is encouraging that Ramaphosa recently embarked on a tour of four west African countries (including Ghana, the seat of AfCFTA) with a view to consolidating political and economic relations, as well as establishing new ones.

If we are to achieve “the Africa we want”, it is high time that countries like South Africa ensured the actualisation of initiatives such as the Cape to Cairo project, from which other economic opportunities could emerge.

Nigeria and Egypt, equally, have an obligation to put their shoulders to the wheel and address Africa’s current developmental challenges through the strategic implementation of the AfCFTA agreement and other progressive initiatives. “The Africa we want” can certainly be “made in Africa”, “by Africa” and “for Africans”.

Extraordinary events are again taking place on the continent, with the potential to effect real structural transformation in the economies of its countries and, indeed, to trigger strategic shifts in the global economic system.

This is without doubt the “raging hurricane against which the old order cannot stand” of which the great Ghanaian Pan-Africanist Kwame Nkrumah wrote.

The journey is bound to be filled with all manner of obstacles, but by working together, we will certainly be triumphant – as the success of the recent IATF demonstrated. It is now time for South Africa to lead!

Mashimbye is SA’s ambassador to Egypt