When religion leaves you broken 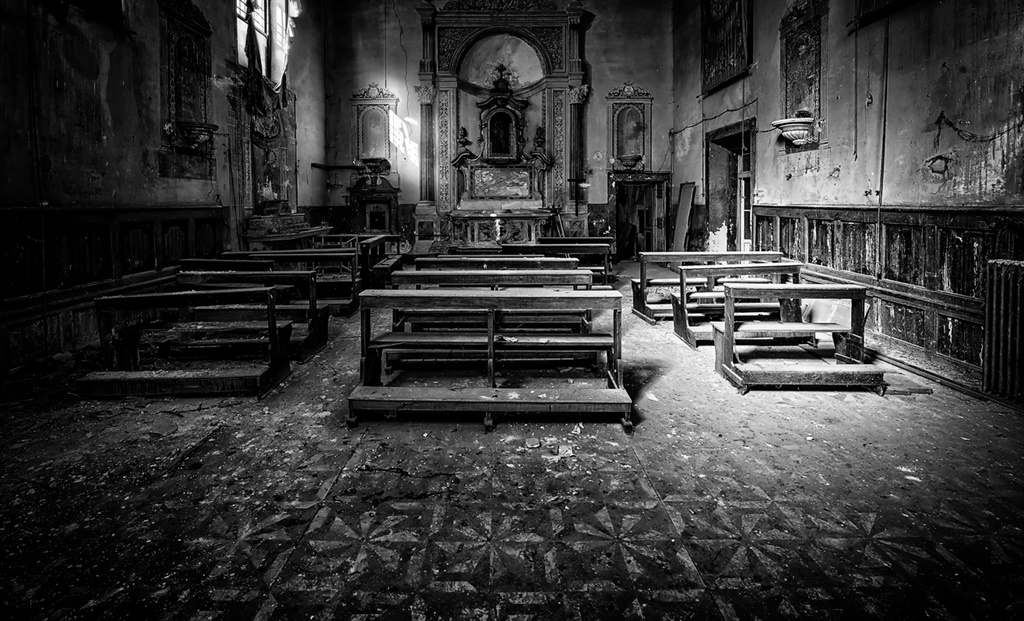 There is nothing clean or godly about the way some pastors abuse power, writes Vicky Abraham

“You invited rape and you enjoyed it”, declared a pastor during my counselling session with him at a small rondavel church in Hammanskraal.

The pastor, who hails from Nigeria, forms part of the largest and most respectable churches in Nigeria.

Although he operates in a rondavel with a membership of at least 50 congregants, the church headquarters boasts thousands of members, and has branches in different continents.

As we sat in his office, he explained how I was responsible for the rape that I had suffered at the hands of the jackrollers during my early teenage years.

He did not consider the fact that I had been wronged and had spent my youth trying to erase the memories of what had happened when I, as well as other young girls from different parts of the townships in Gauteng and across the country, fell prey to jackrollers in the early 1990s.

He did not deliberate on the fact that thousands of women in our country are raped every 60 seconds.

Although I knew that my innocence was unjustly taken away from me, for the first time in my life I believed that the pastor’s words were gospel truth of what happened on that day.

But when I started reflecting on what had happened during the so-called counselling session, a few questions crossed my mind.

Was he speaking in his capacity as a pastor or from the judgement seat of a rape perpetrator?

Did he rape a woman? Was he an abusive husband?

My thoughts were driven by his abuse of power and how he screamed at the congregants while standing on the pulpit, preaching.

In an attempt to vent my frustrations, I sent him an email. Part of the contents of my email read: “I was hurt, and I am still hurt by the words you used during my counselling session, that I invited rape in my life when I was at the age of 12 or 13 and that I enjoyed being raped. Before I got raped as a teenager, all I cried for was holiness, therefore there was no way I could have invited the opposite of purity in my life. I may not have reacted immediately to your words, but they have caused me pain. I know these are words that a majority of men who are in leadership positions and ordinary men have used on rape victims and survivors. Unfortunately, such words cause rape victims and survivors to suffer a second trauma and makes them relive what they went through and wanted to bury or had buried.”

He did not respond to my email and instead he resorted to aggression.

The abuse of power and God’s anointing is rampant in many churches in South Africa.

However, many women and men suffer silently. They fear to speak out against the ills in churches.

This could be owing to the fact that some of the charlatan pastors and fellow Christians misinterpret the Bible.

They do so to deter members from speaking out against their ill-conduct.

I was born in a family of men and women of the cloth.  Although I am a journalist, I spent three years at Rhema Bible College in Randburg to complete my studies in full-time ministry.

But I got introduced to different churches in 2000, when my then editor at the Sowetan, Dr Aggrey Klaaste, introduced church news reporting,and I was in charge of the section.

This meant spending most of my time as a journalist covering religious stories at different churches.

Throughout my years of religious reporting and visits to some of the churches, I realised that pastors select their church leadership and board of directors in a strategic way.

Like all other church members, some of them undergo membership classes before they can become full-time members of a church.

I attended these membership classes and indeed they are informative as they are derived from the Bible.

I would complete the sessions, but instead of becoming a full-time member I often went back to my original church.

There were several factors that propelled me not to become a full-time member at these churches.

Part of it was the manipulation of the scripture and the fear that was instilled in members, especially those who could in future try to expose the rot in the church.

Although some pastors are not equipped to handle counselling sessions – as they are not qualified counsellors – they often go beyond their scope of work to conduct counselling for members.

Instead of bringing restoration and healing to the counsellees, they open old wounds that were about to heal.

Confidential information that is discussed during counselling sessions with members becomes a subject for a Sunday sermon and it is used to humiliate members.

Information gathered during these sessions becomes part of a false pastor’s prophesy during sermons.

Sometimes, without mentioning individuals’ names, they would single out an account that stood out during a counselling session.

Focusing on a specific incident, they would say there’s a sister/brother in this place who lost his/her property and the Lord says He is going to restore your finances.

Without knowing or refusing to admit that God did not speak to the pastor, members, including the counsellee, would clap hands because they believed the anointing of God was upon the leader and that indeed God delivered this message to the pastor.

This was after the same pastor’s enquiry about the youngster’s sexual background.

What bothered me was that some of the Nigerian pastors did not believe that South African women could remain virgins until the age of 21.

The above-mentioned pastor, from a church in the northern suburbs, announced on the pulpit that it is unusual for a South African woman to still be a virgin by the time she gets married.

During my coverage of the Commission for Promotion and Protection of the Rights of Cultural, Religious and Linguistic Communities investigations, it emerged that some of the churches were operating illegally as they were not registered.

Despite that, members are urged to pay tithes and offerings, meaning funds go into the pastors’ bank accounts.

Sadly, when congregants leave such churches they come out 10 times worse than they were when they joined.

They lose hope in life and become poorer because they spend most of their time giving money to the church.

Related Links
A tale of David vs Goliath in Omotoso trial
Wife laughs as rape survivor testifies in Omotoso rape trial
‘I’m not scared of death’: Omotoso whistleblower survives shooting
Share
Next on City Press
Editorial | The ANC must walk the economic talk or we all fail Choose a newsletter
Voting Booth
Will the move to alert level 1 change the way you approach your personal and professional life?
Please select an option Oops! Something went wrong, please try again later.
No, already living the ‘new normal’
45% - 47 votes
Yes, I can finally emigrate
18% - 19 votes
Yes, my business can finally thrive
4% - 4 votes
I just wanna do the Jerusalem challenge
8% - 8 votes
No, I am still scared
25% - 26 votes
Previous Results
Podcasts
Should I pay extra into my mortgage with these lower rates?