Why Ramaphosa wants to pardon Dalindyebo 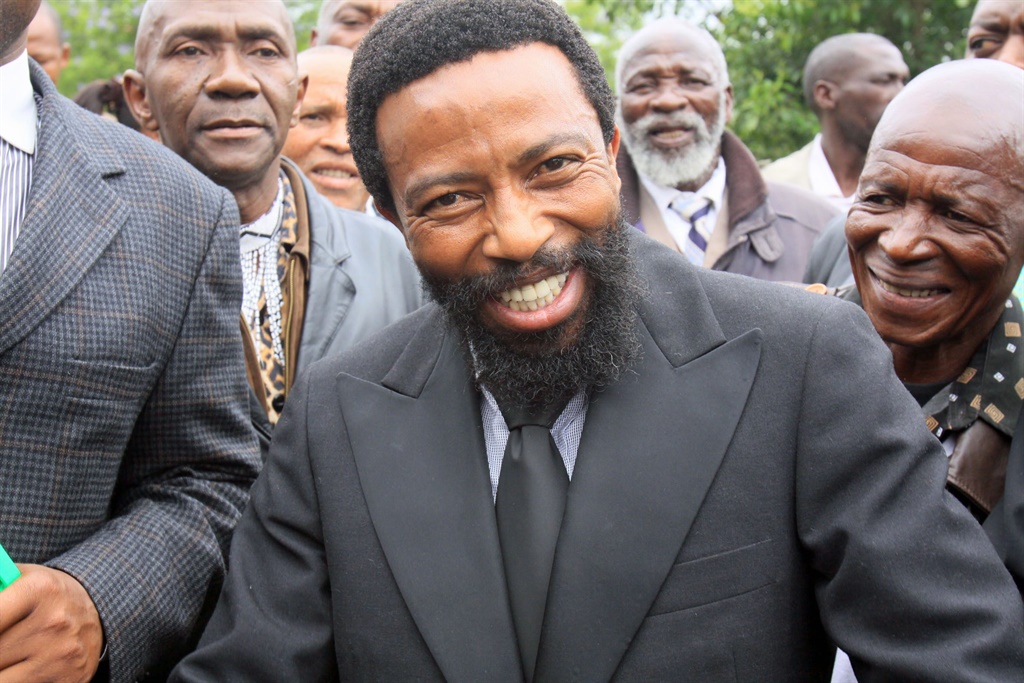 The reports that Cyril Ramaphosa wants to release AbaThembu King Buyelekhaya Dalindyebo have understandably made headlines.

Dalindyebo is only into the fourth year of his 12-year sentence and does not seem to have been a model inmate.

He apparently even refused to wear prison uniform.

This makes his reported release look like favouratism on account of him being royalty – equality is sacrificed, for all of us are supposedly equal before the law.

Why release Dalindyebo, whilst leaving others locked up, when they’ve all been equally convicted?

This is a valid question.

Alarming as the report appears, I’m not surprised that Dalindyebo is being considered for release.

His conviction at the Eastern Cape High Court, whilst upheld by the Supreme Court of Appeal, illuminated one of the unresolved tensions in our democratic state.

This relates to individual status and the law. Rural people are both citizens and subjects, governed under both customary and received law.

The Constitution allows for the practice of customary law, but its precise status in relation to received law is still undefined legally.

There’s contestation over which of the two should assume precedence. Should customary law be on par, or subject to received law?

Dalindyebo’s conviction, at least according to his supporters, suggests that our jurists consider received law superior.

A modern court convicted him over the miscarriage of a verdict he had passed in a customary court.

A couple of people had appeared before his customary court charged with theft. As a presiding officer in his court at eBumbane, Dalindyebo sentenced them to banishment.

In the course of carrying out the verdict, the “judicial officers” burnt the houses of the culprits and beat them up.

The beating was so severe in one case that one of them died. Thus Dalindyebo was convicted of arson and culpable murder.

Whilst there was a clear case of abuse of power in the manner that the sentence was carried out, Dalindyebo’s supporters raise interesting points.

They’re challenging the jurisdiction of the modern court over verdicts passed in the customary court.

Their challenge is noteworthy especially when considering the duality of the status of rural people and authority in villages – i.e. subject and citizen, elected councillors and traditional leaders – that is enshrined in our Constitution.

Whilst the Constitution stipulates that villages be placed under municipalities, led by elected councillors, it also allows for the retention of chiefs and traditional authorities.

Having allowed for this duality in the structures of governance, Dalindyebo’s supporters insist that it also be applied within our judiciary.

Taken to its logical conclusion, their argument essentially means that Dalindyebo should not have been charged by a modern court, but by a customary court, which would have examined his case using the same laws.

Hearing the case at a modern court meant applying different laws and standards.

This not only prejudiced Dalindyebo, but also affirmed the superiority of received law over customary law.

Besides according customary law a subservient status, holding Dalindyebo directly responsible for the miscarriage of the verdict also suggested that the modern court did not recognise traditional authority as part of the state and infrastructure of government.

Victims of miscarriage of justice, for instance, do not sue judicial officers who are directly responsible for misdeeds, but direct their legal actions to the state.

Dalindyebo, as a presiding officer in his customary court, which is generally accepted as part of dispute resolution architecture in our country, therefore, should not have been held personally liable.

Rather, the victims should have sued the state, in the same way they do over misconduct involving judicial officers in our modern courts.

Ultimately, the campaign to release Dalindyebo is not just about him. Rather, it is a reflection of a broader tension over what should become of traditional institutions in a modernising state.

The arguments for his release are not without merit, especially because traditional institutions and practices enjoy constitutional recognition.

The challenge is what form that recognition should assume and the scope thereof.

It also doesn’t help that the Customary Court Bill has not been passed into law. This uncertainty is partly why President Ramaphosa is considering pardoning Dalindyebo.

Frankly, this consideration was prefigured at the point of his imprisonment and by immediate events thereafter.

Soon after imprisonment, the Eastern Cape government was uncertain about Dalindyebo’s status in relation the throne.

The law strips traditional leaders of their title upon a criminal conviction and serving jail time. Yet, this has not necessarily happened in the case of Dalindyebo.

His salary, for instance, was not stopped immediately after he was imprisoned, and officials continued to refer to him as king of AbaThembu.

Whilst the hesitancy could be explained away to the unfamiliarity of the situation, it soon emerged that officialdom in fact still regarded Dalindyebo as the king, even though he was behind bars.

This was signaled by the subsequent enthronement of his son, Azenathi. He was inaugurated as a regent. This meant that Azenathi was acting, making his appointment temporary.

This could only mean that both the royal house and the provincial government expected Dalindyebo to return to the throne upon release from prison.

It doesn’t seem to have mattered to them that the law actually inhibited him from resuming the title.

They considered the law inconsequential to Dalindyebo. AbaThembu, therefore, expect Dalindyebo to resume what they consider to be his birthright upon release.

What the law says here is considered irrelevant. Customary law, even though unlegislated, still rules.

This is the dilemma that confronts Ramaphosa.

Now that he seems predisposed to releasing Dalindyebo, Ramaphosa can’t then turn around and dethrone him. This would be counter-productive. It would cancel out the political capital he aims to derive out of this gesture.

Pardoning Dalindyebo is certainly aimed at a political gain. The timing is not coincidental. Ramaphosa wants the votes of AbaThembu.

This is no different to the political considerations we have seen applied in the case of Zulu King Goodwill Zwelithini.

The KwaZulu-Natal legislature gives Zwelithini financial support that is far more than what other kings get from their provincial governments, if any at all.

It goes beyond his salary to the upkeep of his entire household. Our president is now even hesitant to implement the recommendations of the former president, Kgalema Motlanthe, that the land administered by the Ingonyama Trust be placed under state ownership.

Read: Ramaphosa to Zwelithini: Black land not under threat

Motlanthe’s investigation uncovered enormous abuse in the manner that the Trust has administered the land.

Rightful owners of what is supposedly communal land pay rent for the benefit of the king and do not share in the profits from land leased out for commercial use.

What is clear here is that South Africa still faces a dilemma over what to do with traditional authorities and customary law.

There is no doubt that this part of our society cannot be left untouched by change, especially where there are cases of abuse of power. But, these institutions can also not be wished away on account of modernity.

They hold meaning to a substantial segment of our society.

Promulgating laws does not lead to instant societal changes. These take time to follow suit.

This is not odd. That’s just how transformation of society happens. It’s gradual.

. Mcebisi Ndletyana is an associate professor of politics at the University of Johannesburg