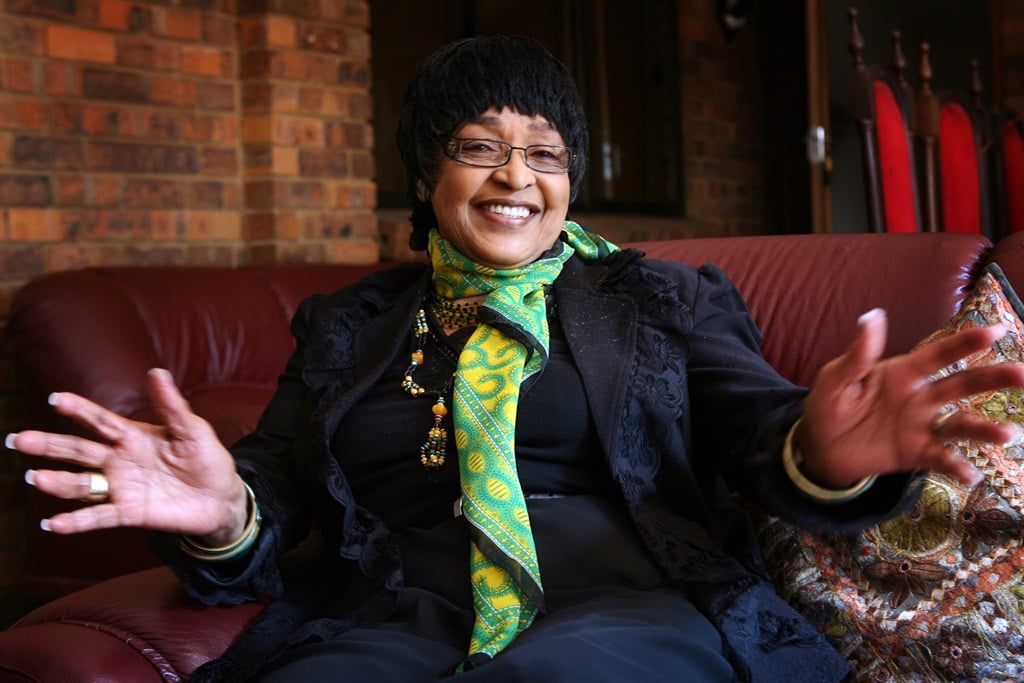 Winnie Madikizela-Mandela during an interview with City Press at her home in Soweto in 2010. Picture: Leon Sadiki

Comrade Nomzamo Winifred Madikizela Mandela, whose name reflects the romance of difficult political times in South Africa, is no more.

A valiant daughter of the African National Congress to the bone marrow, she has vanished back to where the gods of revolutions dream.

Her passing is once more a reminder that the currents of mortal life are both unpredictable and generally shortlived.

Her death is really one of the silent tragedies of our time.

When I first heard about her untimely passing, I felt as if I had been touched by the messenger of the king of the dark chambers.

Yes, she is gone.

She has joined a galaxy of African revolutionaries who came, conquered and departed from planet Earth.

Among the living, she tore down all barriers of race, class, gender, religion and sexual orientation.

She believed in the fundamental equality of humankind. She linked her hands with the poor and the disadvantaged, showing all of us that we are here to serve humanity.

Her uncorrupt and incorruptible nature remains a message to the country that we need to stop being primitive in the art of being human.

She will always be remembered as a comrade who had an intelligent heart and an open mind.

There is no doubt that she added much to the ongoing battle for the higher civilisation of the world.

Through her shining struggle legacy, she has given current and future generations a sign that she was once here on Earth.

She was both human and humane.

Her undiminished and timeless beauty was like the echoes of the stars. Its source was beyond reason.

Her ever sparkling smile had a mesmeric hold on our imagination. And to borrow from Ben Okri, “Death, a poetic condition, is flesh becoming spirit again. It is the miracle of a circle completed, the unheard melody of a life returning to unmeasured silence.”

She bravely unleashed the sublime possibilities of the human spirit when she conquered the brutality of apartheid.

She gallantly fought and defeated the evils but never thought of herself as a demigod like so many of us.

She donated much to the mysterious pulse of living. And her shining legacy will always have everlasting appeal.

Death has finally saved her from the outrages of our day. Meantime, we celebrate a life that sacrificed so much for the dawn of our rainbowish and democratic miracle.

As we bid her goodbye during her funeral, let us gather together revolutionary voices from across the globe and create a carnival in our hearts.

• Abe Mokoena is an independent commentator based in Polokwane

We live in a world where facts and fiction get blurred
In times of uncertainty you need journalism you can trust. For only R75 per month, you have access to a world of in-depth analyses, investigative journalism, top opinions and a range of features. Journalism strengthens democracy. Invest in the future today.
Subscribe to News24
Related Links
The grandmotherly neighbour vs the guerilla fighter: Two sides of Winnie
Brilliant wisdom, fierce beauty: Graça pays tribute to her ‘big sister’ Winnie
Winnie Madikizela-Mandela: An incredible life in pictures
Next on City Press
Voices | How Biko’s ideas are changing Brazilian society