Zama Mthunzi | ANC has taken the baton from apartheid government 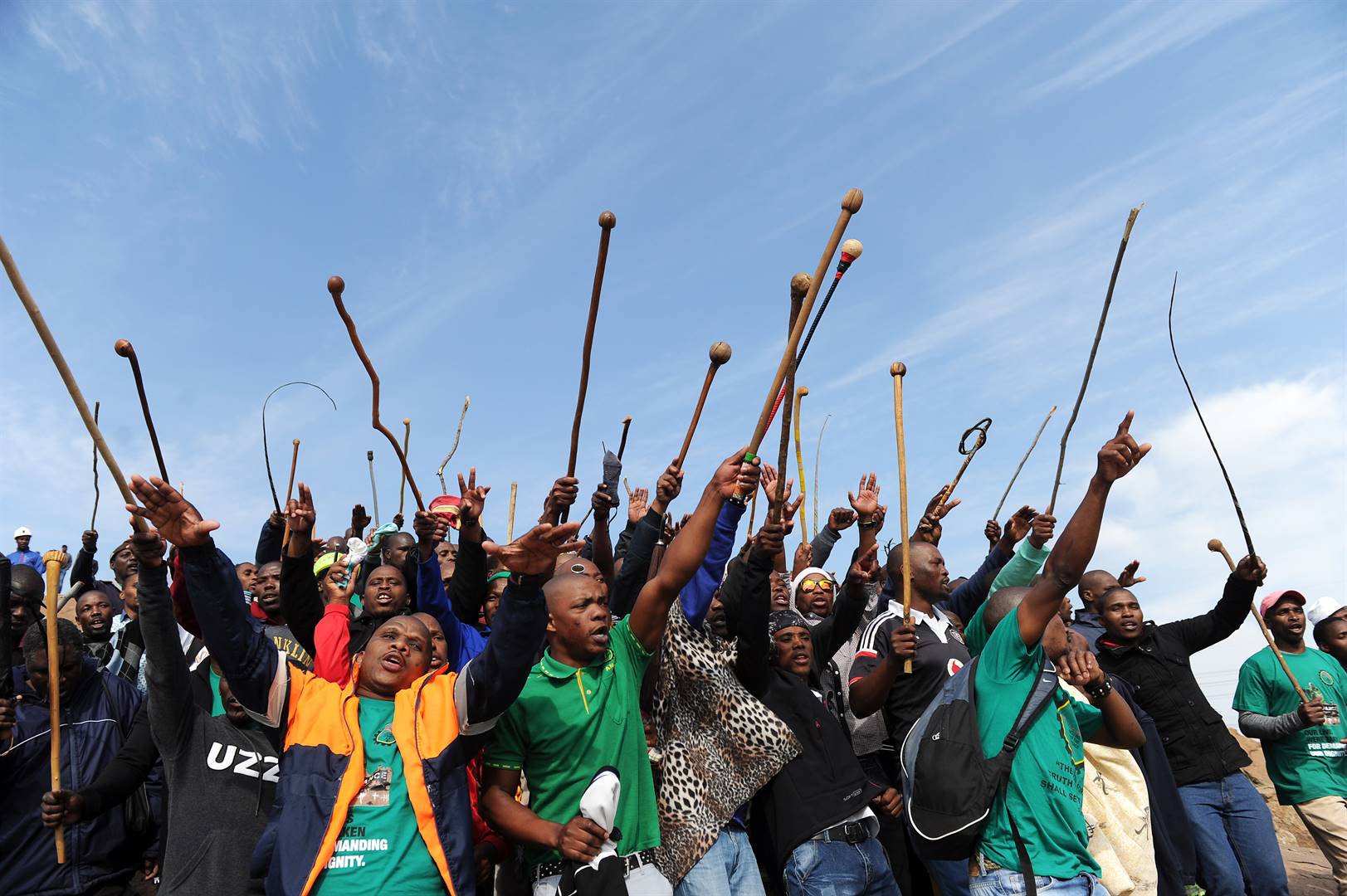 The 2016 anniversary of the Marikana massacre. Photo: Archive

A decade ago, the ANC government massacred 34 mine workers in Marikana, a mining town in the North West. This was the most brutal act of state violence since 1994.

After many lies and deceit from the government and the police, the facts have come out quite clearly throughout the past 10 years.

The mine workers were hunted down, shot in the back while running away and channelled towards narrow corners where they could be slaughtered for striking to demand a better wage.

The sitting government, just like its apartheid predecessor, continues not to recognise this day. It holds no public commemoration events and refuses to make it a holiday even after families of the deceased have asked for such a humble symbolic accommodation.

No one has been arrested for any of the deaths, which were captured live on camera.

President Cyril Ramaphosa, who was a non-executive shareholder of Lonmin at the time, the company which owned the mine, continues to ignore the pleas for him to visit Marikana.

What happened 10 years ago was a massacre of the poor, a heartless act to defend old apartheid owners of capital. The BEE friends of capital delivered. By Marikana, they proved that if the chips were down, they would choose industry over the people.

In the 28 years since it came into power, the ANC government has continued to defend the few rich people who have benefited from South Africa’s post-apartheid democracy. The rich mine, while business owners of the apartheid years have become richer. A few previously poor “struggle heroes” have also, in this young democracy, become super rich.

In another incident involving the police, Andries Tatane was shot dead live on TV during a service delivery protest the year before the Marikana incident.

When the poor demand their rightful access to services, the government sends the police to shoot them.

Just like the apartheid government, the ANC accuses the people of a “culture of entitlement” and invents campaigns such as Vuk’uzenzele, meaning “get up and do it for yourself” – campaigns which sound noble, but essentially have no substance.

When the poor occupy land which they truly need access too, laws are passed to evict them.

When the youth protest for better schools and free higher education that was promised under the banner of “better life for all”, the police are brought in to intimidate and silence them.

As in the apartheid days, we live in a time of mini-massacres. People died at Life Esidimeni, no one was held accountable; people were killed in Phoenix, no justice was seen.

The use of violence as a means of political control, as a means of keeping the poor from demanding their rights, and for protecting the privileges and wealth of a few is standard practice.

The ANC has taken over the baton from the apartheid government. Just like the slaughter of people in Sharpeville in 1960 and the killing of students in Soweto in 1976, the Langa massacre in 1985 and Boipatong in 1992, the ANC has placed itself in the long history of massacres in our country’s history.

READ: Community questions why Marikana tragedy is not remembered as a holiday

The Marikana strike was about ending the deep poverty in that mining community; it represents the fight against starvation wages in our workplaces, children who die daily because their parents cannot afford to feed them, the betrayal of a youth that wallows in unemployment, pupils who do not have textbooks and the struggle against a system that condemns miners, and mine workers who die a slow death from the many diseases of the mining industry. This while a privileges few enjoy the profits of our land.