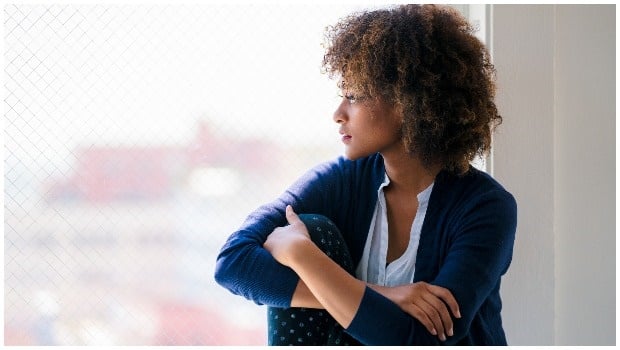 But according to Kgaladi Mphahlele, a Choice of Termination of Pregnancy Manager for Doctors Without Borders Southern Africa, with the common sight of posters advertising fast, and cheap abortion services it is easy to fall into the trap of illegal providers who are looking to make a quick buck and could put women’s lives in danger.

DRUM spoke to 5 women who shared their abortion experiences.

I had an abortion when I was 15 years old and doing grade 9 in 2007. I was dating this handsome boy I had a crush on for a long time and I was so young I didn't know much about sex, except for what I had heard from my friends. One weekend he invited me over his place and we sex without a condom, weeks after that I missed my period for that month and when I told my friends, they immediately knew I was pregnant. I tried to terminate the pregnancy myself by drinking a concoction of boiling Coke, Stameta along with other detergents but nothing happened. I was staying with my older sister at the time. She was very disappointed in me when she realised I was trying to terminate my pregnancy because she was barren. After this my sister told my mom but my mother decided to take me to the hospital for an abortion. It was so painful and I lost a lot of blood but then I didn't care.

When I was 17 I fell pregnant again and even though my mom wanted me to abort again, I refused and today my son is nine years old.

In 2016 I aborted and honestly – I know it might sound evil – I really don't regret it because I didn't love the guy I was dating. I just liked him and I didn't see a future between us even though he wanted the baby. I just couldn't. I also knew that he and his parents loved me but he was childish to the point where when I told him I was pregnant he didn't believe me and I’m not sure if he didn't believe that he could impregnate a woman because he was 38 and childless.

When I asked the guy for money to terminate the pregnancy he didn't give it to me. Even after I terminated and told him, he still didn't believe me until we broke up – until this day I'm sure he thinks I lied. I went to the nearest public hospital, got myself an abortion and honestly the staff there was anything but judgmental. They didn't ask me 101 questions, instead they told me about the after effects I might face. The doctor who performed the termination was an old man in his mid-fifties. He did a good job and gave out the best medication. The experience was painful especially the cleaning of the womb part. I wouldn't wish that upon anyone but for me it was worth it. I don't regret it, I don't count the years of the child or reminisce about what could have been or could have not. I’ve never been pregnant again and I probably will never have a child in the future. The guy and I broke up soon after and to this day we still don't talk.

I had an abortion at the age of 20 and my boyfriend was 23 years old. When we found out that I was pregnant we were both shocked because both of us we were not emotionally and financially ready for a baby. We discussed it and decided to abort. I was not ready at all to have a child. I still needed to grow and become mature because at that time I was not mature enough to take care of another human being. We are still together today and we have discussions about having a baby now because we’re both grown, feel mature enough and are ready for that responsibility. We are taking it easy as the experience was not easy to go through. To think about it all the time or ask questions about how it would have been, will not help me because what is done is done.

I’ve had an abortion more than once. The first time I felt very bad to the point of depression and I was hospitalised. The second time I was raped and the third I was impregnated by a pastor who said that we couldn’t keep the baby.

I’ve had an abortion. I was roughly six weeks pregnant. I went to a private doctor and he gave me a few days to go think about it after my first consultation and when I went back there, my mind was still made up. I was then given medication and was instructed on how to take it. The medical team was in touch throughout the whole process and would call me every morning to check up on me and to check if I’m not bleeding heavily. They made a somewhat difficult experience bearable.

I have not dealt with my emotions, the stigma around abortion doesn't allow us to express our feelings after the procedure. But I have made peace with it and I am not as guilt stricken as I was before. I was not ready then, but I’ve learnt to insist on using a condom.

I had two abortions, one was at home and one was via a backstreet. The first time I was eight weeks pregnant and my cousin suggested that I drink a mixture of methylated spirits, Stameta and vinegar, I was 18 years old and I was sure I didn't want a child and the mixture worked.

The amount of pain I had to endure was like death but two days later it happened. I recently had the second one, I bought pills from a guy and I bled out, I was a couple of weeks pregnant and I didn't even need the hospital.

Speaking to DRUM, Mphahlele answered some questions on how one could protect themselves against illegal abortion providers.

With all the in-your-face advertising, how can one spot an illegal provider from a legitimate one?

There are some tell-tale signs that you can look out for:

Here are some basics about legal abortion services:

•In government facilities these services are free of charge.

•Consultation must be done in a consulting room with confidentiality and privacy.

•The procedure must be done by a named healthcare provider who must also do a general examination on an examination bed.

•Ultrasound must also be conducted to confirm pregnancy and gestational age of the pregnancy.

What is important to know about a medical abortion? What is the process?

The medications used in a medical abortion cause vaginal bleeding and abdominal cramping.

They may also cause:

These side effects are normal after taking the misoprostol tablets.

What are the signs of a complication?

When performed properly abortion procedures are very safe, with studies showing that any complications are exceedingly rare. But in the rare case that they do happen, lookout for these signs:

And what can one do in the case of a botched procedure?

Report to your nearest hospital.