Should we take supplements to fight Covid-19? Experts weigh in 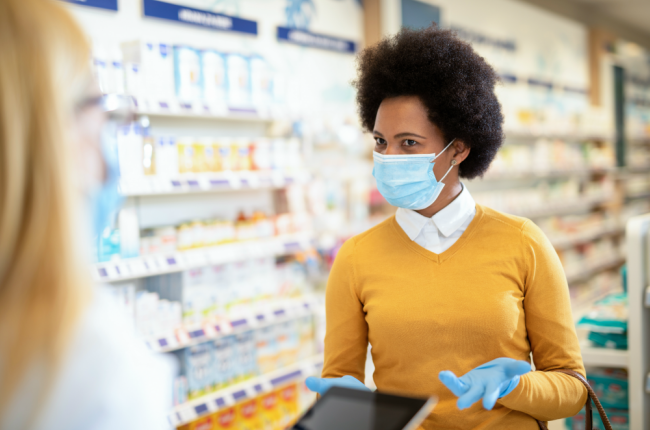 In times of crisis, people resort to panic buying – remember the bizarre absence of toilet rolls from supermarket shelves at the beginning of the pandemic? Now, supplement consumption is on the rise in South Africa, as people strive to fight Covid-19.

In particular, there’s been a marked increase in people buying vitamins C and D – the ones popularly believed to boost our immune system.

This may seem more logical than toilet paper, but supplements are expensive, so it would be good to know how effective they actually are in the fight against . The evidence, however, is both mixed and confusing.

Some European research suggests there may be a link between people’s vitamin D levels and COVID-19 prognosis.

A recent study published in The Lancet medical journal noted Covid-19 started to spread in the Northern Hemisphere at the end of winter 2019 when levels of 25-hydroxyvitamin D were at their lowest.

“In a cross-sectional analysis across Europe, COVID-19 mortality was significantly associated with Vitamin D status in different populations,” it said.

Findings for vitamin C have been similarly inconclusive.

A local expert echoed this view. “There’s a lot of circumstantial evidence that would make me think if you were deficient, you should be supplemented, but that doesn’t mean it’s going to work when you get COVID-19,” director of the Desmond Tutu HIV Centre, Professor Robin Wood told Spotlight.

Most doctors agree the best way to get the nutrients you need is through your diet, so here’s a list of the essential vitamins, their health benefits and the foods they are found in.

VITAMIN A promotes healthy skin, hair, nails, gums, glands, teeth and vision. It also plays an important role in the immune system, bone growth and cell development, and it’s been linked to reducing the risk of prostate and lung cancer.

Recommended daily limit for is 900 micrograms (mcg) for men and 700mcg for women. Liver and liver products, such as pâté, are rich in vitamin A (85g pan-fried beef liver contains 6 580mcg), so only have this once a week. Other options include half a medium baked sweet potato with skin on (550mcg), half a cup of grated raw carrots (460mcg) or half cup of spanspek (135mcg).

VITAMIN B1, also known as thiamine, is important for proper nerve function. It helps to maintain appetite and normal digestion and converts food into energy. It also helps keep your skin, hair, muscles and brain healthy.

Foods rich in vitamin B1 include pork, beans, peas, salmon and wholegrain fortified food, such as cereals and bread.

Recommended daily limit 1,2 milligrams (mg) for men and 1,1mg for women. One cup of boiled black beans, 85g pork chop and 85g cooked trout all contain about 0.4mg. Half a cup of cooked brown rice has about 0,2mg, and one slice of whole wheat bread has about 0,1mg.

Recommended daily limit is 1,3mg for men and 1,1mg for women. 85g of pan-fried beef liver has about 2,9mg and the same amount of grilled lean beef fillet contains around 0,34mg. For dairy options, try one cup of plain, fat free yoghurt (0.55mg) or 85g of Swiss cheese (0.26mg).

VITAMIN B6, also known as pyridoxine, helps with metabolism, energy and nerve function and the production of red blood cells. It also plays a role in cognitive abilities and immune function.

Recommended daily limit is 1,3mg for men and women up to the age of 50, thereafter 1,7mg for men and 1,5mg for women. One cup of canned chickpeas contains 1,1mg, 85g of cooked tuna has about 0,4mg and one cup of boiled potatoes contains 0,2mg.

Foods rich in vitamin B5 include chicken, potatoes, broccoli, mushrooms, avocados, tomatoes and whole grains. It can be found in most foods, so it’s relatively easy to come by.

Recommended daily limit is 5mg for men and women. An 85g serving of roast chicken breast contains around 1,3mg, half a cup of cooked shiitake mushrooms has 2,6mg and half an avocado contains about 1mg.

VITAMIN B7, also known as biotin, helps to keep your metabolism healthy. It plays a role in metabolism of fats and proteins and converting food into energy. It’s also needed for healthy hair and bones.

Recommended daily limit is 30mcg for men and women. One cooked egg has 10mcg, 85g of canned salmon has around 5mcg and half a cup of cooked sweet potato has about 2,4mcg.

VITAMIN B9, also known as folate, is vital for preventing brain and spine defects in the early stages of pregnancy. It’s also vital for heart health and cell development, and may help reduce the risk of colon cancer.

Recommended daily limit is 400mcg for men and women. Half a cup of boiled spinach has about 131mcg and four boiled asparagus spears have around 89mcg.

VITAMIN B12 helps your body make red blood cells and protects and encourages the normal growth of nerve cells.

Foods rich in vitamin B12 include most animal products like meat, poultry, fish, eggs and dairy, as well as fortified cereals and milks. Vegetarians and vegans in particular often don’t get enough B12 as it’s mostly found in animal products. They may need to take supplements if they can’t get enough from fortified foods.

Recommended daily limit is 2,4mcg for men and women. 85g of liver contains 60mcg, so don’t overdo it. 85g of canned tuna has around 2,2mcg and 85g of beef sirloin has about 1,5mcg.

Recommended daily limit is 90mg for men and 75mg for women; add an extra 35mg if you smoke. Get your daily dose with a mix of the following – half a cup of raw, sweet red pepper (95mg), one medium orange (70mg), half a cup of fresh strawberries (49mg) and one medium baked potato (17mg).

VITAMIN D helps your body absorb calcium, which builds strong bones and teeth. Without it, your body won’t be able to absorb calcium, no matter how much you consume. It also plays a role in your immune system, cell growth and reducing inflammation. Vitamin D is made by the body when it’s exposed to the sun.

Recommended daily limit is 600 International Units (IU) for all adults, increasing to 800IU after 70. Cooked salmon has 196IU per 85g and one egg yolk has 245IU.

VITAMIN K is needed for blood clotting as it activates proteins and calcium essential to this process. It may also assist bone health.

Foods rich in vitamin K include leafy green vegetables such as spinach and kale. It’s also found in broccoli and cabbage.

Recommended daily limit is 120mcg for men and 90mcg for women. One cup of raw spinach has 145mcg and half a cup of boiled broccoli contains 110mcg.

We live in a world where facts and fiction get blurred
In times of uncertainty you need journalism you can trust. For 14 free days, you can have access to a world of in-depth analyses, investigative journalism, top opinions and a range of features. Journalism strengthens democracy. Invest in the future today. Thereafter you will be billed R75 per month. You can cancel anytime and if you cancel within 14 days you won't be billed.
Subscribe to News24
Related Links
7 minutes is all it takes for sunlight to kill Covid-19
Covid-19 may increase the chances of blood clots in women
WHO warns of possible lasting damage of Covid-19 on young people
Next on Drum
Slim, thick, chubby or fat – here’s why pole dancing doesn’t discriminate and is getting more popular