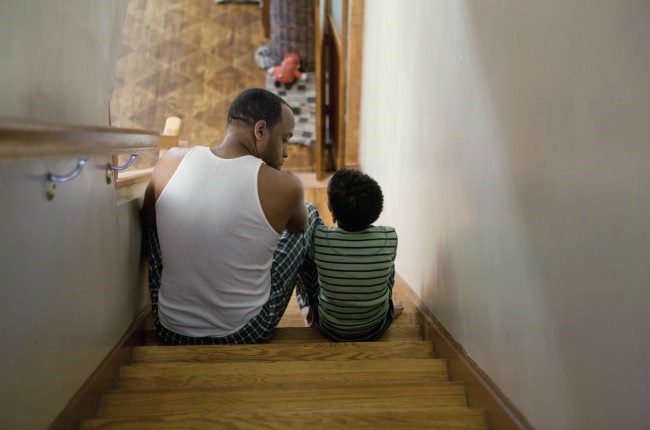 Talking to your children about race
Jose Luis Pelaez/Getty Images

Following the murders of George Floyd, Breonna Taylor and others at the hands of police in the United States sparking Black Lives Matter protests globally, race has once again become a global conversation. For black people, race or racism is something that is experienced daily on a personal and systemic level and not only when there’s protest action surrounding the topic.

Dozens of schools across the country have also recently come under fire as former and current scholars raised allegations of racist incidents.

Speaking to children about the racial divide or history of the country might help them better understand the treatment they might receive in schools – either from fellow students or teachers – and it might also help others understand why this is wrong.

Children are exposed to news, social media and information regarding the recent protests which may spark questions from them. And it’s important that parents engage their children and not shy away from having those conversations.

Generally, it is important that more people understand racism but more so children who can’t change the past, but their parents can use this as a chance to equip those who can still change the future.

Albeit sensitive, it’s the first step in raising anti-racist children in very racialised society. If you are already aware of the WHY, here is the HOW in approaching the “race talk”:

Be aware of your own racial bias

First, it is important to consider and confront your own prejudices and racial bias as a parent or guardian before taking on the task of helping your child recognise theirs. This will help make sure you are not raising prejudiced children.

So, what is race? What is racism? It’s important that as a parent you make use of age-appropriate language. Children at different ages of their lives have differing perceptions on the world and how they see other children who look different from them.

Speaking to National Geographic, Caryn Park – a professor at Antioch University in Seattle, whose research focuses on children’s understanding of race and ethnicity – said, "Children as young as three years old are aware of race and skin colour, and they aren’t afraid to ask questions. Their identities really matter to them, and racial identity is a significant part of their total identity.”

Listen and ask questions about their thoughts or what they think they know about racism, discrimination and use these as tools to foster open, honest conversations.

In speaking to their children, parents and guardians have a responsibility to talk to them about why the protests are happening or why racism is an injustice that still persists.

Dr. Jamila Holcomb, a licensed marriage and family therapist in Florida, writes that answering your children’s questions about racial differences not only creates positive, open communication between you and your child, but it also demonstrates that you are comfortable tackling tough questions.

"Your children need to know that they can come to you with questions,” she says.

Look at the history of protest action, and their context. With a focus on them as a tool by South Africans to call for change, your child may better understand and react with less fear.

If your child is old enough to practise their activism on social media, encourage them to do so. They may have come across a petition, a hashtag or a call to action, so educating them about these resources and encouraging their participation can be an active way to engage and respond to racial issues. This can occur even outside of social media as children are also exposed to racism in their schools.

Racism is learnt or taught and can therefore be unlearnt. Parents and guardians can use this as a moment to educate as they are in a place to start these conversations in children’s early lives before they’re exposed to children of different races, to the news or to racism.

We live in a world where facts and fiction get blurred
In times of uncertainty you need journalism you can trust. For 14 free days, you can have access to a world of in-depth analyses, investigative journalism, top opinions and a range of features. Journalism strengthens democracy. Invest in the future today. Thereafter you will be billed R75 per month. You can cancel anytime and if you cancel within 14 days you won't be billed.
Subscribe to News24
Related Links
Your kids and ADHD
How to raise a more resilient child
Advice for families navigating the tension around the reopening of schools
Next on Drum
One in four South African children have stunted growth due to undernutrition, say experts