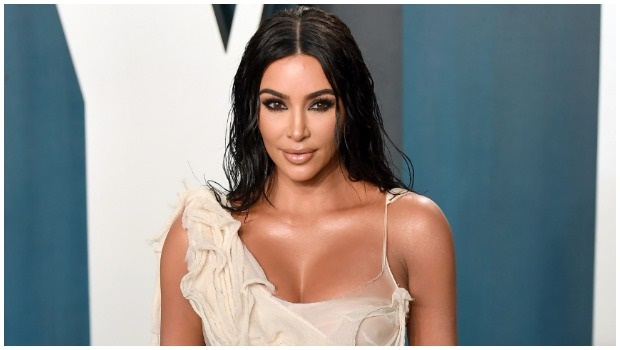 With a tiny waist, perfectly wide hips and a perky butt – many may argue that Kim Kardashian’s body is the closest thing to perfection and luckily for those who are fans, they can get the look of Kim’s infamous butt without going under the knife.

According to BET, during the New York Fashion Week which took place recently, three designers teamed up with Swedish fashion designer, Beate Karlsson to create silicone shorts called ‘The Bum’ which are a replica of Kim Kardashian’s bum.

Speaking to the New York Post, one of the designers, Simon Saarinen said that the shorts would be an alternative to surgeries and implants which can sometimes be dangerous.

“We’re living in a time where people are ready to undergo serious and sometimes dangerous surgeries to make their butt look like hers all in the name of likes,” says Saarinen.

“Her ass is probably one of the most recognized and talked-about symbols born out of Instagram.”

While another designer, Ida Jonsson said that ‘The Bum’ was a celebration of Kim Kardashian.

“It is just as much a celebration of a woman who managed to create a multimillion-dollar brand based on her butt,” she told the publication.

Take a look at some pictures of the shorts below.

say hi to our latest baby, a 1:1 silicon replica of kim’s bum

NoW aNYonE cAn bE a KaRdASHiAN! — Happy to present our wearable bum today at NeW yOrK FaShIOn WeEk with @beate.karlsson

PRESENTING OUR KIM K WEARABLE BUM TODAY FOR THE FIRST TIME EVER DURING NYFW ?? @1da_sim0n @1daj0nsson @simon.saarinen More info coming soon !!! ?? Thanks to all who made this possible !