Gabrielle Union on her infertility and adenomyosis diagnosis 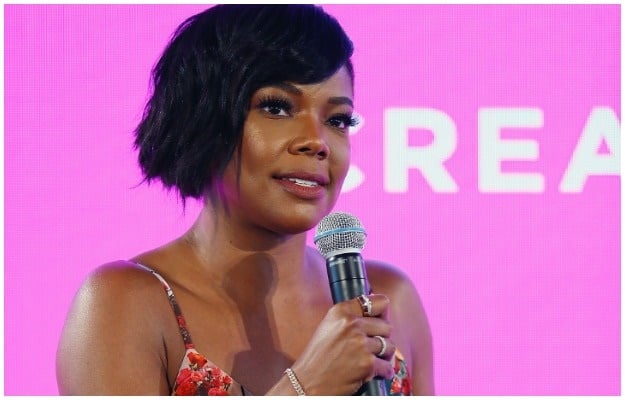 Gabrielle Union first revealed her personal struggle with fertility in her book which was released last year, We’re Going to Need More Wine. The 45-year-old actress also revealed that she had suffered eight or nine miscarriages.

Now, according to Essence, the actress has finally found some answers to her fertility problem. During a chat Wednesday at this year’s BlogHer conference in New York City, she said a recent diagnosis sheds light on what could have been at the root of her infertility issues and her struggle to conceive since marrying her husband and NBA star Dwyane Wade, all along.

“Everyone said, ‘You’re a career woman, you’ve prioritised your career, you waited too long and now you’re just too old to have a kid – and that’s on you for wanting a career’,” she explained.

The Mary Jane actress continued, “The reality is I actually have adenomyosis. "There is nothing you can do about adenomyosis. The gag is that I had adenomyosis in my early 20s," reported PEOPLE.

“Instead of diagnosing me, they were like, 'Oh you have periods that last 9 or 10 days and you’re bleeding through overnight pads… perhaps there’s something more there',” she remarked, before adding that “every doctor I saw was like, 'Let me put you on birth control'.”

The actress shared in her book that she never wanted children until she tied the knot with her husband Dwyane Wade. “I never wanted kids. Then I became a stepmom, and there was no place I’d rather be than with them,” she previously told PEOPLE.

In closing the actress said, “Just know if you are out there having fertility issues – you are not alone.”

In the wake of Gabrielle’s comments on adenomyosis, here is a breakdown of what to know about the condition.

According to Mayo Clinic, adenomyosis occurs when the tissue that normally lines the uterus (endometrial tissue) grows into the muscular wall of the uterus. The displaced tissue continues to act normally – thickening, breaking down and bleeding – during each menstrual cycle. An enlarged uterus and painful, heavy periods can result.

Healthline lists the following symptoms to watch out for:

Medical News Today reported that the cause of adenomyosis is not known as yet but there are theories that suggest the cause could be: