Moshe Ndiki’s mom on what kind of child he was: ‘He made me love parenting’ 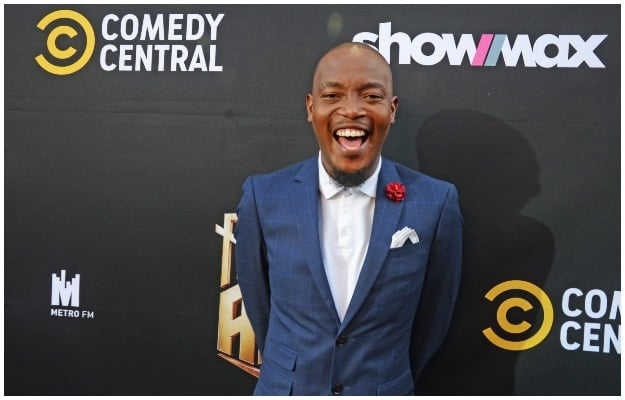 The bond between a child and their mother is one of the most special things on Earth. Many children will say their mother’s love has the power to make everything okay, even just with a phone call or a simple hug.

And Moshe Ndiki would most likely agree. The TV and radio personality often posts videos and pictures of his mother, sharing how much he loves and appreciates her. And from what we’ve seen, we’ve concluded she’s the funnier one of the two. She doesn’t disagree either.

Taking to Twitter, Moshe shared a video of a conversation he had with his mother in the kitchen. In it she tells her son: “The real actor is me, but what stood in my way is that there weren’t a lot of opportunities in my time. You took all my genes, that’s why you’re the way you are today, it’s because of me. And fortunately for you, your time awarded you enough opportunities to become who you are today. But that’s all because of the beast [she points to herself] that gave birth to you.”

By the time she’s finished, Moshe and the people in the background are dying with laughter.

SOMEONE TAKE MY MOM. @PheloBala I’m going to sleep I’m done with the both of you ! ?????? pic.twitter.com/kal4Qhmye7

READ MORE: Moshe Ndiki came out to his father and his reaction will melt your heart

“Yho, uMoshe was a naughty child. I would shout and shout. And when disciplining him, he’d run away from me and stand outside of the yard, across the street and say everything he wanted to say to me,” she says laughing.

“He wasn’t disrespectful though. He was a good child, just very naughty. But I’m so grateful because raising him was such a breeze and pleasure. I enjoyed just being his mother. He really made me love parenting, I didn’t know having a child was this good,” she adds.

Her favourite thing about her son is how much he loves people, and how grounded he is. “Moshe is a very adaptable person, whether you put him in a village, in a suburb or township, he will fit right in, and I love that about him.

“I also love how he never forgets where he comes from. Every December we go home to the village we come from in the Eastern Cape and just spend time with out family and friends. We open our home to everyone, have good food and drinks, of course,” she laughs.

Moshe, who is silent while his mother speaks, finally tells us how much he appreciates his mom and all the effort she’s made to make sure he’s a decent human-being.

“Yho sana, she’s not lying when she says she used to discipline me!” he grins. “But I really appreciate all of that because I know it was all out of love,” he says.

“You know, sometimes my mother says she never spoilt me, but she did. She showered me with so much love and made sure I’m like other kids. I’m so grateful for her and aim to make her proud. Even with the fact that I’m a gay man, my mother has never ill-treated me. In fact, as I was going through my journey, she was going through hers as well, of having a gay son. And coming from an older generation, others would expect her to be weird about it, but not her. She has always loved and supported me, I cannot stress how much I love and appreciate her,” he tells us.

READ MORE: Moshe Ndiki cooks up a storm for the Bala family