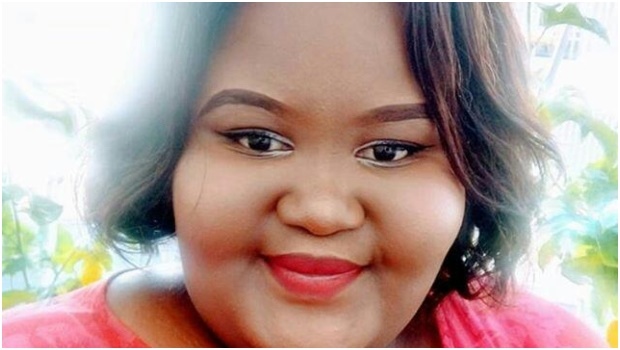 Suffering a miscarriage can be one of the most painful experiences for expectant mothers. Although many women go through it, with statistics estimating about 1 in 4 pregnancies ending in miscarriage, the topic is still taboo and can be the journey is increasingly a lonely one for many would-be mothers.

Yonela Rasi from the East London is only 25 years old but has already suffered two miscarriages and gave birth to a still born baby.

Speaking to DRUM, she shared her traumatic experiences, which took place within a span of three years.

Grief is not something to get over or move on from. #griefsupport #grief #griefliveshere #lifeafterloss

In 2018, I found out I was expecting a baby boy. However, my joy was short-lived as I found out that my little boy’s heart had stopped beating at 38 weeks, just two days before my last appointment and six days before my due date.”

“I knew something was wrong when I couldn’t feel his movements anymore. I gave birth via c-section on 2 June 2018. His little heart had stopped beating, my baby had died though he had been perfectly healthy throughout my 9-month pregnancy,” Yonela tells DRUM.

“My son was born dead, but his birth was still a birth. He weighed 3.1kgs and measured at 58cm in length. He was perfect. We only had 4 hours with him and then a nurse came into our room to let us know, "sorry, you need to arrange an undertaker to fetch the body".

Yonela and her partner had to plan a funeral immediately.

“We had gone through such a traumatic experience, but the reality of our situation became clear. We had gone from preparing for a child to planning a funeral in a matter of hours.

Lakhanya – which is what Yonela named her son – never had a birth certificate, only a record of his death.

“Even that document did not recognize him as being born as it had no name, just a reference to “baby of Yonela Rasi,” she explains.

“When I first had my first miscarriage in 2017 my doctor had explained that ‘sometimes these things just happen and they cannot be explained’ and when I gave birth to a stillborn a nurse had told me I’m still young and I can try again. To them it did not seem to matter that I kept burying one child after the other,”

“Grieving the loss of a baby you only you knew for a few hours is hard but many cannot empathize with this kind of grief,” he explains.

“I have found pregnancy loss and infant death to be very silencing, there is an urgency as a society for the mother to move on as though grief has a timeline, as though at some point we are expected to stop grieving a loss that is so permanent,”

Yonela decided to use her pain to start her own Non-profit organization to create awareness and support other would-be mothers who were going through the same experience.

“I started the Lakhanya Foundation after the death of my son who was stillborn at 38 weeks because I realized that I was not alone. Many women were going through the same experience that I had,” she says.

The Lakhanya Foundation is focused on helping grieving parents navigate life after loss, whilst also bringing awareness to pregnancy loss and infant death.

“I knew I had to share my story for all the black women whose grief was restricted by cultural beliefs and tradition because we indoctrinate our communities with the ideology that a baby is not a baby if it’s not born alive,” she explains.

Lakhanya Ts still available, long sleeve shirts are out of stock. Next orders will be in March, order NOW!????????

“We have campaigns such as the #iam1in4 campaign which is geared towards giving baby loss a face, where women from all over the world are given the platform to say ‘My baby died, I could be your neighbour, your friend or your colleague and I shall not be silenced anymore!’”.

The foundation also raised awareness throughout the year by hosting awareness events, giving parents and families safe spaces to talk about infant loss and pregnancy loss.