MY STORY: Mpumalanga woman who was part of landmark ruling after her domestic worker mother drowned on duty 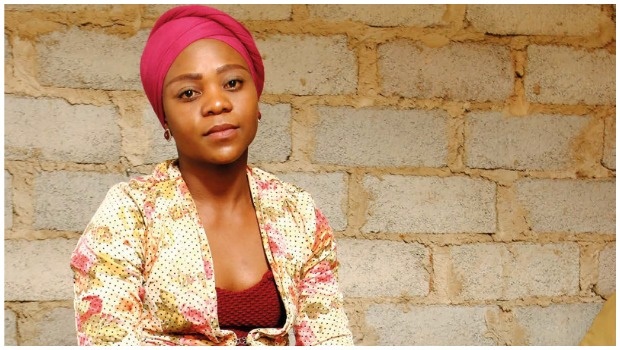 Sylvia Mahlangu’s phone rang and the moment she answered it, her blood ran cold. It was her mother Maria Mahlangu’s employer, and she could hear from the tone of his voice that it was bad news. There’d been an accident.

“Your mom fell into the pool and she died,” he said. Sylvia (then 24) knew exactly which pool he was talking about. It was the one at the house in Faerie Glen, Pretoria, where Maria (43) had worked for 22 years as a domestic worker.

“I was so shocked I dropped the phone and they had to call again,” she recalls. Sylvia, an only child, was devastated. But on top of dealing with her grief, another nasty surprise lay in store for her. At the time of her death, Maria had been the family’s only breadwinner, so her R2 500 salary had to stretch far to support not only herself but also her unemployed daughter and Sylvia’s son, Vus’muzi (then 5).

When Sylvia approached the department of labour to claim workers’ compensation, she was told her mother didn’t qualify because domestic workers in private households aren’t defined as employees and were therefore exempt. It seemed unfathomable to her that her mother, having been a loyal employee to the same family for more than two decades, wasn’t covered. “This money would at least have helped me to support my family,” Sylvia says.

Despite knowing very little about the law, Sylvia felt that what was happening was cruelly unjust, so she decided to fight it. And although it took seven years for the legal wheels to turn, she’s finally scored a victory for her mother and the more than 1,1 million domestic workers in private households.

In May 2019, the high court in Pretoria declared the exclusion of domestic workers from the Compensation for Occupational Injuries and Diseases Act of 1993 unconstitutional and invalid. And, in October, the same court ruled the declaration of invalidity must be applied “retrospectively”.

This means that not only will Maria’s daughter receive some much-needed compensation but also the families of other domestic workers who were injured or died at work prior to the granting of the order. It’s now up to the Constitutional Court to confirm these two orders and then Sylvia will finally get the money she believes is owed to her.

Slyvia still can’t believe she’s at the heart of this landmark ruling. But she’s quick to point out it wouldn’t have happened without the help of the South African Domestic Service and Allied Workers Union. She says the organisation’s co-founder, Pinky Mashiane, was with her every step of the way. “There were times I didn’t even have money to go anywhere while we were seeking help but she’dtell me I shouldn’t worry about it, she’d make a plan,” the young mother says, chatting to us in her one-room home in Mamelodi, Pretoria. Not a day goes by without Sylvia thinking of her mother. “She was very sweet, very patient and wouldn’t hurt a fly.”

Read more: Why I support the demands of domestic workers

Although the past few years haven’t been easy, Sylvia says she felt a duty to fight. “There were times I felt despondent,” she admits. “I had to constantly remind myself that I wasn’t doing this just for me but for the many domestic workers out there.” Sylvia is delighted she’s been able to make a difference.

“Now domestic workers will be taken seriously.” Although she feels vindicated, she says no amount of money will fill the gap left by the death of her mom. “The compensation won’t bring her back, but it will change my life a bit.” Sylvia recently moved to Pretoria where she’s employed as a casual worker for a supermarket. She says she’d like to study further so she can get a better job. In addition to Vus’muzi (now 12), she has another son, Melikhaya (1). “I think my mom would be proud of me,” Sylvia says. She can still feel Maria’s presence and often dreams about her. “In one dream, she told me that all will be well,” she says. “And I believe it.”