Traditional healer on Dineo Moeketsi paying lobola for Solo: ‘This process is done to join the two ancestral lines” 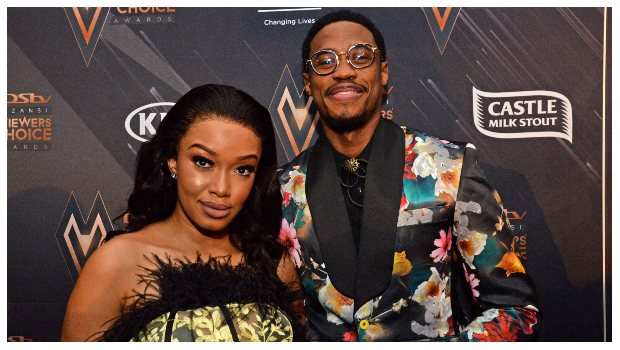 It has been three months since actress, Dineo Moeketsi and muso Solo Langa,  tied the knot in an intimate traditional ceremony that was held in Lanseria.

The couple who have both admitted to having ancestral callings, embarked on the journey of ubungoma (training to become a Sangoma) in 2017.

In a recent interview with True Love, the couple revealed how they both had to ‘pay lobola’ for one another to join their union in a way that would appease both their ancestors.

Dineo explains that it was through a dream that the message to lobola Solo was communicated to her. “A message was conveyed to me through a dream, saying we first had to get our ancestors acquainted with each other. This would, in turn, help them co-exist peacefully going forward. To avoid any friction between the two sides, amadlozi have to pay lobola for each other – although it’s not always a given if two spiritually gifted people are in a relationship. One must get direction from their ancestors. I also had to pay lobola to his ancestor” she said.

The couple is currently preparing for their second wedding, a white wedding, which we hope they will be more open about.

Their traditional ceremony earlier in May was attended by close family and friends. Solo did however share the song that ushered him down the aisle. In a tweet he wrote, “I walked down the isle to HHP's "Love of My Lewe"

Traditional healer Oupa Magagula explained what both of them paying lobola for each other actually means.

“It is a process which is more commonly done by the man when he takes a wife who has an ancestral calling. In such a case he would have to lobola the woman twice, first her and also her spiritual being” he says. He explains that this is a process done to join the two ancestral lines so there is no friction in their operation.