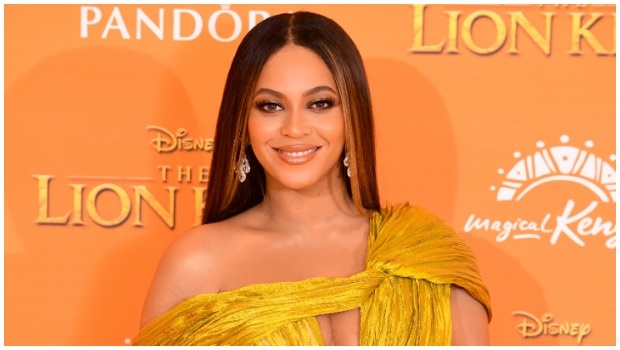 The album explores afrobeats and it features African artists such as Wizkid, Burna Boy, Busiswa as well Moonchild Sanely to name a few.

However, the one song from the album that has captured the hearts of black women around the world, myself included, is Brown skin girl.In the song Beyoncé celebrates the beauty of black skin – as it should be celebrated.

In the empowering song Beyoncé praises brown skinned women and says they’re skins are just like pearls and she assures us that there is no such thing as having too much melanin or being too curvy. Black women from around the world have been embracing the song like raindrops in a time of drought and it’s almost as if this is the song that we as black women have been needing to hear all our  lives.

Mothers have taken to social media to sing the lyrics “Brown skin girl, your skin just like pearls, the best thing in the world, never trade you for anybody else” to their daughters and fathers are loving the message in the song as it carries a powerful message to both young and older black women –  this song is a love letter to black women and we are loving it.

For a long time black women’s features such as dark skin , full lips ,curves and natural hair were seen and are still seen as less beautiful.The history of black beauty is one that is often filled with the marginalisation of our black bodies – from the features, to the skin tone – and  if you are not light skinned you were made to feel less beautiful.

I’m sure we can all agree that colourism is a battle we are still fighting in the black community, but we can be thankful that black women globally are starting to see the essence of their own beauty regardless of the tone of their skin.

The media has also had an extensive role in shaping the idea of beauty to the world and to this day constantly uses skinner models or categorizes women as “plus sized” instead of just calling them normal women. This has lead to many women including myself feeling as we’re too dark or too curvy to fit into the standard of beauty that has been created for us – and this is why Brown Skin girl is the anthem many women have needed for a while now.

The lyrics of the song celebrate the features of black women: from their natural hair afro, to the shade of their brown skin (whether light or dark), their desirable curves and body shapes It is all the affirmation we need as black women.

This is also not the first time Beyoncé has created a song that lifts women up. With songs such as “Run the world” as well as “Formation” she has become a part of a movement that seeks to embrace ,empower and uplift the spirits of black women globally and what better way to connect women from across the globe than  through a song that recognises their struggles and celebrating  the very things that the world  discriminates against them for .

See some of the tweets from fans who’ve made this song their anthem.

Brown skin girl your skin just like pearls, I’ll never trade you for anybody else #brownskingirl pic.twitter.com/qwqv3bwuaR

Her melanin too dark to throw her shades.. #brownskingirl pic.twitter.com/RGtPvDondN

I just listened to #brownskingirl , you can’t tell me nothing ??????. pic.twitter.com/JCSzTzTHo5

Recommended for all black and brown skinned girls across the world! Love your skin, don’t bleach it! Thanks to Wizkid and Beyoncé. #brownskingirl pic.twitter.com/DgWAZkcx4r