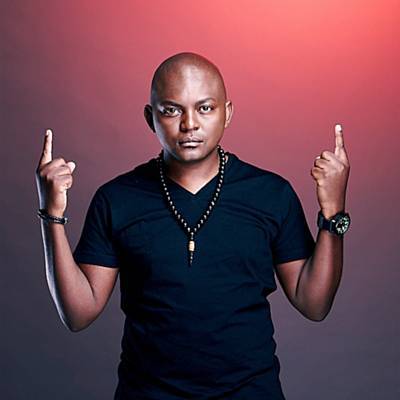 Top house DJ, Euphonik has joined forces with 947 for a total sound takeover each weekend, hosting an exciting new show, eUNITE with Euphonik, starting this Sunday, September 18th, between 18h00-20h00. He will also kick start the weekend with a mix on the Afternoon Drive with Anele Mdoda just after 18h00 each Friday.

Certainly no stranger to radio fans, Euphonik has been on the air for the last decade, initially with a gig at YFM and later joining 5FM.

With expansion in mind, the decision to partner with a fresh, contemporary radio platform such as 94.7 came naturally to Euphonik.

“My years at 5FM presented an amazing journey but the time has come to open a new chapter, starting with 947," says Euphonik on his new move.

“Euphonik has built a powerful brand with an urban energy, and as the station that is plugged into Joburg, we’re very excited to work with someone who is so directly tapped into the parties in the city,” said 947 station manager, Ravi Naidoo. “We are thrilled to welcome Euphonik, and a new audience to Sunday evenings on 947.”

947 is a curator on Apple Music so fans who love the radio mix will be able to stream it shortly after the show.

In addition to welcoming Euphonik to the team, the station has re-jigged other elements of its weekend programming schedule to fuel the parties and pace of Joburg.

The Bloc Party with Sizwe Dhlomo and Mac G on Friday and Saturday nights welcomes mixes from some of the city’s hottest resident DJs including Saubomb, Da Capo and Dino Bravo and Franky.