Former child stars who’ve made a smooth transition into adulthood She’s making her own strides in the acting industry appearing on Afrikaans soapie 7de Laan. The former Soul Buddyz actress is now married to muso and actor Howza Mosese. She has also presented the premium lifestyle show, Top Billing. 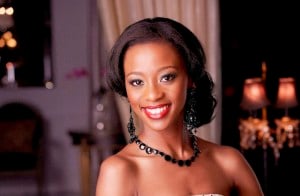 The former YoTV presenter is no longer the cute kid who stole our heart years ago but a grown woman. She’s still in the media as a voice over artist and presenter. She’s been dating former colleague and also former child star Sipho ‘Psyfo’ Ngwenya. You would be forgiven to have forgotten that Pearl was on the teens programme on etv presenting shows such as Sistahood. Now she presents Zaziwa and also has a radio show on Metro FM. She was engaged but recently confirmed that she will not be walking down the aisle any time soon as they called off the engagement. This comes after people started quizzing her about not wearing her engagement band. This lad has appeared in many productions and still keeps his star shinning. He has become to be a force to be reckoned with. Not much about this media shy star’s personal life is known. A rumour was rife that he was dating former colleague while he was in Generations Samkelo Ndlovu. At age 15, Your girl B got her first break into television on SABC 2's kids' game series, Manhattan's Fantasy Challenge. But it’s when she presented the music show Live that she became a household name. She tried her hand on acting but never pursued it after appearing on one of the Intersexions series. The Top Billing presenter has a popular radio show on Metro FM and has made it on the cover of just about every cover of SA magazines. His mother Brenda was the most loved artist. Bongani was part of the New Age group following his mother’s footsteps in the music industry. He later became part of the popular hip hop group Jozi. The group had troubles and everyone went their own ways. We’re not sure what he does for a living these days.