Jesse Suntele is the new kid on the block 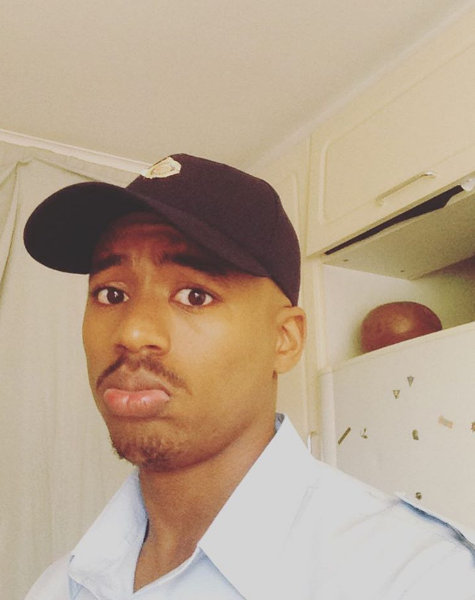 ACTOR and model, Jesse Suntele (24), is every female fan’s dream guy and every guy’s worst nightmare. He has mesmerising looks, rock-hard abs and is talented. This new kid on the block has the ladies going crazy over him.

HIS RISE TO FAME

The sound engineer graduate from Cosmo City, north of Johannesburg, first came onto the small screen when he appeared on BET’s reality series, Top Actor Season 2, where he walked away with the grand prize of $10 000 cash (about R135 150) and a 12-month contract to work with international talent agency, J Pervis Agency. In addition to that, he has also won the online Stimrol competition to become the brand’s ambassador. Since then, the actor has been doing television commercials with big brands such as

Sprite. The model has also played small roles on SABC1’s Generations – The Legacy and e.tv’s Ashes to Ashes, but his biggest break came with his latest role on one of South Africa’s favourite soapies, The Queen, as the new police recruit and serial killer, Tuelo. Twitter keeps getting hotter every time he appears on our small screen and ladies find it hard to resist the eye candy. Jesse was not aware of the attention his character Tuelo was receiving until he came back to Johanneburg. “I wasn’t in Johannesburg when they aired my first appearance on The Queen. I only saw the tweets when I got back. I was totally surprised about how much people love the character,” explains the model. “I don't know why people love my character so much, I’m just happy with the positive response I’m getting.”

Jesse tells Move! that when he started toning his body, he didn’t know what he was doing it for. He later realised how going to the gym and living a healthy lifestyle have brought so much discipline into his life. “When I started going to the gym, it was merely for fun. I’d go to the gym and not know what I was doing there until I started focusing on living a healthy lifestyle. This has helped to get more disciplined in all aspects of my life,” says the actor.

We all know his acting and presenting skills are off the hook, but there's another side to Jesse that most people don't know. The ambitious young man says rapping is his first

love but he explains that he is in no rush to pursue a career in hip-hop music and he will do so when the time is right. “Making music has always been something I loved even before I got into acting. Music is really close to my heart so I’m taking my time with it but when the right time comes, I’ll definitely go in that direction and follow my passion,” he says.