Thato soars from TV to the airwaves 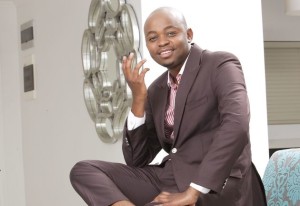 FORMER Generations star, Thato Molamu, who is known to his fans as Nicholas Nomvete on the show, has landed his own radio show at East Coast Radio station in Durban.

His show airs from 10am to 2pm on Sundays. While some of his former Generations cast members who were fired in 2014 are still struggling to reclaim their position in the industry, this Mahikeng-born star is soaring from television to the airwaves.

He is currently marvelling the character of Maru on Mzansi Magic’s Greed and Desire and he portrays TK on e.tv’s Umlilo.

Reports praise Thato’s charm and exceptional story-telling ability which many believe will make the East Coast Radio listeners and his fans to connect with him through one-on-one conversation.

“He is well-known to TV audiences and the plan is to make him equally well-known as a radio star,” says East Coast’s programming manager, Zane Derbyshire.

Spoken like a true charmer on the East Coast radio station interview, the 31-year-old says he has always dreamt of being part of the radio station that is passionate about giving back because he lives by the same values.

“I’m a ‘giving back’ kind of person, and East Coast Radio ‘gives back’ all the time so there’s an affinity here. I just want to say thank you to the station for giving me this opportunity, for believing in me and making me part of the family.”

But he still doesn’t believe his luck. “I’m so excited. I used to dream of being on radio. I love the vibe at East Coast Radio. It speaks to my interests as an individual,” he says.

The father of two promises his fans to deliver the best and reveal a little bit of himself which he hopes will excite many of his followers.

“A lot of people identify me with the characters I play and never really get to know the real Thato. Now that I have my own radio show, I will be able to share who I am with listeners

and share my thoughts with the world,” he says.

“People can expect fun, good music, chats and just a great time. Sundays will never be the same again.”

Thato goes on to say that he is also a fan of the city of Durban where the station is based.

“KwaZulu-Natal has a vibe that most provinces in South Africa don’t have. It has good weather and great culture. I think the weather compliments the people of KZN. There’s warmth all around,” he says.

Thato was quoted as saying that he is at his peak when he is in a creative space. However, while he adores his work, his family comes first. “I am where I am today because of the family support. Family is what keeps me going,” he says.

which he lives by. “My mom is my role-model. She is strong, family orientated and loves

people. She is a very positive thinker and I know that I am the person I am today because of her,” he says.

He adds that he cannot wait to get behind that mic and share a bit of his life with fans and hopefully motivate them while he is at it. “To anyone out there who has ever dreamt of being a star or who has dreamt of going to the moon, you need to believe it,” he says.

“If you believe it, it can happen but you need to love what you do and work hard as well. Discipline in your career will make sure you flourish and become the best thing in life.