It’s 2008 and the height of Zimbabwe’s economic demise. A group of passengers is huddled in a Toyota Quantum about to embark on a treacherous expedition to the City of Gold. Amongst them is Gugulethu, who is hoping to be reconciled with her mother; Dumisani, an ambitious young man who believes he will strike it rich, Chamunorwa and Chenai, twins running from their troubled past; and Portia and Nkosi, a mother and son desperate to be reunited with a husband and father they see once a year. An extraordinary debut novel, Freshwater explores the surreal experience of having a fractured self. It centers around a young Nigerian woman, Ada, who develops separate selves within her as a result of being born "with one foot on the other side." Unsettling, heartwrenching, dark, and powerful, Freshwater is a sharp evocation of a rare way of experiencing the world, one that illuminates how we all construct our identities. The One’s with Purpose by Cynthia

The Ones with Purpose is a story about Anele and her sister, Fikile, who dies fighting breast cancer. We follow a deeply broken family in New Hope Township, the Mabuzas. Can the death of their older daughter Fikile bring them closer together? The ones with purpose are dying, who will be left to save the world? The One’s with Purpose by Cynthia Jele
Supplied

The Theory of Flight by  Siphiwe Gloria Ndlovu

Said to have hatched from a golden egg, Genie spends her childhood playing in a field of sunflowers as her country reawakens after a fierce civil war.

But Genie’s story stretches back much further: it tells of her grandfather, who quenched his wanderlust by walking into the Indian Ocean, and of her father, who spent countless hours building model aeroplanes to catch up with him. It is the tale of her mother, a singer self-styled after Dolly Parton with a dream of travelling to Nashville, and of her grandmother, who did everything in her power to raise her children to have character. 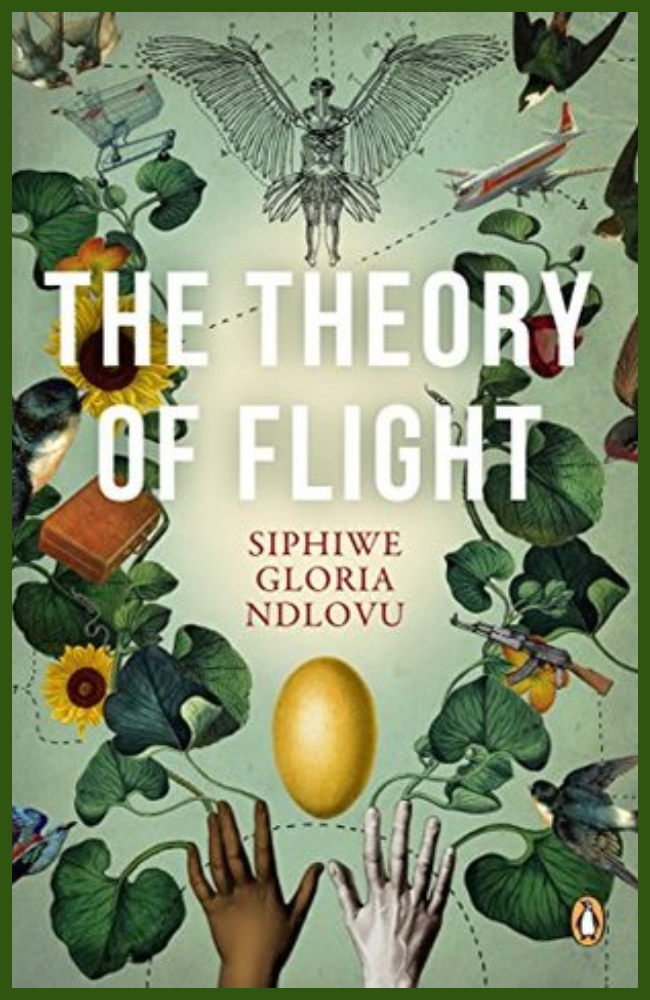 The Theory of Flight by Siphiwe Gloria Ndlovu
Supplied

My Sister The Serial Killer

When Korede's dinner is interrupted one night by a distress call from her sister, Ayoola, she knows what's expected of her: bleach, rubber gloves, nerves of steel and a strong stomach. This'll be the third boyfriend Ayoola's dispatched in, quote, self-defence and the third mess that her lethal little sibling has left Korede to clear away. She should probably go to the police for the good of the menfolk of Nigeria, but she loves her sister and, as they say, family always comes first. Until, that is, Ayoola starts dating the doctor where Korede works as a nurse. Korede's long been in love with him, and isn't prepared to see him wind up with a knife in his back: but to save one would mean sacrificing the other. My Sister The Serial Killer by Oyinkan Braithwaite
Supplied

Ifemelu and Obinze are young and in love when they depart military-ruled Nigeria for the West. Beautiful, self-assured Ifemelu heads for America, where despite her academic success, she is forced to grapple with what it means to be black for the first time. Quiet, thoughtful Obinze had hoped to join her, but with post-9/11 America closed to him, he instead plunges into a dangerous, undocumented life in London. Fifteen years later, they reunite in a newly democratic Nigeria, and reignite their passion—for each other and for their homeland. When you are accustomed to the finer things in life – designer shoes, champagne, VIP lounges, exotic holidays abroad, a luxury penthouse, expensive wheels – what independent young woman in her right mind would want to let them go? Certainly not the beautiful, ambitious and super-streetsmart Bontle Tau, the girl who has used her good looks and winning charm all her life to get exactly what she wants. The lifestyle doesn’t come cheap, though, nor does maintaining the body that allows it (just ask Dr Heinz at the beauty clinic). Luckily, Bontle has a degree in MENcology, and there is no shortage of blessers at her penthouse door, eager to give her all the love and (financial) support she needs. Papa Jeff might be overweight and getting on a bit, and receiving some unwanted attention from the Hawks; and Teddy might not have fully come through for her on that messed-up tender business; but Mr Emmanuel, the Nigerian businessman with deep pockets and the possibility of conferring second wife status … could that be love? The Blessed Girl by Angela Makholwa
Supplied
We live in a world where facts and fiction get blurred
In times of uncertainty you need journalism you can trust. For 14 free days, you can have access to a world of in-depth analyses, investigative journalism, top opinions and a range of features. Journalism strengthens democracy. Invest in the future today. Thereafter you will be billed R75 per month. You can cancel anytime and if you cancel within 14 days you won't be billed.
Subscribe to News24
Next on Drum
BOOK EXTRACT | Ghetto Ninja - The Junior Khanye Story