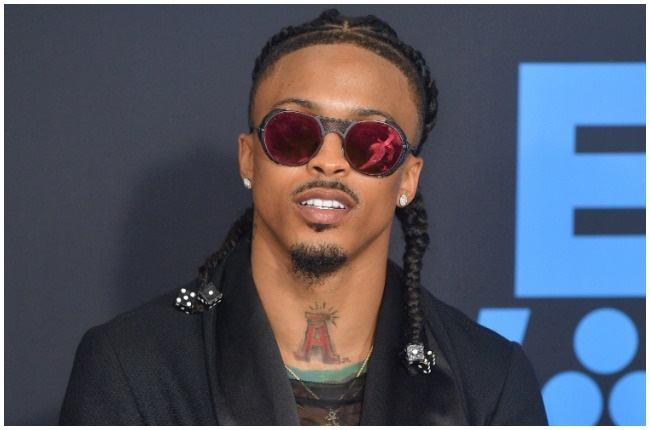 American Singer, August Alsina has gained a lot of sympathy from fans following his documentary, stateofEMERGEncy: The Rise of August Alsina. From his health issues to losing family members, the singer hasn’t had it easy even during his fame.

August Alsina sat down with Angela Yee from The Breakfast Club, to speak about his new album, the documentary, and more. During the interview, he also opens up about his relationship with Jada Pinkett Smith, which shocked many people.

“I actually sat down with Will and had a conversation due to the transformation from their marriage to their life partnership that they’ve spoken on several times. He gave me his blessings”, the singer said.

Will and Jada Pinkett Smith have never shied from telling the world about their marriage – the good and the bad. Two years ago, in an interview, Jada spoke out about how when she turned 40, she went through a midlife crisis and wanted to change a lot about her life, including her marriage.

On one of their Red Table Talk interviews, the couple unpack their marriage. Speaking about the things that changed it forever and how they’ve had to rebuild it again. “We don’t even call ourselves married anymore”, Will said. Jada agreed by mentioning how it’s a life partnership they’ve both devoted themselves to for this lifetime.

“I totally gave myself to that relationship for years of my life and I truly loved and have a ton of love for her. I devoted myself to it so much so to the point where I can die right now and be okay knowing that I gave myself to somebody”, August said. He went on to speak about how difficult the conversation is because it’s going to take some time for people to understand.

When asked if he was disappointed about Jada not speaking out, considering the opportunities he lost out on during their relationship, he said no. “I can’t even get into the thought of that because I’m only responsible for myself and what I do. When I am supressing things and it starts to affect me, I have to address it. I just always stay silent because I never want to be the person to cause confusion because I love these people. I have never been in love in that kind of a way.”

The songwriter went on to say how walking away from his relationship with Jada (48) left him heartbroken. It is not clear when exactly the relationship started but fans have speculated that August (27) was young when it did.

However, according to reports, Jada Pinkett-Smith has denied claims of their alleged relationship. Her reps have said that August's claims are “absolutely not true.” Will Smith and his team are yet to comment on the matter.

We live in a world where facts and fiction get blurred
In times of uncertainty you need journalism you can trust. For 14 free days, you can have access to a world of in-depth analyses, investigative journalism, top opinions and a range of features. Journalism strengthens democracy. Invest in the future today. Thereafter you will be billed R75 per month. You can cancel anytime and if you cancel within 14 days you won't be billed.
Subscribe to News24
Related Links
Jada Pinkett-Smith on the betrayals that happened in her marriage with Will Smith
Jada Pinkett-Smith reveals the real reason she cried for 45 days straight
Next on Drum
‘There are always two sides to a story’ - Mamkhize on abuse allegations made by Sithelo Shozi about her son Andile