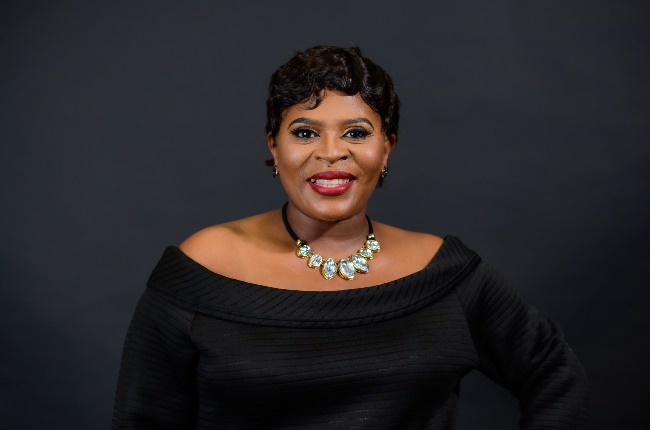 When viewers of SABC 1 drama Uzalo were introduced to Gabisile, she was a vibrant straight-talking disciplinarian and a churchy kind of woman.

But soon she turned into an evil woman no one wanted to mess with.

Veteran actress Baby Cele-Maloka says she was as surprised as the viewers were by the deviousness of her character and it was not pleasant.

“You can end up losing your mind, one minute this is what you character is like, the other it is something else. But you know, there is no excuse, your job is to bring that character to life no matter what the script changes into,” she says. Playing a character like Gabisile has been a challenging ride for Uzalo actress.
Supplied

“When she started changing for the worst, I read the script, believe me I got scared.  Every time she had to kill was shocking, it became easier for her to say ‘I think she should die’,” she explains.

“What am I going to do now?”, Baby asked herself when the character evolved.

No actor or actress wants to misrepresent a character and one always has to be on their A-game, she tells us.

The artist in her reminded her of what renowned playwright and musical director Mbongeni Ngema taught her over 30 years ago, “acting is believing,” he would say. Baby adds, “You have to believe that you are that person which is not an easy thing to do but that is the way to go about it. Don't  act, do not let the thought even cross your mind.”

“With a character like Gabisile, you have to be careful not to overdo it and not underplay it. Acting is real work. On screen, a scene you worked on for thirty minutes plays for three seconds. If it is not for you, I am telling you, you will never go back,” she says.

But it seems the walls are closing in on her and her tricks have run dry. While some say she is going to die, Baby says, “Let’s see what happens,” she laughs. The speculations around her TV 'death' have gone wild. “I got calls some days ago, I have had to deal with people thinking Baby Cele is dead, I am like haibo, Baby is still here,” she jokes.

It has been three years since she joined the Kwa-Zulu Natal based production. She permanently moved with her two children, Yolisa and Thando, leaving her husband in Johannesburg.

“The sacrifice was worth it. I would not change it for anything. At first, I was reluctant, I had just gotten married and I had to move. Like any other relationship or marriage when you are far apart there are challenges. But the move really made sense even spiritually, it made sense why I was given the job and it paid off in a huge way,” she says.

Now, the only challenge is that she is back in Johannesburg shooting a new show she is excited about (but can’t share too much just yet) and her children are back in KZN. However, she is trusting the process.

“Life has proven so many times to me that there is no mistake, everything happens for a reason.”

We live in a world where facts and fiction get blurred
In times of uncertainty you need journalism you can trust. For 14 free days, you can have access to a world of in-depth analyses, investigative journalism, top opinions and a range of features. Journalism strengthens democracy. Invest in the future today. Thereafter you will be billed R75 per month. You can cancel anytime and if you cancel within 14 days you won't be billed.
Subscribe to News24
Related Links
Former Uzalo actress Sphelele Mzimela pens a letter to her sons: "You inspire me to do better"
'It has been a great journey playing Tumi' - Larona Moagi bids farewell to The River
Actress Nokuthula Mavuso opens up about her new role on M-Net's Lioness
Next on Drum
They are one of SA's favourite TV couples. Here are some of the best Lindiwe and Zweli moments