Cheryl Zondi ventures into music: “I want to show people I am more than what happened to me” 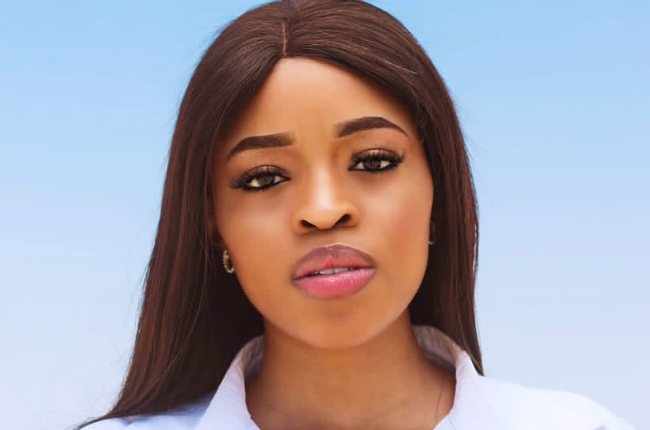 She won the hearts of South Africans when she boldly testified against Nigerian pastor Timothy Omotoso during his alleged human trafficking and rape trial. Now Cheryl has gone back to her first love, music.
Cheryl Zondi / supplied

Everyone knows her name and she's not a celebrity.

She's known as the woman who stood firm against badgering when she testified against controversial Nigerian pastor Timothy Omotoso during his human trafficking and rape trial.

Even though Cheryl Zondi can't put it all behind her as the case is ongoing, she's now claiming back her life and pursuing her dreams.

The 24-year-old, who holds a marketing management qualification from the University of Johannesburg, is venturing into music. Her album will be released on 21 November.

She tells us how it all came about.

“I have always loved music from a very young age, I have always been passionate about singing. I tried it out at church and that did not go so well. I stopped singing for a while because of my experience at Omotoso’s church, I had attached singing and God to the things that caused me pain. After leaving the church I started getting exposed to the music industry,” she tells DRUM.

For most of her childhood, Cheryl’s parents were married but it wasn't really a loving, warm home.

“It was an abusive set up, where my mother was being abused domestically. After their divorce, things became very difficult we found ourselves financially lacking. We moved around within the same area because landlords would kick us out. I have always never let the odds of life’s circumstances define me. I have always been very competitive, and I have always tried make sure my experiences don’t shape me.”

Cheryl became a member of the Timothy Omotoso church at 14 and had joined the church choir with several young girls before she was allegedly sexually violated by the pastor for two and a half years at his church.

She was also a key witness at his trial where she spoke out about the alleged sexual abuse and exploitation.

Cheryl enjoyed singing at her high school gigs, which included a matric ball when she was in grade 11. She then met producers who asked her to feature on a couple of her songs. However, that did not go far, but it has not discouraged her from pursuing music further.

“People don’t know the vulnerable side of me, people know Cheryl as this diplomatic woman or a strong young woman when in fact I can be vulnerable, and I can be sensitive. I'm very expressive and that is very important to me, I am releasing this project because I want to show the human in me. Earlier this year I found myself writing songs, it's always been essays or poems but this year it was songs. And a friend of mine Kgale introduced me to producers.

“This year I knew that I have to make music, this had to happen”

“The genre of the album is R&B, I have influences such as Aliyaah, Jill Scott and Elaine who have paved the way for us to sing this kind of alternative sound. I have intimate songs here and there,” she jokes.

“Yes I’m strong, I fight for my rights and I want other people to fight for their rights but I’m also very expressive, going out and testifying in court was also about self-expression and telling people about what was going on in my inner world. Music has given that platform to just express myself and to share my experiences in love and in life and the lessons that I have learnt.”

The album is about Cheryl outside of what people know about her during the Omotoso trial. The album is titled No Walls Allowed and it's being released on the 21st of November.

“I have learnt to always get back up; you don’t need to be strong all the time. My greatest lesson has been to always get up when life knocks you down.  I also do not want to be known as that girl or a victim, its very difficult to be followed by something that happened to you all your life.”

Cheryl says that healing from her ordeal with Omotoso is a life-long journey that she is willing to take and says that for now she is learning to accept that it is something that has happened to her.

“Healing is worse than the wound, the most difficult thing about what happened was accepting that it has indeed happened to me. After everything that happened during the trial it made me feel exposed, things that happen to you affect who you become. Healing is a lifetime commitment, its something that I have tried to run away from."

We live in a world where facts and fiction get blurred
In times of uncertainty you need journalism you can trust. For 14 free days, you can have access to a world of in-depth analyses, investigative journalism, top opinions and a range of features. Journalism strengthens democracy. Invest in the future today. Thereafter you will be billed R75 per month. You can cancel anytime and if you cancel within 14 days you won't be billed.
Subscribe to News24
Next on Drum
Comedian Celeste Ntuli says her WhatsApp has been hacked, scammers are asking her contact for cash