Controversial record label Mabala Noise is back with just 3 artists 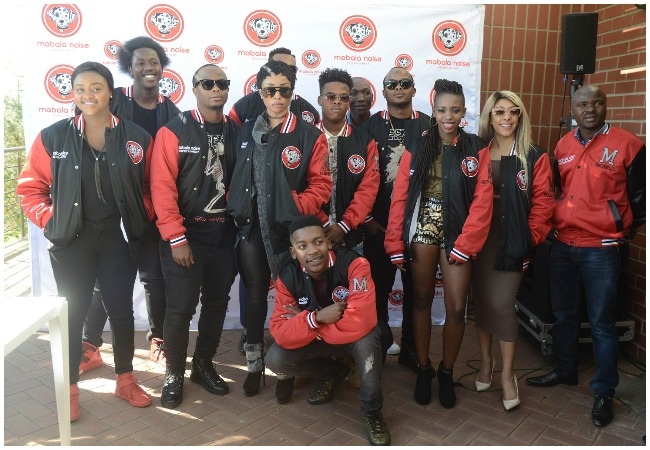 Artists who were signed to Mabala Noise when it launched in 2016.
Frennie Shivhambu/ Gallo Images

Over the past three years controversial record label Mabala Noise saw a lot of its artist leave. And many fans were convinced it was the end of the road for the label. But Mabala Noise Entertainment is back and has rebranded.

Speaking to the Daily Sun, the CEO of the record label said “Mabala noise didn’t die. We just went through a rough patch. We took too much that is why we ended up failing.”

Originally formed in 2015 by DJ Bongz and was called Mabalabala until the Durban deejay joined forces with ANC Youth League treasurer general Reggie Nkabinde, and it was renamed Mabala Noise. The label grew quickly and signed some of Mzansi’s top artists, including Nasty C, Gigi Lamayne, Ricky Rick, and many more.

Whilst they made some award-winning artists, they also made headlines for ill-treating them. And over the years many of their artists became frustrated and left the label.  In 2017 the founder DJ Bongz announced his departure, which was soon followed by some of the artist that were signed under it.

“We signed a lot of big artists in a short space of time and it was a lot to take in [sic]. We’ve experienced some highs and lows.”

“Our experience has taught us to be better. We are back in the game.”

The record label has rebranded its logo, replacing the puppy with a leopard.

Mabala noise took to twitter to announce it new logo.

The journey of many years has led us to this moment.

Tonight, we present to you our new logo! A Leopard is stronger than a puppy right???

Welcome to the university of fame & talent; the parliament of music. It's show time! #Mabalanoise pic.twitter.com/oWZOb6nlDY

And after releasing most of its artist, rapper Zakwe remained and the label recently added two new artist, former Idols contestant Sonke Mazibuko and Mnqobi Yazo.

Psst! Here's a sneak peek at what we've been up to in our silence!

Available for you to download and steam across all major digital music stores. pic.twitter.com/g7uu1ckaZ7

We live in a world where facts and fiction get blurred
In times of uncertainty you need journalism you can trust. For 14 free days, you can have access to a world of in-depth analyses, investigative journalism, top opinions and a range of features. Journalism strengthens democracy. Invest in the future today. Thereafter you will be billed R75 per month. You can cancel anytime and if you cancel within 14 days you won't be billed.
Subscribe to News24
Related Links
Sho Madjozi bags international record label deal
Amanda Black on how she felt when she took on Ambitiouz Entertainment: ‘I was scared and alone'
Is the Mabala Noise empire crumbling?
Next on Drum
Actor Lesley Musina ready to enforce the law in new TV drama The Executive