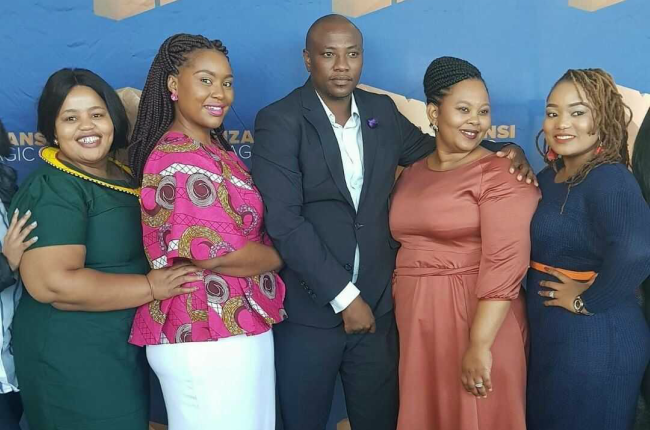 There’s never a dull day in their house. With one husband, four wives and almost a dozen children, there’s a lot of drama to be dealt with.

And more is coming this season, the Mseleku family promises.

The new season of Uthando Nes’thembu is back this month and author and polygamist Musa Mseleku (46) says the new season will give viewers a renewed perspective of his family.

“As many people may have seen previously, being in a polygamist marriage comes with its difficulties,” he says. “Dealing with individual characters and understanding each one. This season reveals more drama and people's true colours get exposed.”

“I have four wives [MaCele, MaYeni, MaKhumalo, and MaNgwabe]; there have only been two traditional weddings and one white. So, there will be many celebrations,” he says.

In season three, Musa brought up the possibility of taking a fifth wife which did not sit well with the wives, who have formed a bond amongst each other.

“The issue is one that will raise a lot of debate in the coming season. I cannot as yet divulge my take on it, but this is one of the major topics between me and my wives,” he says.

The father of 10 kids is known for his calm interventions during his many discussions with his wives.

“But the topic of a fifth wife will show viewers another side of me, which I am not necessarily comfortable with, but I am honest bout. That is me being irritated and agitated, but it is all part of being real and showing the difficulties of being in a polygamous marriage,” he says.

Musa met wife number two, MaYeni first but he was unsure about entering into polygamy. When he made up his mind about having more than one wife, her family did not approve, and they separated.

As he was still waiting for her to change her mind, he met MaCele, the first wife, and they got married. MaYeni then agreed to be his second wife.

He later introduced MaKhumalo and MaNgwabe who he also decided to take on as wife number three and four.

All the wives live in separate houses and come together for family celebrations, work, or family responsibilities.

“If you thought season three was the climax of the show, then we’ve got something even bigger, better in store for you. This season will bring you up, close and personal with Mseleku’s wives and the dynamics of polygamy.”

We live in a world where facts and fiction get blurred
In times of uncertainty you need journalism you can trust. For 14 free days, you can have access to a world of in-depth analyses, investigative journalism, top opinions and a range of features. Journalism strengthens democracy. Invest in the future today. Thereafter you will be billed R75 per month. You can cancel anytime and if you cancel within 14 days you won't be billed.
Subscribe to News24
Related Links
13 pics of Uzalo’s dramatic polygamous wedding – and we speak to the actors behind the characters
What comes first lobola or an engagement ring? We asked 3 couples
Should you ever pay your own lobola? Here's what the experts say
Next on Drum
Tokollo “Magesh” Tshabalala's funeral details announced