Kelly Khumalo on her new reality show: “My life has been nothing but controversial” 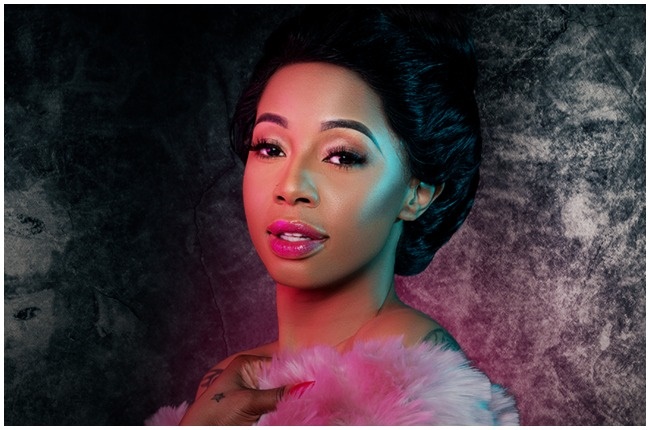 One of Mzansi’s most talked about celebs, Kelly Khumalo has officially aired the first episode of her reality TV show, Life with Kelly Khumalo.

“The woman that you see in front of you is self-made. I can't say I have a point of reference when it comes to being a good woman. However, I am now ready to embrace the greatness that God has created me for,” Kelly says in the opening sequence of her reality show.

The show is a platform where the singer lets viewers in on what’s going on in her life; from being a single mother of two to working on the release of her new album, The Voice of Africa, and her first gin, Controversy.

“My life has been nothing but controversial. There's always a push and pull, she said; she did not; did she? did she not? conversation about me, so it made sense for me to name my drink Controversy,” Kelly says.

Viewers will also see Kelly as a businesswoman who, unfortunately, has had to put her businesses on hold due to Covid-19. “At the end of the day, I’m a mom who’s making a living and has to protect her business with everything she has,” Kelly says in the show.

From losing the father of her child, Bafana Bafana captain Senzo Meyiwa, to struggling with getting brand endorsements because of bad publicity, Kelly hasn’t had a smooth life coming up in the industry.

Kelly also lets viewers in on her tainted relationship with her mother and sister Zandile, who she has had public disputes with. “Asizwani kahle noMa, baba (Father, my mother and I aren’t getting along)”, Kelly says in one of the promo shots she shared on her Instagram. “When I pass on, I want to leave you and Zandile united,” says Ntombi (Kelly’s mom) in the show.

The reality show is a 13-part series. The first six episodes of Life with Kelly Khumalo are now available on Showmax, with the final seven episodes dropping Thursday, 27 August 2020.

We live in a world where facts and fiction get blurred
In times of uncertainty you need journalism you can trust. For 14 free days, you can have access to a world of in-depth analyses, investigative journalism, top opinions and a range of features. Journalism strengthens democracy. Invest in the future today. Thereafter you will be billed R75 per month. You can cancel anytime and if you cancel within 14 days you won't be billed.
Subscribe to News24
Related Links
Kelly Khumalo on her reality show, Jub Jub being an absent dad and gender-based violence
Kelly Khumalo speaks out about her relationship with her sister and that ‘bizarre’ video
Kelly Khumalo’s emotional COVID-19 summoning: ‘I’ve been asked to tell you guys to get on your...
Next on Drum
‘Thomas and Skhumba are not leaving’ - Kaya 959 announces final changes to the lineup