LaSauce on her second album: "It’s about having the courage to love through pain" 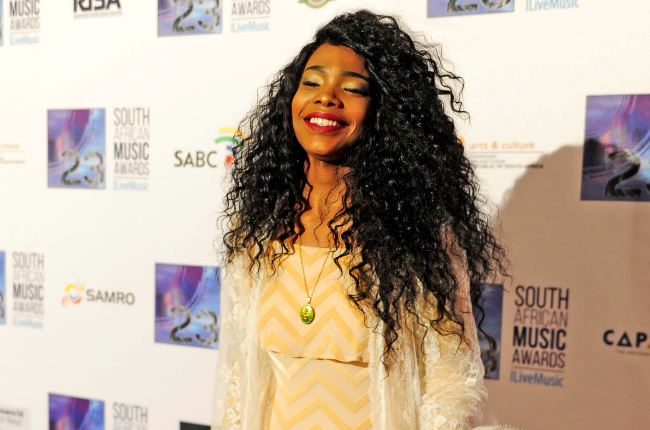 With her song I Do she made the country fall in love with love, with Ncese she had fans invested in a story that didn't have a happy ending.

LaSauce has cemented herself as an artist who tells stories virtually and with music.

The singer has been around for a while after she signed her record deal with Ambitiouz entertainment at 18-years old.

LaSauce, born Sindisiiwe Dlamini, is a 22-year-old Afro-pop musician who makes music many people relate to.

She released her first album titled Broken Lipstick in 2017 and the release of her second album Sindisiwe has been well received.

The KZN born artist says that she had to adapt to her life in the spotlight very fast. She comes from a reserved background and first discovered she had musical talent 18 and she knew exactly where she wanted to go in life.

“Growing up I went to a Muslim school, I was very reserved, I was in an enclosed environment and when I was 18, I found myself in the limelight. Everything started happening really quick but for me it was a dream come through,” she tells DRUM.

She says transitioning from being a reserved girl and being in the limelight was challenging at first.

“I had to adapt to being on stage, showing a little more skin and being out there. That was one of my major challenges. The year 2020 has allowed me to fully being comfortable in my skin and in who I am. Being in the music industry as a female has also been challenging, but I just focus on making good music,” she says.

LaSauce has learnt how to make things work. She keeps her private life private and lets music speak to her.

Making her second album forced her to be vulnerable and transparent, she says.

“This self-titled album is about me, it talks about my journey, how I have experienced life. It’s a story about loving through pain, being disappointed by the people that I love, being disappointed by family. It’s about having the courage to love through pain, it’s a very personal and vulnerable body of work, making this album was inspired by different experiences and emotions. There are songs my mother wrote on the album.”

LaSauce says that she is currently single and not in the dating game, but her music is inspired by the stories she hears from her friends on love.

“The love songs are inspired by what I see and hear from my friends. And with this album I got to work with the best producers and infuse my African culture, I always love infusing it in my music."

She makes music that is often played at weddings, including I do featuring Amandla Black. The song broke records and has over 10 million views on YouTube.

She has since performed at weddings across the country because of it.

“People love the album; they resonate with it and that’s always what I strive to do; to tell a story through my music"

When she is not in the studio creating hits for South Africa, LaSauce says she loves spending her time dancing or being one with nature.

She says that in the future she would love to work with Nasty C, Flame, Shasha, Boity, and Kwesta.

One of her passions is empowering women and she believes that women are uniquely beautiful.

“Women are powerful, I believe that women should always put themselves first, we bring life to this earth, we should love ourselves first. Self-love should be what we put first. It’s also important to know what you want in life. I am planning on launching a Sindisiwe foundation which will focus on young girls and helping in every way possible.”

We live in a world where facts and fiction get blurred
In times of uncertainty you need journalism you can trust. For 14 free days, you can have access to a world of in-depth analyses, investigative journalism, top opinions and a range of features. Journalism strengthens democracy. Invest in the future today. Thereafter you will be billed R75 per month. You can cancel anytime and if you cancel within 14 days you won't be billed.
Subscribe to News24
Related Links
Blaq Diamond and Ambitiouz Entertainment launch new record label
9 artists who have left Ambitiouz Entertainment
Emtee joins in as fans slam Ambitiouz Entertainment for donating food parcels
Next on Drum
Onwards and upwards for Bonko Khoza as he leaves The Wife