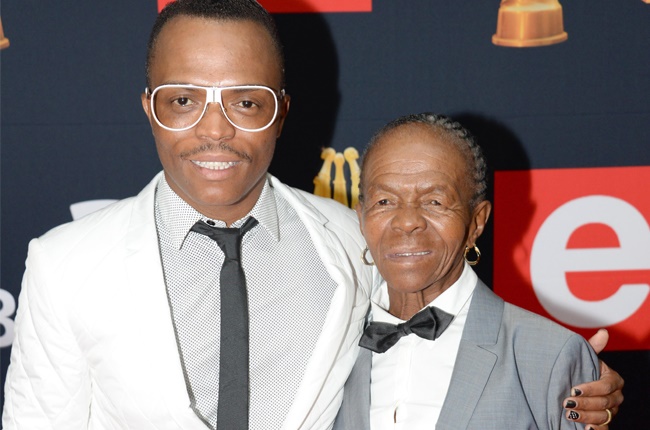 She might be gone, but she’ll never be forgotten. First the country got to see her feature in Beyoncé’s visual album, Black is King. Now fans will get one more look at Mary Twala’s acting prowess when she stars in the award-winning Basotho film This is Not a Burial, It’s a Resurrection.

The film is set to open the Durban International Film Festival (DIFF) on 10 September.

This is Not a Burial, It’s a Resurrection was made by Mosotho filmmaker and director Lemohang Jeremiah Mosese and it was named by critics as one of the best films at this year’s Sundance Film Festival (SFF).

Shot in four weeks in April last year, this is the last feature film the late Mam’ Mary worked on before her passing on 4 July this year.

Lemohang says working with the 80-year-old was “magical”.

“Mary was a gladiator. I have never worked with anyone like her. Without Mary this film would not exist,” he says.

“Her willingness and zealousness to always take things further were limitless. She understood the urgency with which I work and never questioned me when I asked her to do things again and again.”

The Berlin-based director says Mam’ Mary also came with “no preconceived ideas, despite her vast experience”.

“I am honoured to have met her, to have been touched by her and to have worked with her. I am grateful she trusted me and believed in my vision. She is a gift to cinema,” Lemohang says.

This is Not a Burial, It’s a Resurrection is a drama set in the mountains of Lesotho. It opens with an elderly widow named Mantoa (Mam’ Mary), grieving the loss of her son.

Determined to die and be laid to rest with her family, her plans are interrupted when she discovers the village and its cemetery will be forcibly resettled to make way for a dam reservoir. Refusing to let the dead be desecrated, she finds a new will to live and ignites a collective spirit of defiance within her community.

The film won the world cinema dramatic special jury award for visionary filmmaking at the SFF.

It continues to show internationally and has taken home six more awards. This is Not a Burial, It’s a Resurrection also stars film and television icon Jerry Mofokeng Wa Makhetha, Makhaola Ndebele and Tseko Monaheng.

For director Lemohang, the film is deeply personal.

“When I was a child, my family was evicted from our home,” he says. “My grandmother’s village is undergoing forced resettlement right now. My experience of displacement has significantly impacted who I am and how I see the world. Urucu believed in me from the beginning and Cait’s passion, in particular, was the driving force behind Resurrection.”

Lemohang hopes the audience will “observe the film like a painting”.

“To be present, to let the ideas permeate, to take in the drawings on the wall and the poetry of the text. I hope the film’s themes will continue to resonate with people long after they have left the cinema,” he says.

“The reason I made this film is because I am a black body living in Europe, living in the margins, being part but not belonging, belonging but not being part. My grandmother’s village in Lesotho is on the verge of being resettled as I write this. Time and nature are both beautiful and brutal and time marches on despite all hardships. I hope Mantoa's defiant spirit, so beautifully embodied by Mary, inspires some resilience in these trying times,” he adds.

For the first time in its 41-year history, DIFF will go virtual from 10 to 20 September.

“It was an incredible, life-changing experience birthing this film,” Cait says.

“We lived in the mountains, with limited access to water and electricity, and fought against extreme weather conditions, all while transporting Ma Mary to the location on horseback.

“For it to be opening DIFF, a festival very close to my heart and in my home province, is extremely special. I know both Mary and casting director Moonyeenn Lee, both of whom are no longer with us, will be with us in spirit as we bring this film to our local audiences.”

We live in a world where facts and fiction get blurred
In times of uncertainty you need journalism you can trust. For 14 free days, you can have access to a world of in-depth analyses, investigative journalism, top opinions and a range of features. Journalism strengthens democracy. Invest in the future today. Thereafter you will be billed R75 per month. You can cancel anytime and if you cancel within 14 days you won't be billed.
Subscribe to News24
Related Links
Tina Knowles says Beyoncé shared with her the 'sad news' of Mary Twala's death
Heartfelt moments you might have missed from Mary Twala’s funeral
MARY TWALA LAID TO REST WITH AN EMOTIONAL SEND-OFF
Next on Drum
DJ Sabby on moving to weekdays on Metro FM - 'I always knew I would end up here'