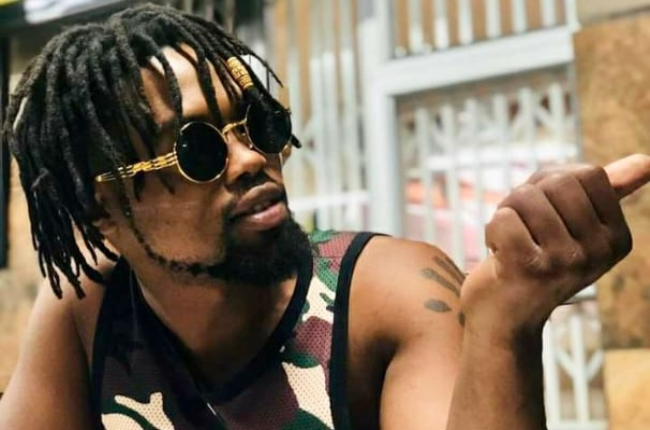 He’s been a little quiet on the music front. It’s been a few years since he’s released his own music, and he’s decided now is the time.

Phila Madlingozi (31) is intent on making a name for himself in both the acting and music world.

The actor, son of Afro-pop icon Ringo Mandlingozi, made his musical debut in 2014 when he released the single Phila featured on the TV series Mutual Friends.

He then featured on a number of songs including two on Solo Langa’s debut album Dreams are Plenty.

He was on DJ AJs album, Bawo and he released his single Cinderella after joining South African Idols in 2015. But his last song was the title sequence for Mzansi Magic drama series Isikizi in 2017, and it won a golden horn award at the South African Film and TV Awards for the Best Achievement in Original Music/Score on TV drama for Isikizi season two.

Although he has been quiet on the musical front, he’s now released his single Igaqa le Ice, loosely translated as ‘a block of ice’.

“The title is taken from a game we used to play as children growing up,” he says.  “It is in fact a love song saying choose the one you love.

“I knew taking a significant childhood memory and creating something new would resonate with many of my fans who grew up in the 1970s, 1980s, and 1990s,” he says.

“I wanted to do something authentically Xhosa and bring good childhood memories back to my music,” he says.

In the three years of not releasing music, Phila has been at home writing songs and focusing on his acting career.

“I was recently on The Queen, which I thoroughly enjoyed. And I just finished shooting for Rhythm City.”

Although he can’t say much about his role on Rhythm City, which many reports have speculated that he will be playing the role of an ambitious gay man, he believes people will get to see another side to his acting.

“I’m still on the road to my dreams, I’m still building. I need to build my own name"
Phila

“It’s important to be versatile as a creative. I love both acting and music, but music will always e my first love because I get to be myself,” he says.

“I am more confident singing, I don’t have to try and find a character. It’s less work. But I also love acting and it is was mostly what pays the bills.”

He’s always known he would be in entertainment. He studied directing at City Varsity and has been in the spotlight in one way or another since then.

“The arts are my life; it is all I know and all I am good at. It runs in my bloodline. I cannot disregard that my father’s creativity rubbed off on me and I would forever be grateful for that,” he says.

“But back in university I wasn’t quite sure about the direction I would take. And I chose directing because it gives me an option to be versatile.”

Phila says he will never leave acting and he tries daily to make sure he improves his craft.

"If I was forced to choose I would say music, I still believe there is a lot more to learn with acting,” he says.

Currently, he is taking it one day at a time and not putting too much pressure on his craft.

“I’m still on the road to my dreams, I’m still building. I need to build my own name. I want to take the Xhosa language to the world, that is the big goal. I’m working here right now and I go where the wind takes me,” he says.

We live in a world where facts and fiction get blurred
In times of uncertainty you need journalism you can trust. For 14 free days, you can have access to a world of in-depth analyses, investigative journalism, top opinions and a range of features. Journalism strengthens democracy. Invest in the future today. Thereafter you will be billed R75 per month. You can cancel anytime and if you cancel within 14 days you won't be billed.
Subscribe to News24
Related Links
Ringo Madlingozi on his failed marriage, love and politics
Phila Madlingozi says his ancestors helped him win the Golden Horn award
Two minutes with Ringo Madlingozi
Next on Drum
Mome on hubby Toll A$$ Mo being falsely accused of rape: I was attacked and shamed for standing by him