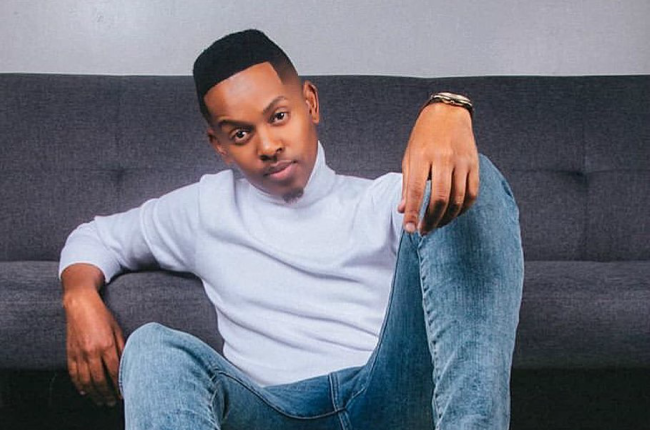 He may not have won Idols SA when he entered a few years ago, but Lungisa Xhamela is certainly making his mark in music. The velvet-voiced singer recently proved persistence pays off when he won a South African Music Award (Sama) for his debut album, My Heart To Your Soul.

“When I heard I was nominated I was over the moon realising all the hard work has been recognised,” Lungisa tells us. “It was an amazing feeling.”

Even though he was delighted to be nominated at the biggest music award ceremony in Mzansi, Lungisa didn’t know he’d won the best album Sama until friends and family called to congratulate him.

Unlike previous years, the awards ceremony was streamed live due to the national lockdown. “I didn’t even watch the show as I was busy working on my upcoming single,” he tells us.

“When I got home that evening, around 10pm, the show had just ended. I received numerous calls and I fell to the floor and started crying uncontrollably,” he adds. “I was overwhelmed with a rush of emotion.”

A few days after his big win, he still pinches himself. “I am still in awe of this recognition by the Samas because I know how much hard work I put into my album. It feels so great to walk away with this award. It’s scary and humbling.”

.@Lungisamusiq has sung his way to the Best R&B/Soul Album award with his offering, “My Heart To Your Soul” #SAMA26 #ForThaKultcha pic.twitter.com/6QnDdSRhVW

Lungisa, who was born in Butterworth in the Eastern Cape, is a pastor’s kid who grew up in different parts of the country. His family moved around a lot as his father, a Seventh-day Adventist pastor, spread the word.

“When I won, I chuckled over a couple of arguments online debating where I’m from,” he jokes. “People were claiming me left, right and centre. It was quite amusing to witness.”

He’d always dreamt of a career in music, so three years ago he moved to Johannesburg where he entered Idols SA. Even though he was the first guy to be voted out of the top 10, he says the show opened many doors for him.

“Idols is watched by millions, so I used the momentum and hype to propel me forward. I started releasing songs and performing all over. I even had a successful country tour in 2016/17, that also included Botswana.”

In 2018 he released his debut single, iLove Letter, which was a hit with fans. Last year Lungisa, who is signed to Gallo Record Company, hit the studio to record My Heart To Your Soul.

His debut album, he says, is inspired by love. “All the experiences I have about love, I chose to write and sing about all the goodness it has given me.”

He may be R&B’s newest sensation, but he says there’s something for everyone in his album. “I went all out, exploring different sounds, switching it up from R&B to soul, from soul to house, from house to gospel. All in all, keeping the love theme throughout.”

Fans will be thrilled to know he will soon release Mina Nawe, a new single off his album. “I believe it will do really well as it is catchy, commercial and easy on the ear, which is perfect for radio.”

When he isn’t in the studio recording new music, you’ll find the 29-year-old worshipping at church. “It’s a huge part of my life,” Lungisa says. “So much so that I’ve become a leader in the praise and worship team at New Age Tabernacle Church. Worshipping has strengthened my voice to levels that other genres might not have.”

We live in a world where facts and fiction get blurred
In times of uncertainty you need journalism you can trust. For 14 free days, you can have access to a world of in-depth analyses, investigative journalism, top opinions and a range of features. Journalism strengthens democracy. Invest in the future today. Thereafter you will be billed R75 per month. You can cancel anytime and if you cancel within 14 days you won't be billed.
Subscribe to News24
Related Links
Kelly Khumalo on her new reality show: “My life has been nothing but controversial”
Getting to know Jerusalema’s Nomcebo Zikode
Shelton Forbez on leaving Massiv Metro and his major career moves
Next on Drum
DJ Sabby on moving to weekdays on Metro FM - 'I always knew I would end up here'