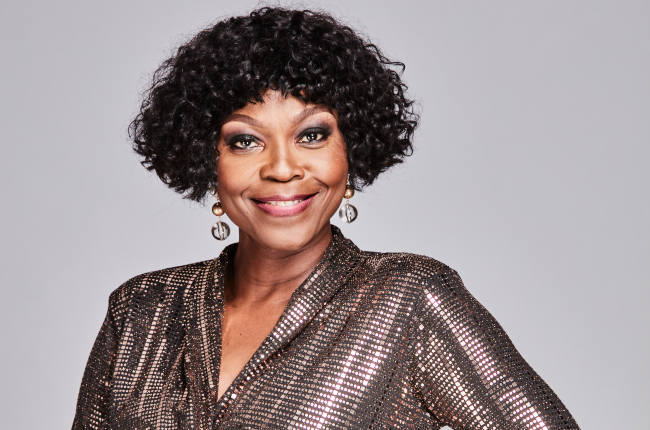 After her recovery from Covid-19, Sthandiwe Msomi Kgoroge (48) is grateful to be well again and to be doing what she loves on-screen. Although she would not go into the nitty-gritties, she says “it was a spiritual time, it taught me to be still and know that that time will pass, and it did.” At this uncertain time, she says love is most important. “Nothing at the end of the day is as important as the love of family and God-aligned friendships. Love heals,” she says.

It has been seven months since she became part of the cast of the gripping Sesotho SABC2 telenovela, Lithapo. And she has shocked Mzansi TV viewers with the level of evil the character she plays can reach. “My first thought when I read the character script was OMG!!! I’m going to get slapped in public with this one,” she says. “I hear a lot of ‘I never thought I could hate you Sthandiwe but right now because of Lithapo I do,’ for me that's a win,” she says with a laugh.

Thandeka is a woman married to a rich man, they have two children (oh well he thinks) together but it seems, the children are her husband’s best friend’s children.

Read more | Kgosi Mongake on starring on ISONO: “I am dedicating this character to Moonyeen Lee”

This is a secret she has covered up all these years. On top of that, she hid her husband’s other son with another woman for over two years. She is in a web of secrets and lies but it does not look like she’s about to stop. “I absolutely love this character for how multi-dimensional she is and not because she's ruthless but because she is full of colour,” she says. Sthandiwe loves the character so much, she doesn’t seem to think Thandeka is as bad as viewers have experienced her.

“Why do you keep saying she's evil? I wouldn't say she’s evil, she makes choices that are not popular but for her, it is about family first and anything that threatens that she has to remove,” she says. Sthandiwe is a mother too, so if anything, she can relate to her character in that sense but not the evil ways. If she could share some words of caution to a Thandeka, she says “protect and love your family but never lose your moral compass whilst doing that.”

When she is not on-screen she is filling the shoes of a creative director. “I'm always conceptualising and I'm studying this year. I don't want the pressure, so I won't say what I’m studying yet,” she says. From her first appearance on iconic drama Yizo Yizo in 1998, to later being on the soapie Generations for years.

She is easily one of the actresses who have managed to hold their own off-screen but yet remain relevant. In her work, Sthandiwe is known for always advancing black people’s narrative particularly, black women too. Like in 2018 when she directed and curated the True Love magazine’s Black Love shoot that won the Media24 Excellence Award for Best Visuals. As it is Women’s Month, her wish for women is to be free and treated justly in society.

“To be seen and treated as human beings and not a hunted species! We're dying every second in this country which means we're slowly becoming an endangered species. Can we jog in peace? Can we love what and whoever we want to love, can women walkout or leave dysfunctional relationships without the fear of being murdered? Can women say whatever they want to say without the fear of violent repercussions?”.

We live in a world where facts and fiction get blurred
In times of uncertainty you need journalism you can trust. For 14 free days, you can have access to a world of in-depth analyses, investigative journalism, top opinions and a range of features. Journalism strengthens democracy. Invest in the future today. Thereafter you will be billed R75 per month. You can cancel anytime and if you cancel within 14 days you won't be billed.
Subscribe to News24
Related Links
A letter to a younger me: Lorraine Moropa writes
Nambitha Ben-Mazwi on being featured in Black is King: ‘This was an extension of my purpose’
Actress Gabisile Tshabalala has welcomed her second baby
Next on Drum
‘The gospel of Jesus Christ doesn’t need you to be so serious’ – Ayanda Ntanzi on his rebrand