TK and Nhlanhla's son, Ciza is ready to walk the same path as his parents.
Supplied

Music is in his blood. His mom Nhlanhla Nciza is a lead singer of the Afro-pop group Mafikizolo and his dad, Thembinkosi “TK” Nciza, is the music mogul who discovered many talented people and made them stars.

Now their son, Ciza (19), is ready to walk the same path as his parents.

A month ago Ciza released his single Come Alive, and recently he dropped Adge, an Afro-beats song infused with Afro-pop mixed with South African Afro-pop.

The title Adge is taken from the Yoruba language of Nigeria and is a chant used for kings.“I believe I’m an African artist, I represent the whole continent before I am just a South African and I love learning about other African languages,” he says.

Although he cannot speak Yoruba, he is interested in learning.“I want to learn many African languages, so my music can touch the entire continent,” he says.

Ciza’s interest in music might have been inspired by his mom and dad, but it’s not easy having famous parents.

“It comes with a lot of pressure. Everyone thinks I get special treatment because my parents are in the music industry, but I don’t,” he says.“It’s actually the opposite. I am constantly having to prove that I am an individual, that I am also talented, and I didn’t get into the music game because of my parents’ success.”

Ciza says he is grateful to have been raised in a musical family, but it is also challenging.

“My parents are also hard on me because they know I can do better. They expect me to work 10 times harder. They are honest when they believe an idea won’t work and I have seen rise and fall in front of my eyes, so I know what is expected of me,” he says.

Ciza started making music at the age of 15 watching his mom and dad.

“I have always loved music and I would entertain my family and they encouraged me to work on my craft to be the best,” he says.

He spent most of his playtime as a teenager in the studio writing songs.

“I would write a song, take it to mom and dad and they would send me back to the studio if they felt it wasn’t good enough until I got it right,” he says.

He believes he got it right with his upcoming 7-track EP, which will feature some well-known artists.

“The title and the features are still a surprise,” he says. 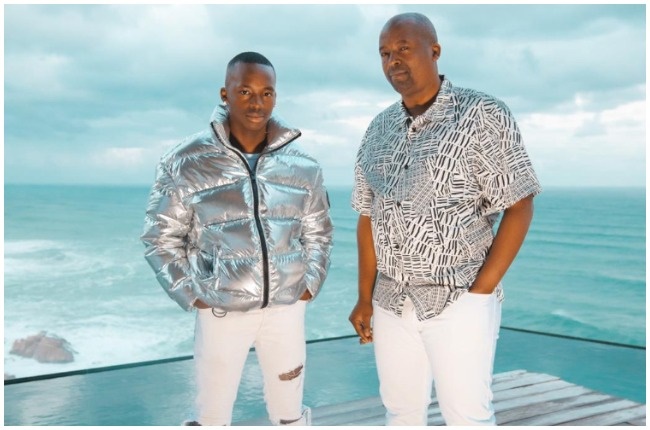 “But it definitely won’t be my mom as people would expect. I feel I am not yet worthy to feature her. It is too early to feature my mom. I still need to prove myself and prove that I can stand on my own as a musician and not just ride on my parent’s fame.”

Ciza is currently doing his first year in business management at Varsity College.

“I also want to learn the business side of music, so I can be able to take on the family business and create a generational legacy as my parents have done for me.”

With his parents constantly making headlines for various reasons including their work and most recently their breakup, he’s learnt to toughen up.

“The bad publicity used to be an issue when I was younger, but as time went [by], I learned that it’s all part of the game.”

We live in a world where facts and fiction get blurred
In times of uncertainty you need journalism you can trust. For 14 free days, you can have access to a world of in-depth analyses, investigative journalism, top opinions and a range of features. Journalism strengthens democracy. Invest in the future today. Thereafter you will be billed R75 per month. You can cancel anytime and if you cancel within 14 days you won't be billed.
Subscribe to News24
Related Links
Nhlanhla Nciza announces split from TK Nciza after 15 years of marriage
WATCH: Nhlanhla Nciza’s son’s over-the-top matric dance proposal
5 local celeb kids who passed their matric
Next on Drum
DJ Sabby on moving to weekdays on Metro FM - 'I always knew I would end up here'