This is normally a painful month for Senzo Meyiwa's family.

They lost their son in October 2014 but this year, they finally have something to smile about.

Today a tombstone was erected for the former Orlando Pirates player.

His brother Sfiso Meyiwa tells Drum The South African Football Association kept their word and handed the tombstone over to the family in an intimate ceremony on Monday, 12 October.

“Today it is a beautiful and important to the family. We are so happy seeing all this happen,” he says. 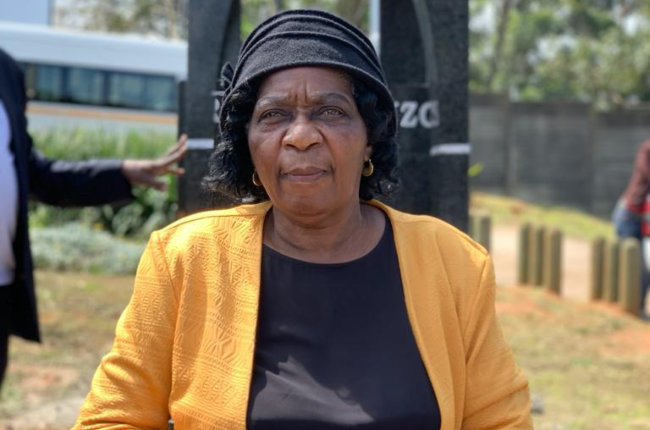 Senzo died in 2014 when he was shot and killed during an alleged robbery. In August, City Press reported that one of the gunman had confessed, but the police denied that any arrests were made.

The football player's father Sam died after years of waiting for justice.

Police minister Bheki Cele in August promised there would soon be a positive outcome to the case. The support from the public and the demands for justice are heart-warming, Sfiso says, but they need to see action from the police.

“What will give us peace as a family is seeing his killers go to jail and monies for his children finally sorted out,” Sfiso says.

We live in a world where facts and fiction get blurred
In times of uncertainty you need journalism you can trust. For 14 free days, you can have access to a world of in-depth analyses, investigative journalism, top opinions and a range of features. Journalism strengthens democracy. Invest in the future today. Thereafter you will be billed R75 per month. You can cancel anytime and if you cancel within 14 days you won't be billed.
Subscribe to News24
Related Links
Five years of heartbreak: Sam Meyiwa’s fight to the death to get justice for Senzo
Kelly Khumalo’s heartfelt plea following Senzo Meyiwa accusations
'I’m scared for my life' - Longwe Twala on Senzo Meyiwa murder accusations
Next on Drum
‘I’ve laid low intentionally’ - Maps Maponyane on blocking out the noise and doing what brings him joy