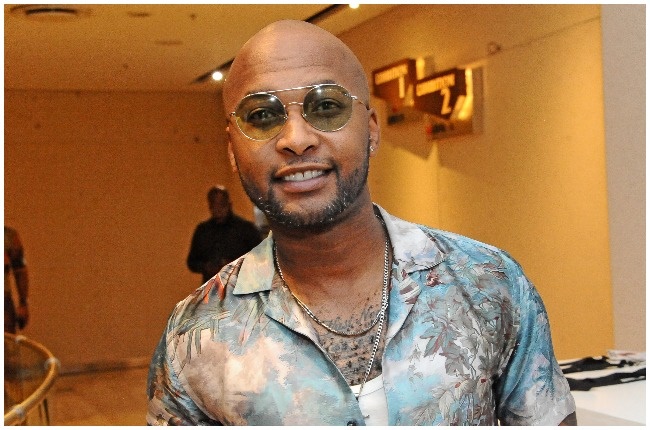 Vusi Nova says his new song titled "Yibanathi" is helping him heal from the loss of his uncle.
Oupa Bopape/Gallo Images

It was a request from his social media followers that Vusi Nova feature gospel singer Dumi Mkokstad in his latest song, Yibanathi. The Port Elizabeth star could not say no to his supporters. In Yibanathi, the powerful duo prays for everyone to be protected during hard times.

“I feel like I had no choice but to feature Dumi. His voice is healing and together we made magic. Yibanathi is a reminder that we are not alone in this and that The Lord is with us. It gives me hope and reminds me to have faith and believe that with him, all is well,” Vusi says.

Since the coronavirus outbreak and strict lockdown regulations, Vusi has endured and faced some challenges that tested his patience and spirituality. From not being able to perform and make an income to losing his uncle, Thando Dingaan, who he was very close to, due to complications with his pancreas.

“My uncle and I were extremely close. He was my grandfather’s last born. My entire family is a close unit and we are all in each other’s business. His death has shattered everyone,” he says.

“Thando would often send me umculo wakudala (old music) that he thought I should redo. And by the way, he was not ‘suggesting’ I do this music, he was ‘instructing’ me to,” Vusi recalls.

“I miss him so much and it’s still going to be tough on all of us.”

While still mourning his uncle, he had to comport best friend Somizi Mhlongo-Motaung who lost his mother, Mary Twala.

Read More: Vusi Nova shares his experience of being pelted with cans while on stage

“Losing a parent is not easy, trust me, I know. I lost my mom some years ago,” he says.

“As soon as I heard about Somizi’s mom’s passing, I was by his side and reassured him that I am here for him no matter what. Unfortunately, I could not be at the funeral as I was not feeling well on the day. The best thing I could have done for him on the day was to stay away, but I was there in spirit and he knows that,” he adds.

Through these difficult times, Vusi says, Yibanathi brings him comfort.

“This song helped me and my family after my uncle's sudden death. I hope it heals others and reassures them that they are not alone,” he adds.

During the lockdown, Vusi has learned to be patient and stay positive.

“Lockdown has certainly made me think out the box and given me time to create beautiful music. I always thought I don’t have patience, but I’ve had to learn to be calm and patient for a brighter day will come,” he says.

Vusi is currently working on his next album themed “inspirational song” and he will announce a release date closer to the time.

We live in a world where facts and fiction get blurred
In times of uncertainty you need journalism you can trust. For 14 free days, you can have access to a world of in-depth analyses, investigative journalism, top opinions and a range of features. Journalism strengthens democracy. Invest in the future today. Thereafter you will be billed R75 per month. You can cancel anytime and if you cancel within 14 days you won't be billed.
Subscribe to News24
Related Links
Vusi Nova speaks out about recent health scare after missing a performance
Vusi Nova shares his experience of being pelted with cans while on stage
Vusi Nova on his heartbreak , hijacking and new album
Next on Drum
Gone but not forgotten – Killer Kau, Mpura and artists who died alongside them honoured a year later