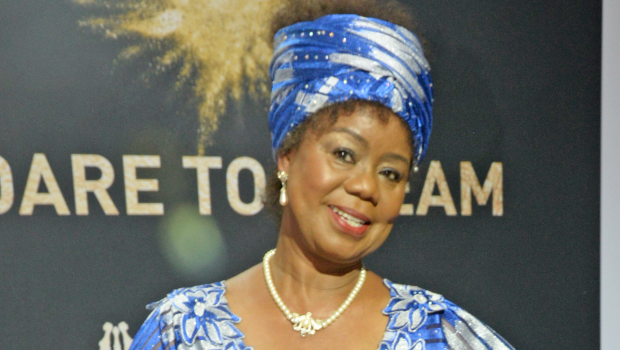 Multitalented Thembi Mtshali-Jones may have been in many TV shows in her life, but many would not know her if you didn’t mention her role in CCTV’s sitcom ’Sgudi ’Snaysi. She played aspiring singer named Thoko Dube. She can be counted among legends of our lifetime and she’s got awards to prove it.

Be it a serious or comedic role, Thembi will make you believe it’s real. Her acting range is impeccable, from young Thoko to sarcastic shebeen queen Hazel in Stokvel or even President Dineo Nkgatho in 90 Plein Street. Thoko made her a household name to a point where even former statesman Nelson Mandela personally thanked her for entertaining him while he was in prison. Not knowing later she would get a role where she would portray the first female president of South Africa in a series. Now she’s the only living lead act from ’Sgudi ’Snaysi.

Over the years she’s become accustomed to subbing shoulders with the who’s who of showbiz, locally and globally. She’s worked with jazz maestros Abdullah Ibrahim, Miriam Makeba and Hugh Masekela. Thembi sang for Madiba at his 80th birthday celebrations. Speaking of presidents, she also performed for Thabo Mbeki in 2004.

Her contribution to the arts has not gone unnoticed. She’s received numerous awards, but the highlights are her lifetime achievement gongs. In 2009 and 2015, Thembi received the lifetime achievement awards from the City of Durban and the Arts and Culture Trust respectively. This year she was honoured with another living legend award from the National Black Theatre Festival in Winston-Salem, USA.

I called my whole country to celebrate with me when I accepted my Living legend award on Monday. You made me!

In celebration of her 70th birthday, the Durban-born star has documented her life story in her book, Theatre Road: My Story As Told to Sindiwe Magona – who is her friend. The biography records her life from a young girl in rural KZN to the living legend that is celebrated world over.

Next week November 7, will be my 70th birthday. To celebrate this milestone, my biography 'Theatre Road: My Story' as told to Dr Sindiwe Magona, published @karavanpress will be launched in my hometown, Durban @BatCenter, Sat. 9 November 2019 @ 12-2pm. With the evening concert @19:00-21:00hrs.Different artists will perform. Please join us. #artistlife #Godisgoodalways #celebratelife

We live in a world where facts and fiction get blurred
In times of uncertainty you need journalism you can trust. For only R75 per month, you have access to a world of in-depth analyses, investigative journalism, top opinions and a range of features. Journalism strengthens democracy. Invest in the future today.
Subscribe to News24
Next on Drum
Ayanda Ncwane comforts Connie Ferguson – Nothing will make sense to you today